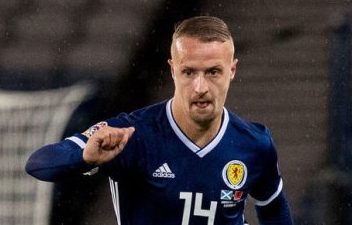 After all but giving up on ten in a row, Celtic’s Scotland contingent could now be in for more disappointment when Scotland kick off at the Euros in June.

The under-achieving Hoops stars, who have formed the core of the national team for the past few years, have been miles off their best this campaign.

Yes, Steve Clarke is likely to be loyal to the players who got his team to their first major tournament in 23 years, but there is competition for places and he won’t be sentimental when it comes to selection.

Callum McGregor has been one of the first names on the team sheet and will still believe he should start the opening fixture against the Czech Republic on June 14th.

However, Stuart Armstrong is having a brilliant season with Southampton in the Premier League and could slot in beside the impressive Ryan Jack and John McGinn.

Clarke is also a big fan of last November’s penalty shoot-out hero Kenny McLean, who is strutting his stuff for Norwich City.

If the former Killie boss does alter his formation and revert to a 4 at the back, it could see Manchester United’s Scott McTominay pushed forward into the centre of the park, also at McGregor’s expense.

Ryan Christie scored the vital goal away in Serbia and has been outstanding for Scotland under Clarke but his domestic form has been way off, which has seen him drop in and out of the Celtic team this season.

The left footer has just 3 goals in 22 games. He scored 11 in just 2 more matches last time round.

If Hoops fans were asked who they would rather start at the weekend, Christie or David Turnbull, it would be the latter, who will surely be included in March’s upcoming senior squad, whilst Ryan Fraser of Newcastle United is also vying for that one free role behind Lyndon Dykes.

He has just 5 goals in the league, less than half of Hibernian’s Kevin Nisbet, who although still uncapped, was subject of a rejected £3m bid from Birmingham City last month.

No more than 3 out and out forwards will be in the final 23 man squad, so Griffiths must start scoring to secure his seat on the plane.

Another Hoops star who may fall to the 23 man cull is Greg Taylor. The full back has been in every squad for the last 18 months but has alternated with loan defender Diego Laxalt this season.

James Forrest was Scotland’s Player of the Year in 2018 but has not featured since September with a fractured ankle and although his absence has been sorely missed, his return must be magnificent if he is to get back into Clarke’s thoughts.

Celtic keeper Scott Bain has not been seen in a Scotland jersey since the disastrous 3-0 defeat to Kazakhstan in 2018 and is making no great shakes at Parkhead, so I don’t expect him to fly.

Celtic’s Scotland group will be fully focused on trying to close the 23 points gap between themselves and Rangers and become a winning machine again.

But as the summer creeps ever closer, the doubt over international implications of this season’s debacle will surely only grow.