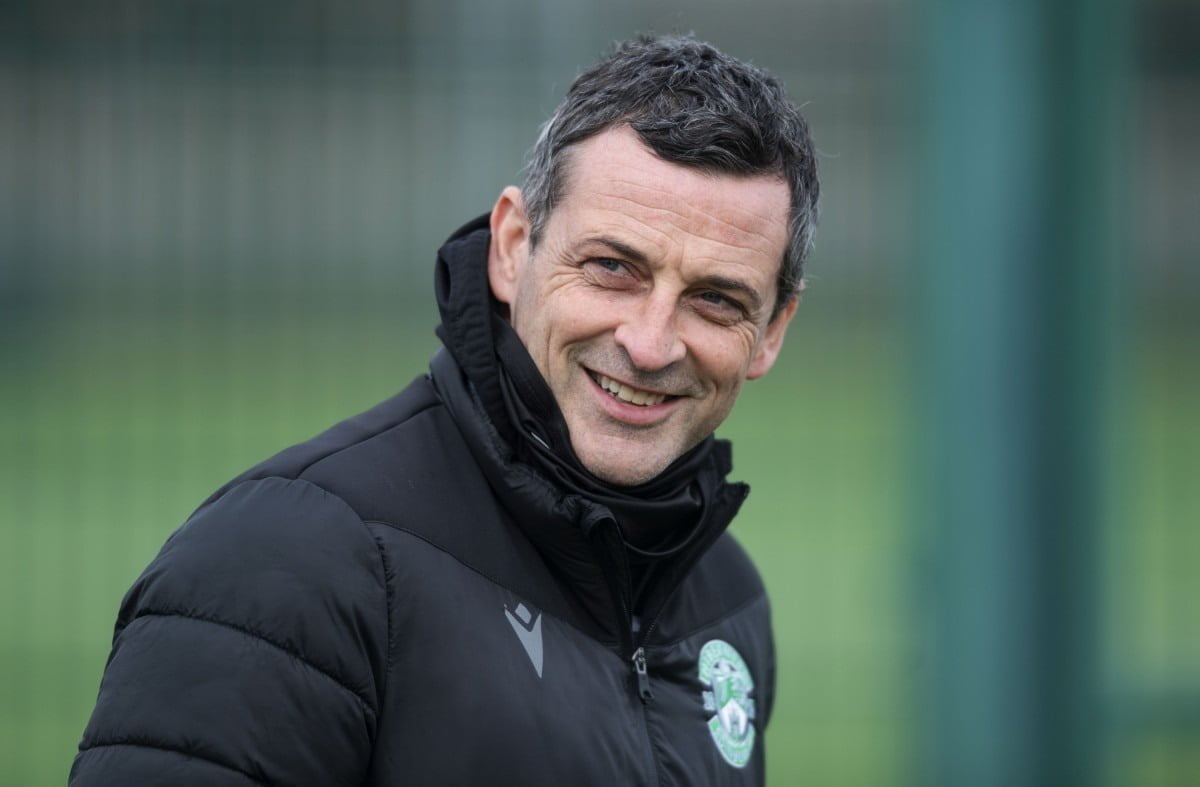 GABRIEL ANTONIAZZI: Now is the time for Jack Ross to deliver for Hibs

Hibs have the third best squad in the country, and surely this season, a third place finish and another Scottish Cup is well within their grasp.

Jack Ross’ men are four points clear of fourth place with just four games to go and finishing third would be their best league finish since 2005.

Their squad is deep and impressive, two strong goalkeepers are supported by the bulk of the 2016 Scottish Cup winning defence, as well as the capable Paul McGinn and young talents Ryan Porteous and Josh Doig, who are also heavily influential to the side.

In midfield, Joe Newell and Jackson Irvine present two of the best Number eights outside of Glasgow, whilst Jamie Murphy, Chris Cadden, Drey Wright, Alex Gogic and Kyle Magennis have all proven themselves to be able players with other clubs in Scotland.

Up front, Kevin Nisbet has been a revelation, already bagging 13 league goals on his debut top flight season.

Christian Doidge can score, but does a lot of the dirty work too, with Martin Boyle often taking the limelight, usually for the right reasons with his goals and assists.

There is so much competition for places that Stevie Mallan and Scott Allan have had to go out on loan for game time, as well as promising youngsters Jamie Gullan and Fraser Murray.

Clearly, Ross has been backed since his arrival 18 months ago and now it is the time for him to deliver.

A seventh placed finish last season was acceptable, considering he came in half way through the campaign, only for it to be ended by the pandemic last March.

Ross has been able to make his team adaptable with their constantly changing formations, a real danger on the counter attack, especially away from home, and also a team who can comfortably beat the sides below them week in week out.

However, he has struggled in his biggest games and his most significant victories would either be an Edinburgh Derby win at Tynecastle against a soon-to-be-relegated Hearts, or February’s 2-0 triumph over Aberdeen, which put Hibs in the driving seat for third and all but ended Derek McInnes’ reign at Pittodrie.

Despite this, Ross still has negative records against both the Jambos and the Dons, and has not beaten either of Celtic or Rangers with three draws from 11 attempts.

Hibs’ cup record is impressive at first glance, reaching the last three semi-finals, but every time it has been heartbreak at Hampden.

Admittedly, it was Paul Heckingbottom in charge when Celtic hammered them 5-2 in the 2020 League Cup, but Ross oversaw a damaging loss to rivals Hearts in extra time on Halloween and a 3-0 thumping from St Johnstone in the League Cup this January. Hibs were favourites both times.

Ross has constantly stated that one of the season’s aims is to lift silverware and the cup is there for the taking. They travel to League Two Stranraer this weekend, which should be a foregone conclusion, and would set them up with a home quarter-final against Motherwell or Morton.

Considering that one of the Old Firm will be eliminated come Monday, Hibs should be aiming to lift the oldest trophy in world football again.

Speaking to owner Ron Gordon last week, he admitted that one or two of Kevin Nisbet and Ryan Porteous will be sold this summer, meaning replacements must be found.

With Aberdeen set to heavily back a new management project in the North East, perhaps now will be Hibs’ best chance for finishing third and lifting silverware, and it is a chance they must not pass up.

Those achievements would see them enter the Europa League play-off stage for next season, guaranteeing them group stage football, either in that competition or the new UEFA Conference League.

Hibernian have never played in a European group stage in their 146 year history. Breaking that duck would be just reward for such an impressive campaign.