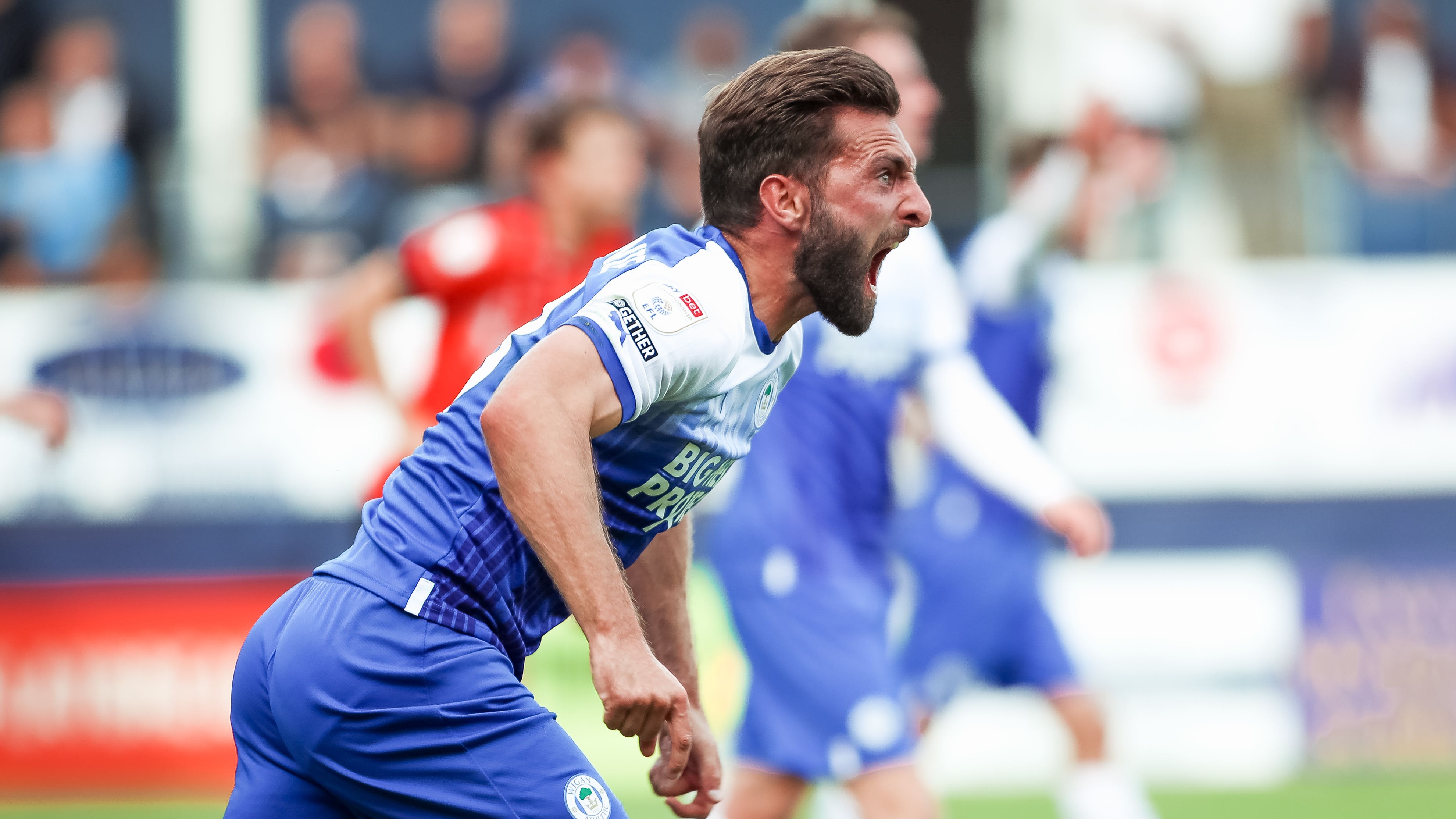 Graeme Shinnie revealed he always thought he would re-sign for Aberdeen as he prepared to return to action at Pittodrie.

The former Dons skipper is in the squad to face St Johnstone on Saturday after rejoining the club on loan from Wigan.

Shinnie spent four years at his home city club before leaving for Derby in 2019 and the midfielder believes he comes back a better player.

“This was the move that I wanted,” the 31-year-old said. “There were other options on the table, but this was the one that felt right for me. I felt that it was the right time for me to come back and the excitement is there to try and help the team.

“I wasn’t featuring for Wigan which was frustrating, so it was a case of, if it wasn’t wanted there then I needed to go and play somewhere else.

“I had kept in touch with the chairman over the years and contact was made and things were sorted pretty quick – and before I knew it I was back up the road.

“I always felt that I would come back and I’ve always kept an eye on it.

“When I left at that point it was a very, very hard decision. I loved my time here, both with my football and where I was at with the club. I had loads of good friends and people around the club, so it was a very difficult decision for me.

“But I wanted to test myself in England and I managed to go and do that. But as I say, I always had it in the back of my mind that I had a vision about coming back and here we are now.”

The former Inverness player added: “I feel that I am a better player now. I’ve had different managers and different styles of football, so I have had to adjust to how managers wanted me to play.

“As much as I love the nitty-gritty side of the game, I have had to adjust to getting on the ball in different areas.

“Under Wayne Rooney we played a very specific type of football where the midfielders would pull out into the full-back areas and let them push on.

“Learning these different roles and styles of play has helped me and it’s about taking that in and going out and doing what the manager wants us to do.”

Aberdeen also announced the signing of 21-year-old Slovakian midfielder Patrik Myslovic on Thursday night, initially on loan from Zilina, but fans will have to wait until his work permit process is completed before seeing him in action.

Quotes from the under-21 international’s parent club suggested that Myslovic was set to replace a departing loan player but Dons boss Jim Goodwin insisted that Liverpool midfielder Leighton Clarkson was staying at Pittodrie until the end of the campaign.

“We don’t intend on losing any of the central midfield players in this window,” Goodwin said.

“We have had continuous dialogue with Liverpool about the develop of Leighton Clarkson, they have been keeping close tabs on him.

“Leighton is not going to go back into Liverpool’s first team right now, I think he realises that.

“We want to help Leighton continue to develop and our understanding of the situation is that he has a long-term Liverpool contract and that he will go back there in the summer. But he is very much an Aberdeen player between now and then.”

Goodwin added: “It’s fair to say we could do with another defender and that’s an area we will turn our focus to and have been focusing on for a number of weeks.”