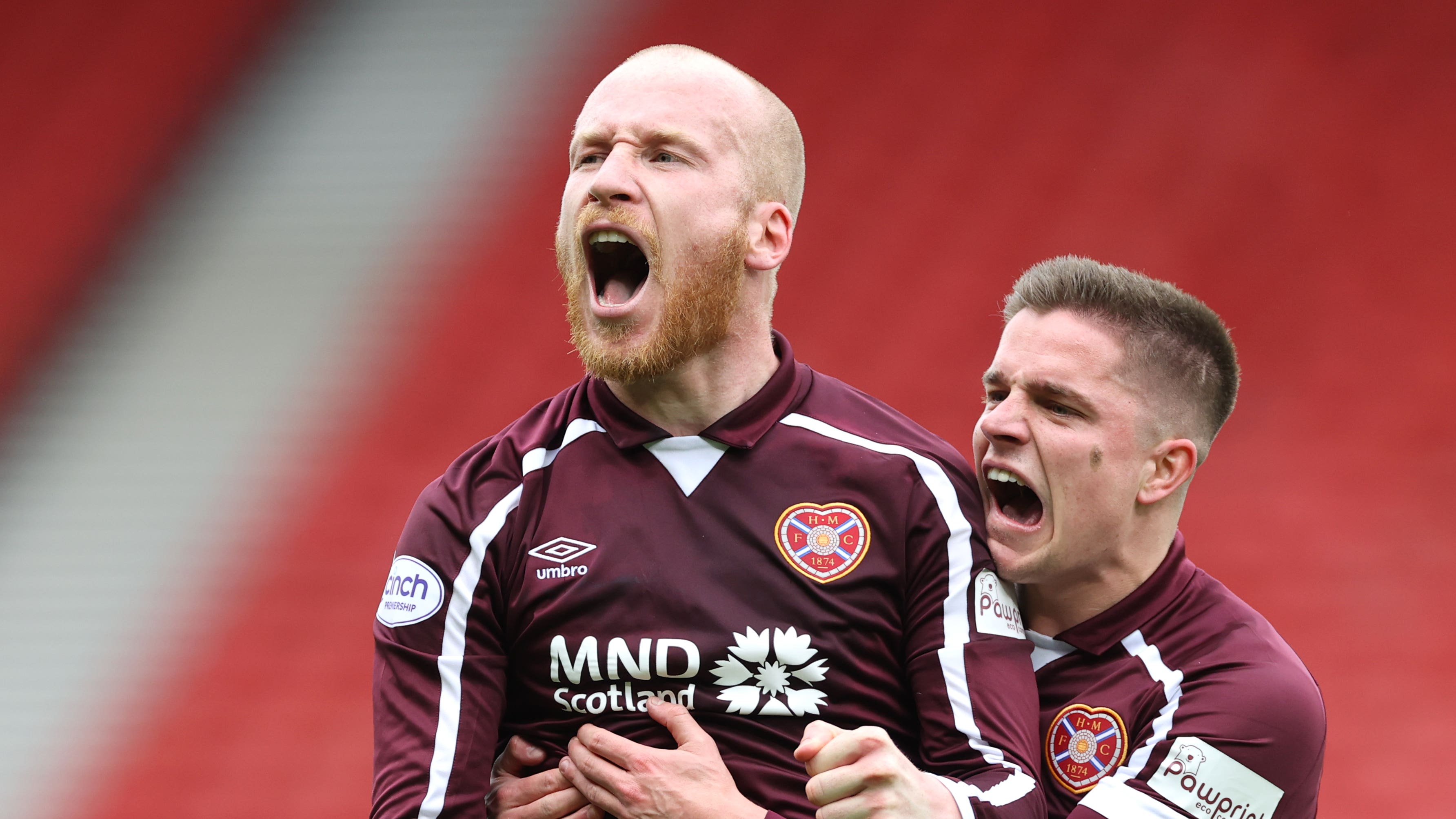 Robbie Neilson called Liam Boyce “an integral part” of the Hearts team after the injured striker signed a new contract until the summer of 2024.

The 31-year-old’s initial deal was due to expire at the end of this season and after he tore his ACL in August and was ruled out well into the new year, there was some doubt about whether he might have kicked his last ball for the Jambos.

However, Hearts have moved to ensure the Northern Ireland international – their top scorer in each of the previous two seasons – will remain at Tynecastle next term. There is the option of a further year on the new contract.

“He’s an integral part of the team and really suits our style of play, so to know that he’s going to be here longer is really positive.

“We’re not rushing him, he’ll continue to rehab and build up his fitness. When he’s ready to be involved then we’ll involve him.”

Boyce, who joined Hearts from Burton Albion in January 2020, had no doubts about his decision to remain with the Edinburgh club.

“There was a bit of interest as I came into my last season, but I always knew that I wanted to stay,” he said.

“My family is settled here and my daughter is in school. I’ve enjoyed every minute of my time here over the last three years and been able to play well along with feeling like a big part of the team. I’m glad it’s sorted and now I’m fully focused on getting back.

“I’ve always said that this is the biggest club I’ve played for. Even in my very first game where I scored against Rangers, the atmosphere was amazing right from the start.  “To see us grow as a team, from being demoted, along with the way we play, it all just suits me as a player. It’s great to be a part of this, and hopefully be here for as long as possible. “Everyone wants to win something, and we’ve gone close a couple of times now. I would love to win a trophy and have something to celebrate with the fans. The transformation the club has done in my time has been incredible. We want to keep getting better and better.” ­