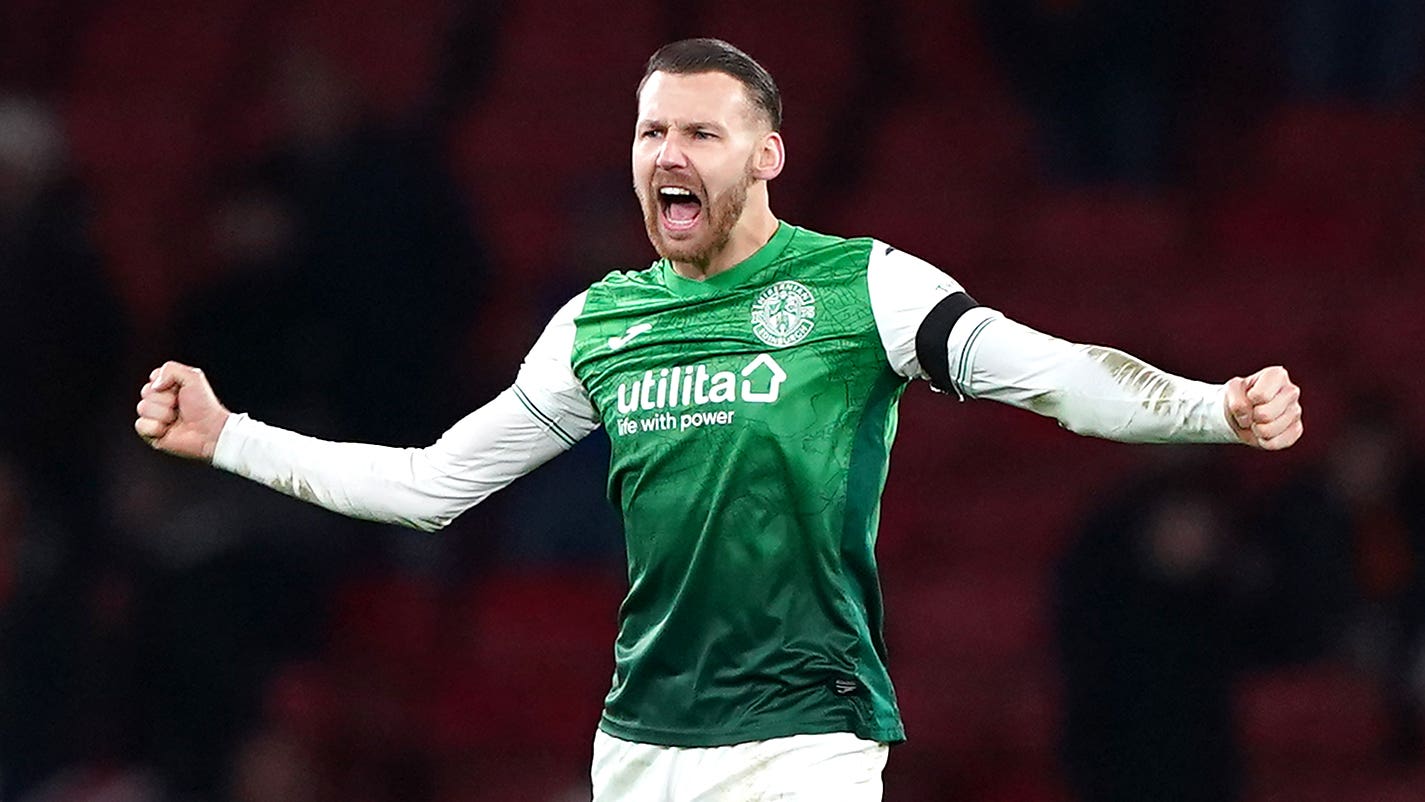 Hibernian rise to third with comfortable victory over St Mirren

Hibernian climbed back up to third place in the cinch Premiership with a comfortable 3-0 victory over St Mirren.

Martin Boyle opened the scoring from the penalty spot in first-half stoppage time before Myko Kukharevych and Ewan Henderson also found the target.

However, with the World Cup just under three weeks away, there was concern for Australia international Boyle when his afternoon came to a premature end in the second half with a knee problem.

St Mirren twice tested Hibs goalkeeper David Marshall in an entertaining first half but failed to lay a glove on the Leith outfit after the break.

There was no shortage of openings at both ends of the pitch during a lively start to the game.

The home side thought they had taken the lead in the seventh minute through Kukharevych only for VAR rule that Marijan Cabraja was offside in the build-up from Joe Newell’s sublime pass.

Newell was involved again moments later when he lifted a delicate pass to Ryan Porteous, but the defender volleyed inches wide from a tight angle.

Although spending the majority of the half on the back foot, St Mirren still managed to work Hibs goalkeeper David Marshall.

Jonah Ayunga did well to create space up against Rocky Bushiri, but the forward’s low drive was brilliantly pushed behind by Marshall.

Saints keeper Trevor Carson was then called into action to make a point-blank save to repel a close-range Boyle volley.

Back came St Mirren and Curtis Main was this time denied by Marshall with a low effort.

The chances dried up as the game approached the interval, but it was Hibs who went in at the break in front following Boyle’s penalty.

VAR official Greg Aitken advised on-pitch referee Don Roberston to review claims for a Richard Tait handball in the box from a Chris Cadden shot and he pointed to the spot.

Hibs were dealt a blow just nine minutes into the second half when Boyle was forced off injured.

Elias Melkersen came on, but that change had no effect on Hibs as Kukharevych finally got his goal in the 63rd minute.

The Ukrainian outmuscled Alex Gogic inside the box to get on the end of Henderson’s pass before curling a superb finish beyond Carson.

Melkersen’s shot deflected into the attacking midfielder’s path just inside the area and Henderson placed a calm finish high into the net.