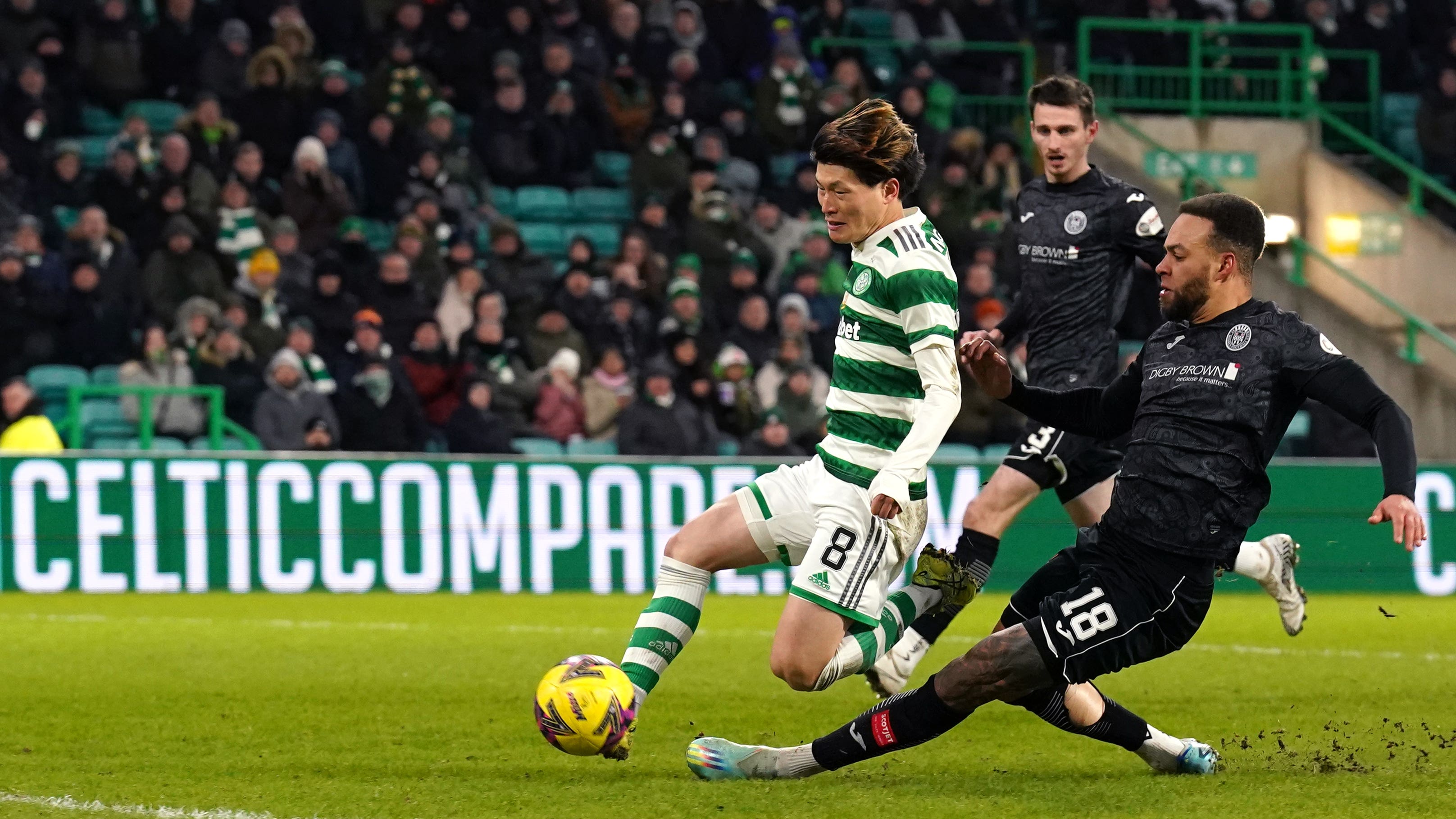 By By Gavin McCafferty PAJanuary 18, 2023No Comments

Kyogo Furuhashi hit a double as Celtic consolidated top spot in the cinch Premiership with a 4-0 victory over St Mirren.

With Giorgos Giakoumakis absent and seemingly on his way out of the club, the Japanese striker perhaps showed why Ange Postecoglou appears to be so relaxed about the prospect of losing his top league goalscorer from last season.

Furuhashi took his recent tally to seven goals in as many games as his ability to play just on the shoulder of the last man twice paid off after lengthy VAR checks.

Liel Abada had earlier put the champions ahead in the 15th minute and substitute David Turnbull hit a brilliant fourth as Celtic dealt impressively with the only team to have beaten them in the league this season.

Giakoumakis has been heavily linked with a move to Japanese side Urawa Red Diamonds but Postecoglou stated before the game that a minor injury was behind his absence, as well as that of centre-back Cameron Carter-Vickers.

The latter’s injury allowed Yuki Kobayashi to make his debut and the Japanese player delivered an assured performance, while Josip Juranovic started at left-back to accommodate the fit-again Alistair Johnston.

St Mirren had the ball in the net early on following some sustained goalmouth action but Curtis Main was flagged offside.

The hosts took the lead after a Matt O’Riley corner. Trevor Carson saved brilliantly from Carl Starfelt’s volley before Kobayashi hit a post and Abada lashed home the second rebound.

St Mirren were playing with two up front and continued to cause problems. Joe Hart stretched to claw away Jonah Ayunga’s long-range effort and Kobayashi came to Starfelt’s rescue to block from the same player after the Swede had gifted possession away.

Celtic doubled their lead in the 35th minute. Reo Hatate curled a ball in behind Charles Dunne and Furuhashi lobbed Carson in impressive fashion.

Jota was causing problems with some sublime touches and teasing low crosses and the winger set up Furuhashi to net again in the 53rd minute. The goal was initially chalked off but a VAR check reversed the decision.

Furuhashi was correctly flagged offside after setting up substitute James Forrest to net and the Japanese striker was afforded a rest for the final 10 minutes as Daizen Maeda came on through the middle.

St Mirren defender Declan Gallagher saw his header hit the top of the crossbar before Turnbull struck from 25 yards after Celtic worked a short corner towards the former Motherwell midfielder in the 86th minute.

The visitors kept plugging away going forward and Hart made a brilliant one-handed stop from Alex Gogic.