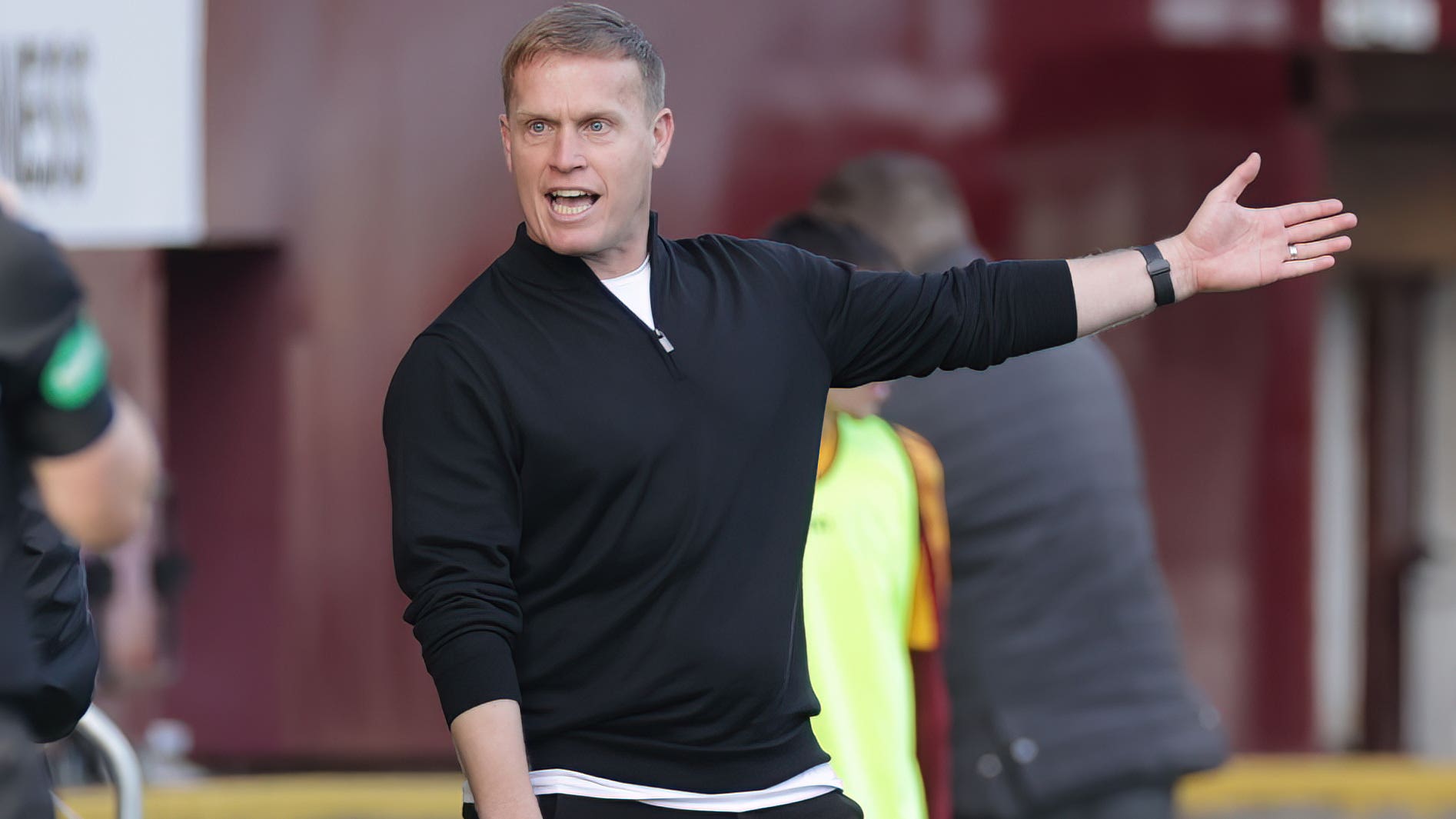 Injury-hit Motherwell ‘beyond the bare bones’ for St Johnstone game

Motherwell manager Steven Hammell will ask his injury-hit squad for one final push before the mid-season break as they bid to turn the fine margins in their favour.

Motherwell lost 2-1 to Celtic on Wednesday to suffer a fifth defeat in six cinch Premiership games – and all have been by one-goal deficits.

The narrow loss was costly given four players picked up injuries. Bevis Mugabi went off with a knee injury after a heavy collision which looks set to rule him out of Saturday’s trip to face St Johnstone.

Kevin van Veen appeared to suffer a dead leg early on, moments after hitting the post, and did not appear for the second half. Stuart McKinstry also went off with a knock and goalscorer Ross Tierney suffered an issue which makes him a doubt for the Perth encounter.

Paul McGinn had dropped out of the squad before the game with a knee injury to join long-term absentees Jake Carroll, Nathan McGinley and Paul McGinn on the sidelines.

With Louis Moult being carefully managed following injury, Hammell faces a challenge getting a squad together.

Hammell said: “We have got a lot of issues. Bevis came off and it looks pretty serious. Kevin has picked something up, Ross Tierney, Stuart McKinstry.

“So we are well beyond the bare bones, the squad is being stretched to the absolute maximum.

“You see what we are playing against there, the level of quality that didn’t even manage to get on to the pitch. We are competing well but ultimately just a little bit short.

“That’s been consistent with our whole season. Again it’s a narrow loss by the odd goal, against very good opposition – it’s one of the best teams I have seen in the league in years – and we are absolutely at the bare bones. We are actually past the bare bones now.”

Motherwell caused Celtic problems in the second half and Moult was agonisingly close with a header that bounced over, before Daizen Maeda got the champions’ second in the 84th minute.

Hammell said: “We try and win every game we play. I know that’s not the way it is working out just now. We put a lot into the game again but at no point this season have we come away thinking ‘we were well beaten there’. Not once.

“We are putting a lot in without seeing the end product and I understand that’s the most important thing. It’s important that we turn that around.

“The boys have been fantastic, the work-rate and effort, especially second half, they put a lot into it. It’s been a tough period, fixtures have been very difficult and they are coming thick and fast but we know the importance of the game at the weekend and how important it is that we go into the break on a positive note.

“But we’re going to ask the same group of boys to push again. They have been great for us so far and whatever we have got available to us come Saturday we will give it our all.”