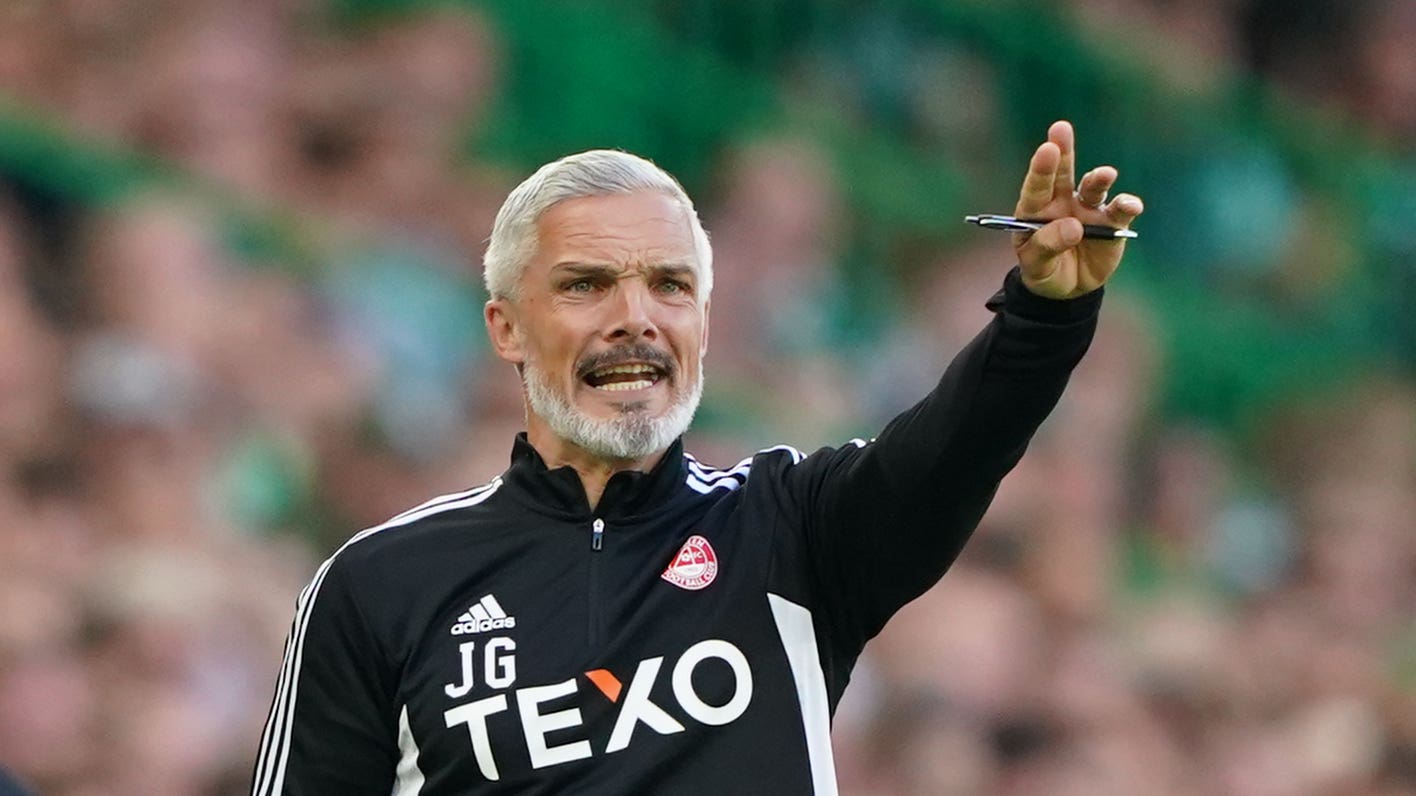 By By Gavin McCafferty PAOctober 12, 2022No Comments

Aberdeen manager Jim Goodwin admits his media interviews might need to become “very boring” after he was hit with an eight-match ban for airing his thoughts on Hibernian defender Ryan Porteous.

Goodwin has already served the first game of his punishment, during Saturday’s 4-0 defeat by Dundee United, but is hoping to get the suspension reduced on appeal.

The Dons are working on an appeal which could mean Goodwin is free to sit in the dugout for Sunday’s cinch Premiership contest with Hearts and the Irishman hopes there is more leniency from an appeals panel after receiving an immediate six-game touchline ban and further two games suspended.

Goodwin was issued with two charges, relating to making offensive comments and not acting in football’s best interests, after accusing Porteous of “blatant cheating” following a penalty controversy during his side’s 3-1 defeat at Easter Road last month.

When asked what his reaction was to the sentence at the hands of a Scottish Football Association disciplinary tribunal, Goodwin said: “I’m limited to what I can say unfortunately. Without being boring on it, I can’t talk about something that’s ongoing.

“There will be an appeal and then a hearing, we will just await the outcome of that.

“But my pre-match and post-match interviews might become very boring in the future. I find it very difficult not to speak my mind but maybe in the future I will need to bite my tongue.”

The Dons are expected to argue that the punishment did not fit with previous outcomes. For example, Hearts manager Robbie Neilson accused Aberdeen midfielder Lewis Ferguson of “blatant cheating” last season and faced no charges, although Goodwin went on to claim that Porteous was a regular offender.

While frustrated over the extent of his punishment, the former St Mirren and Alloa manager vowed to learn from the episode.

“I take responsibility for my actions,” Goodwin said. “I’m disappointed what I said has brought this negative press on myself and the club. I want to be seen as a respectable young manager but sometimes there’s a lot of emotion involved in this game and someone sticks a microphone in your face 10 minutes afterwards and you say things that, in the cold light of day, you wish you hadn’t.

“I try and give a fair, honest assessment of what I’ve seen. Maybe I could have worded it differently.

“We have got the appeal coming and we will see what the outcome is. Whatever the appeals panel decide, I will accept it and learn from it and make sure I don’t make the same mistakes in the future.”