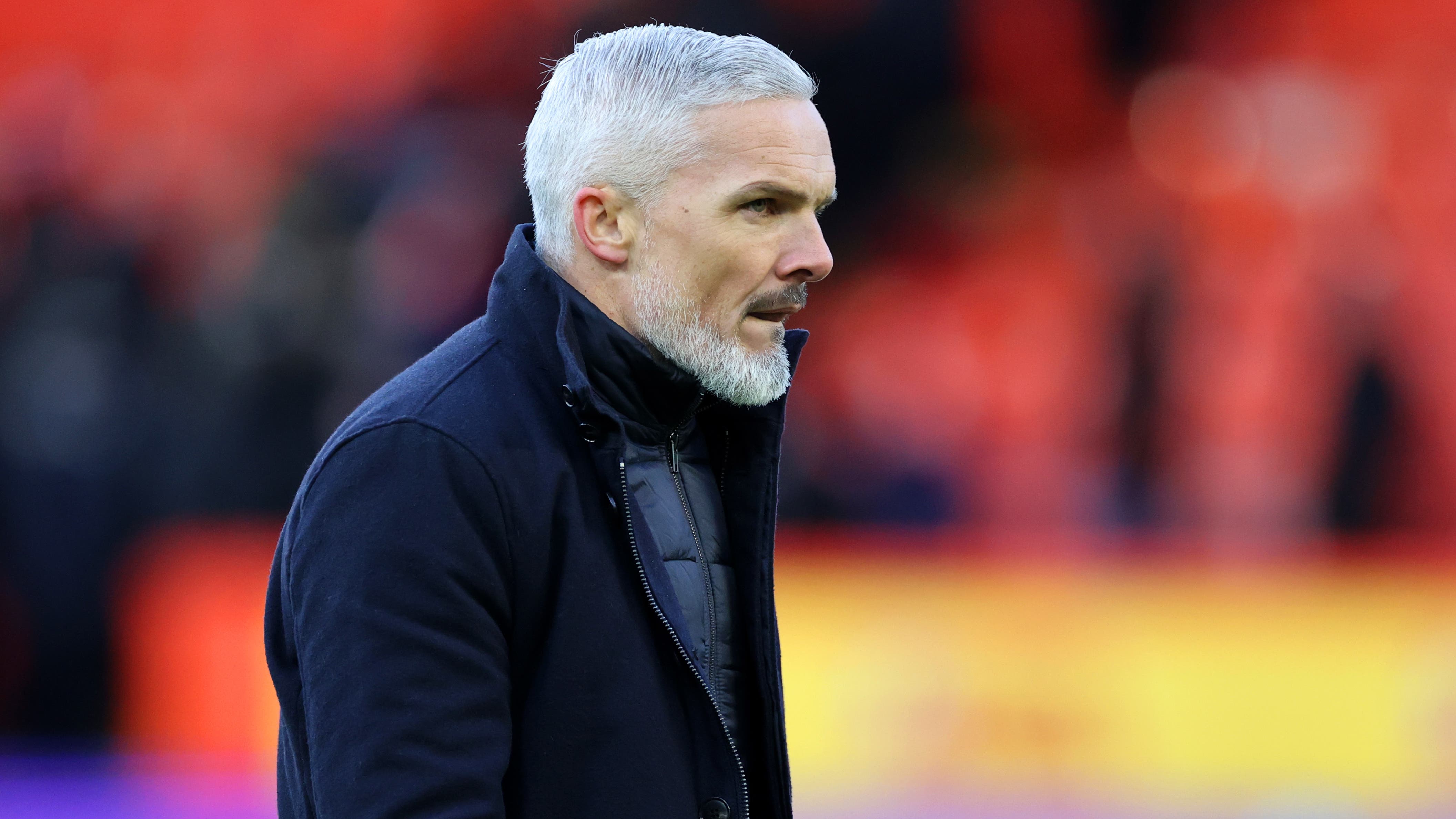 Aberdeen manager Jim Goodwin is convinced his team have the belief to upset the odds against Rangers at Hampden.

The Dons have gone 13 games without a win against Rangers, having knocked them out of both cup competitions as well as beating them in the league in the 2018-19 campaign.

Goodwin’s side are looking to emulate that team by beating the Light Blues in the Viaplay Cup semi-finals on Sunday.

Goodwin said: “You have to believe in any game that you go into that you’ve got a chance of winning, otherwise, what’s the point?

“We’ve got a very positive group. We’ve got a number of players who have played in big games already in their career so they know what to expect. A lot of them haven’t played in the national stadium before and this will be new to them, but at the same time, they won’t be overawed by the occasion.

“We’ve got great belief among the group.

“We have to have a bit of courage to play when it’s on to play. And we have to try and cause Rangers problems at the back as well because we certainly did that in the league fixture recently.”

The Dons led 2-1 in stoppage time at Pittodrie last month before Rangers midfielder Scott Arfield turned the game on its head with two goals in a dramatic finale.

With the pain of the defeat having cleared to an extent, Goodwin can take positives from the bulk of the contest.

“Of course we were extremely disappointed with how the game panned out in the last league fixture,” Goodwin said. “I think there are a number of positives that we can take from the game.

“The boys were excellent in large periods of it and we should have held out. We should have managed to hold out and win that game but for a few moments of collapse late on, we ended up losing the game.

“The good thing about the game is that it was only a few weeks ago and a lot of the preparation and the analysis that we’ve done is still very fresh and in the memories of the players.

“We’ll have to make sure we defend a little bit better in the latter stages if we’re in that situation again, and make sure we deal with those key moments better.

“There was a lot to like about the performance as well. A number of really good individual performances on the night. We scored a couple of excellent goals and collectively I thought the group gave a good account of themselves and we’re hoping for more of the same on Sunday.”