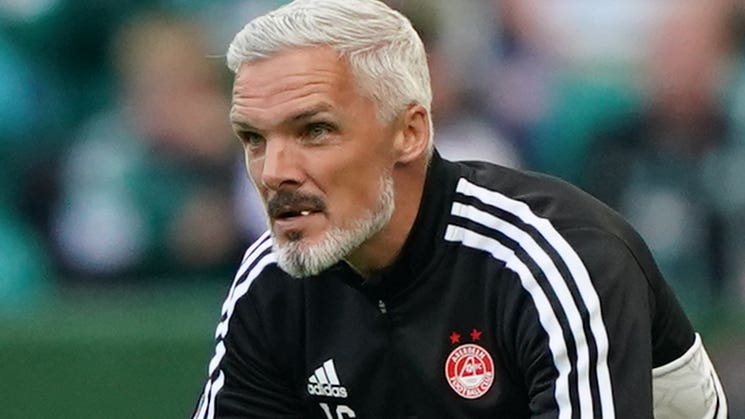 Both managers conceded they have work to do during the World Cup break, after Aberdeen narrowly defeated Dundee United to maintain third place in the cinch Premiership.

The result, courtesy of Bojan Miovski’s first-half penalty, leaves United three points adrift at the bottom of the table, as the league breaks off for five weeks.

Aberdeen head off to Atlanta for a week-long trip before releasing their players for a short break.

Manager Jim Goodwin said: “We’re delighted with the league position and reaching the semi-final of the Viaplay Cup.

“There are frustrations with certain elements of our game and we feel we should be three or four points better off, but we need to take a reality check sometimes.

“At times I can be a little too hard on the players and a little bit too expectant. We’re very much a work in progress and nowhere near the finished article.

“We’ve got real inconsistencies in our game we need to improve on. We’ll continue to work hard on that on the training ground, and hopefully come back a better team after the break.”

United head coach Liam Fox has seen an improvement in his side since taking over – initially on an interim basis – at the end of August.

United’s midweek win over Kilmarnock had lifted them off the bottom of the table, but the roles were reversed this weekend with Killie’s win over Hibernian leaving the two clubs separated by three points.

Fox said: “We’ve got a long period of time on the training pitch which is good, and I’m looking forward to it, and then it’s back to work.

“It’s a unique situation with the World Cup at this time and we get a prolonged period with the boys.

“We’re sitting bottom of the league but there’s a lot of games to go. I am seeing progress and we’ll get there.”