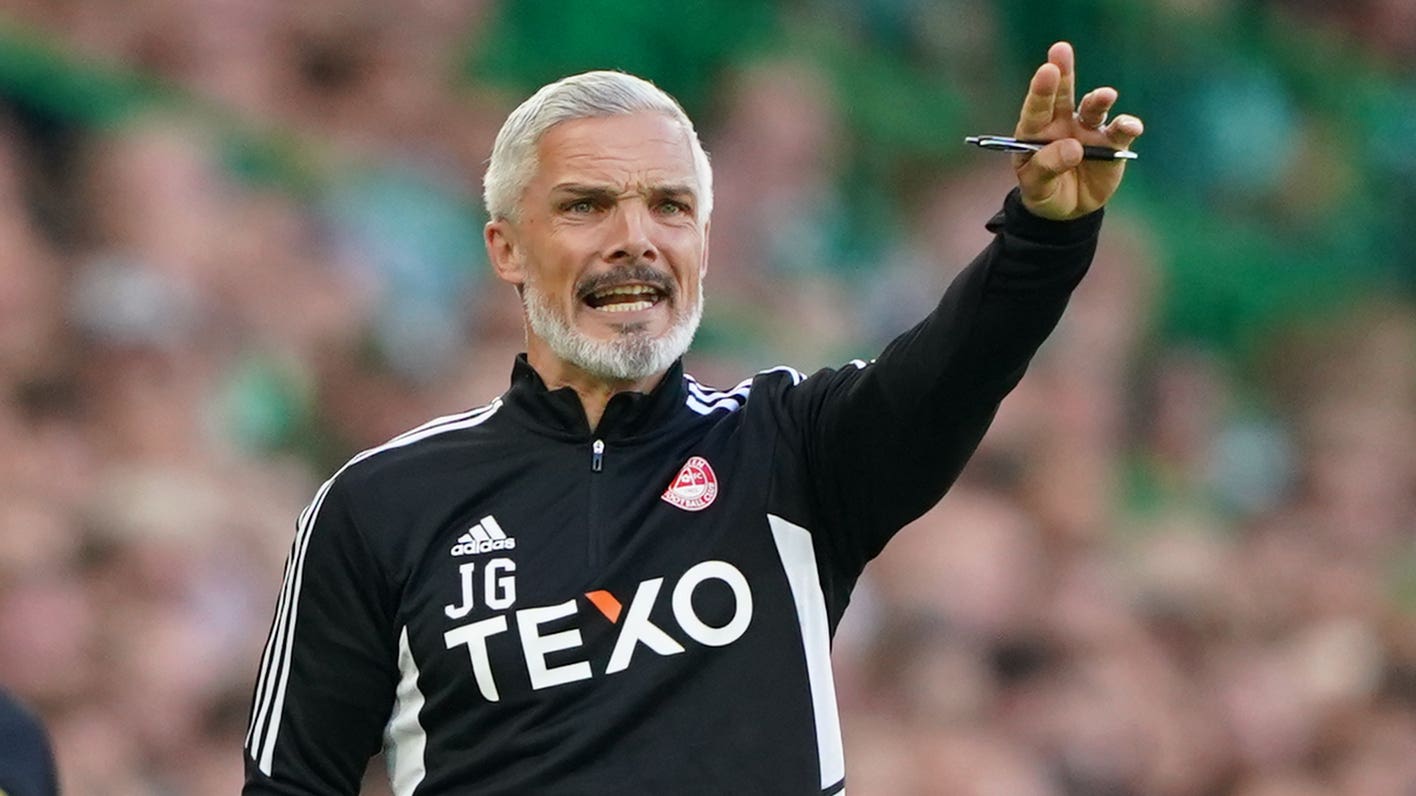 The 20-year-old’s stunning effort 11 minutes into the second half was the difference between the teams at McDiarmid Park.

Clarkson also impressed throughout the game in Perth as the Dons picked up their first cinch Premiership win on the road since last December.

Goodwin said: “He’s a quality player. Technically, we know exactly what we’re going to get. Physically, he needs to bulk up a little bit if he’s going to go back to Liverpool and play in the Premier League.

“He’s very brave on the ball, he takes it in tight areas and looks to play forward.

“That free-kick was a real bit of quality.

“I was petrified Jonny (Hayes) was going to take! I’ve not seen Jonny hit the target from a free-kick in God knows how long.

“I was shouting to let Leighton hit it and thankfully he stepped aside.

“You need that bit of individual brilliance sometimes. When you sign those quality of players, you hope you have a match-winner.

“(Bojan) Miovski has been our match-winner in games gone by. He was unlucky with the goal that was chopped off. He’s always in the right areas. But we can’t rely on one player.

“People will see a 1-0 win and think it was a close game, but we were in control and are disappointed not to score more goals.”

Goodwin was surprised when told how long it had been since Aberdeen had last picked up an away league win, which also came at St Johnstone.

He added: “I wasn’t aware of that stat. That’s quite incredible for a club of this size to have that kind of record on the road. That’s extremely disappointing and thankfully we were able to put a stop to it today.”

Aberdeen goalkeeper Kelle Roos was twice called into action to deny Graham Carey and Jamie Murphy as the home side struggled for ideas.

Davidson said: “I need to ask more of my players in the final third. They need to be more positive.

“I thought our set-plays were pretty poor as well.

“I actually feel for my lads as they put a real shift in.

“We just needed to be more clinical in what is a tough league. We need to make sure we are winning that game 1-0.

“We probably didn’t do enough at 1-0 down and were not quite good enough to get an equaliser.”