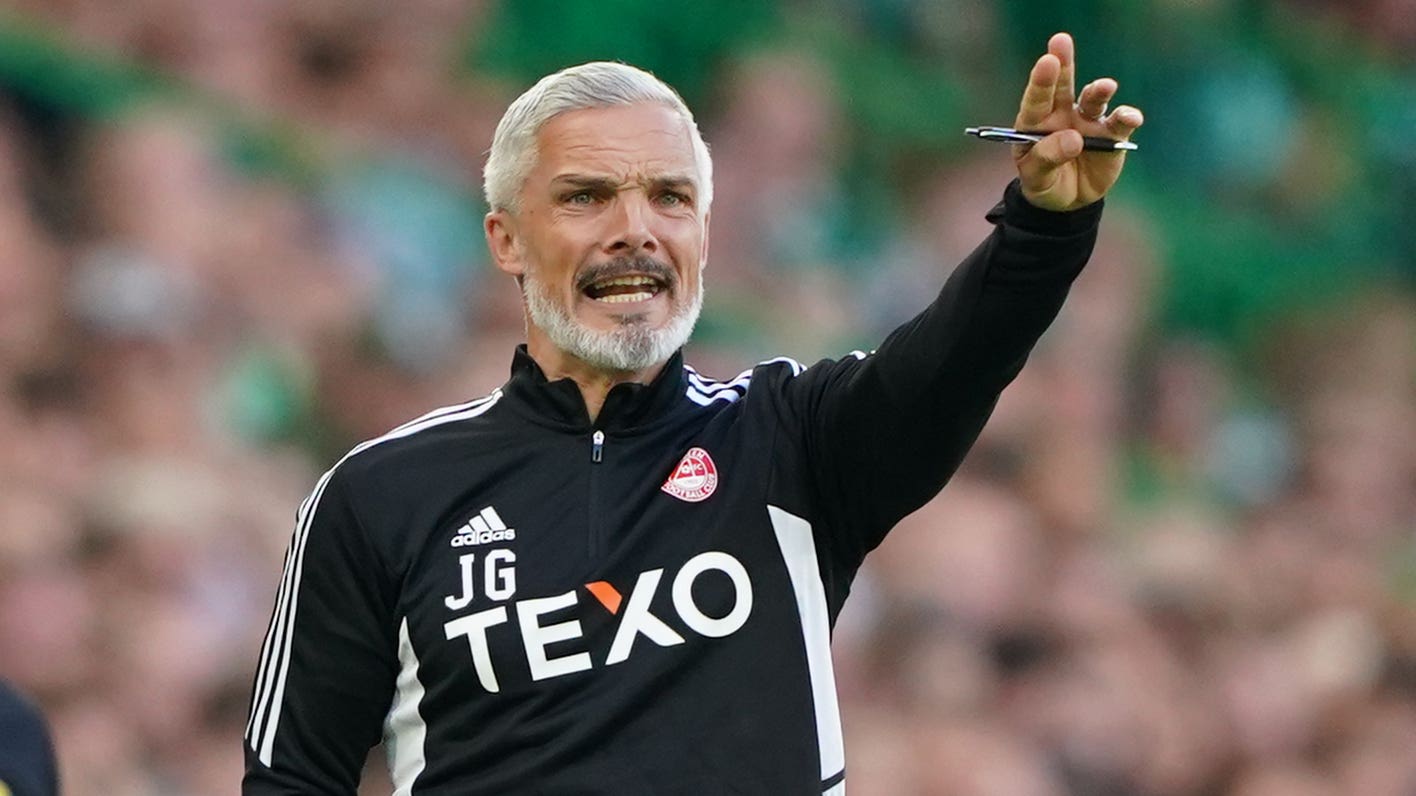 Aberdeen manager Jim Goodwin believes getting to the Viaplay Cup semi-finals is a sign of the “remarkable” progress his new-look squad have made.

But Goodwin has told his players that no one will remember the feat if they do not get past Rangers and book a return trip to Hampden.

Aberdeen reached the final four seasons ago, losing to Celtic, and had not been in the latter stages since.

The Dons have scored 20 goals in the tournament so far but Rangers are the first top-flight opponents they will come up against.

Goodwin, who signed 11 players during the summer, said: “We have made good progress from last season to where we are now this season. It’s the first time in a few years that Aberdeen have been at this stage of this competition in the semi-final.

“That is a mark of what this group have achieved in this short period of time because we have brought a number of new faces to the group in the summer and for those guys to settle into Scottish football as quickly as what they have done has been remarkable really.

“It’s worth noting that we’re not satisfied with just getting to this stage. I believe a club of Aberdeen’s size with the resources in the squad that we have available to us, this is what we should be aiming for as a minimum requirement year on year both in the League Cup and the Scottish Cup.

“With that said, it’s not straightforward. It’s not easy. You’ve got a number of other clubs out there as well who are trying to stop you along the way and I’m pretty sure some of the other big Premiership clubs would like to still be involved at this stage of the competition as well. But we’re there and we’re there on merit.

“We’ve performed really well in this competition up to now, we’ve scored plenty of goals. We have to take great confidence from that into the game on Sunday against Rangers.

Goodwin admitted he had spoken to Anthony Stewart on Thursday night and Friday morning after his skipper caused a stir at the captains’ press conference at Hampden.

The centre-back claimed Antonio Colak was a better striker than Alfredo Morelos and Stewart could face a fired-up Colombian on Sunday as the Croatian is a fitness doubt for Rangers.

Goodwin said: “I think it’s important to point out that Anthony Stewart meant no disrespect by the remarks that he made.

“I think they are regrettable. Having spoken to Anthony he realises that he probably should have shown a bit more common sense at that particular time.

“You journalists are quite clever in your approach sometimes and I think he’s allowed himself to get drawn into an area where he should know better.

“We’ll ensure that kind of remark is not made again.

“We respect Rangers, but I don’t want to spend time talking about the opposition.

“We’ve given them a lot of respect during training and in the build-up with some of the analysis.