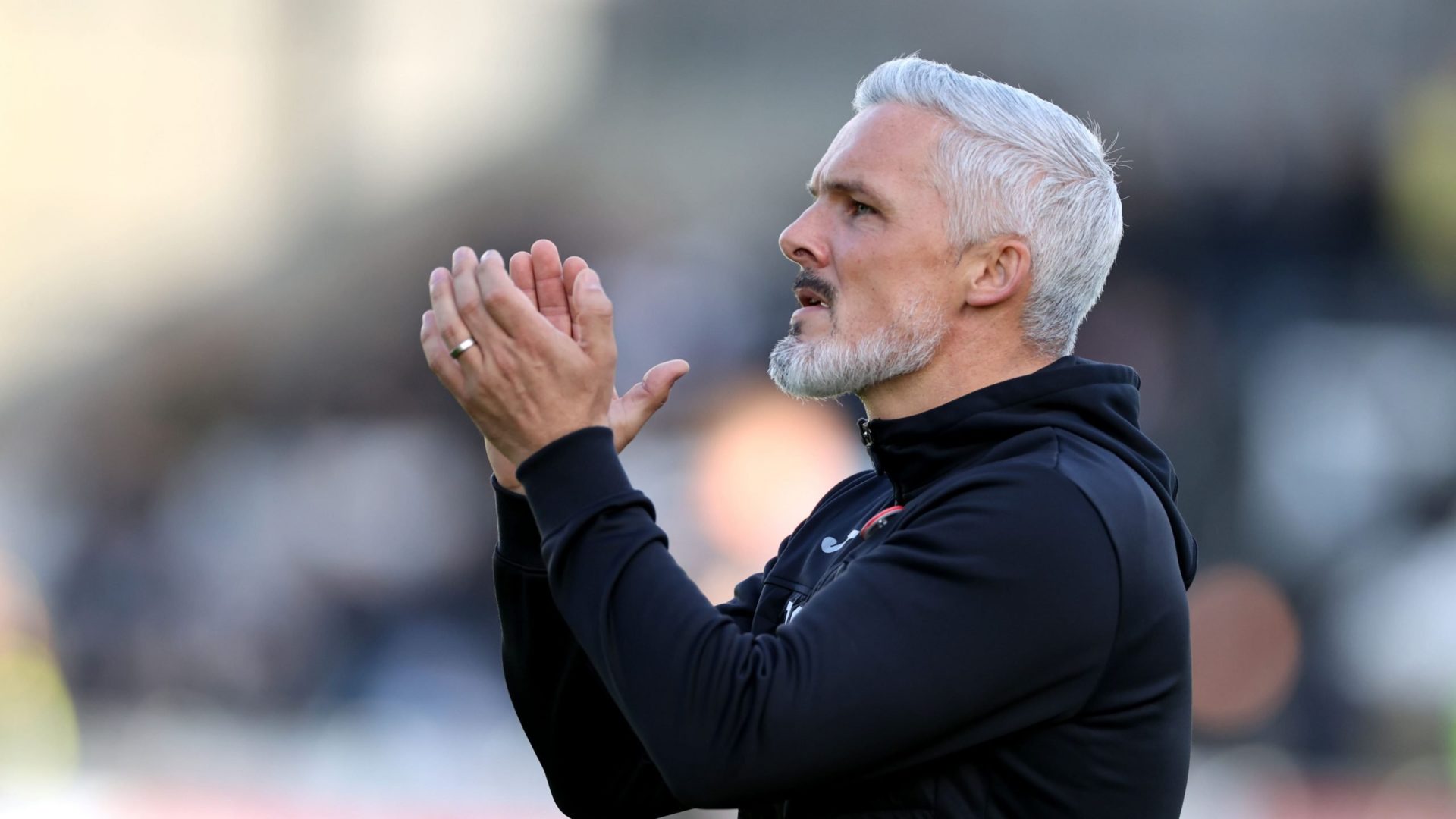 Aberdeen manager Jim Goodwin was full of praise for his young guns after the Dons overcame Dundee to all but secure their cinch Premiership status after a disappointing campaign.

Lewis Ferguson’s 73rd-minute penalty proved decisive, but in a week where SFWA Young Player of the Year Calvin Ramsay was linked with a move to the  Premier League, Goodwin lauded the contribution of all his younger players.

Ramsay, Jack Mackenzie and Connor Barron have become first choice picks for the Dons, and Goodwin said: “In a disappointing campaign, there have been positives and some of the young players are the positives we should look at.

“Jack Mackenzie has had real problems with injuries but he’s got a great attitude and real professionalism.

“There are some positives from what has been a poor campaign and hopefully those guys will improve continuously.”

Dundee’s Mark McGhee insisted his side will have to dig their own way out of trouble if they are to bridge the five-point gap to St Johnstone and lift themselves from the bottom of the table.

Asked if the Perth side’s loss to St Mirren kept his side alive, he said: “We can’t rely on St Johnstone to lose their three remaining games.

“We’ve too much respect for them – we don’t know the nature of their defeat today.

“The only thing we can control is our own three games and if we can win all of them, I think we have a chance of being in the play-offs.

“There’s still positivity, if not a little bit of disappointment after today’s result.

“We’ve shown what we’re capable of and have to take that into the last three games and see where it takes us.”