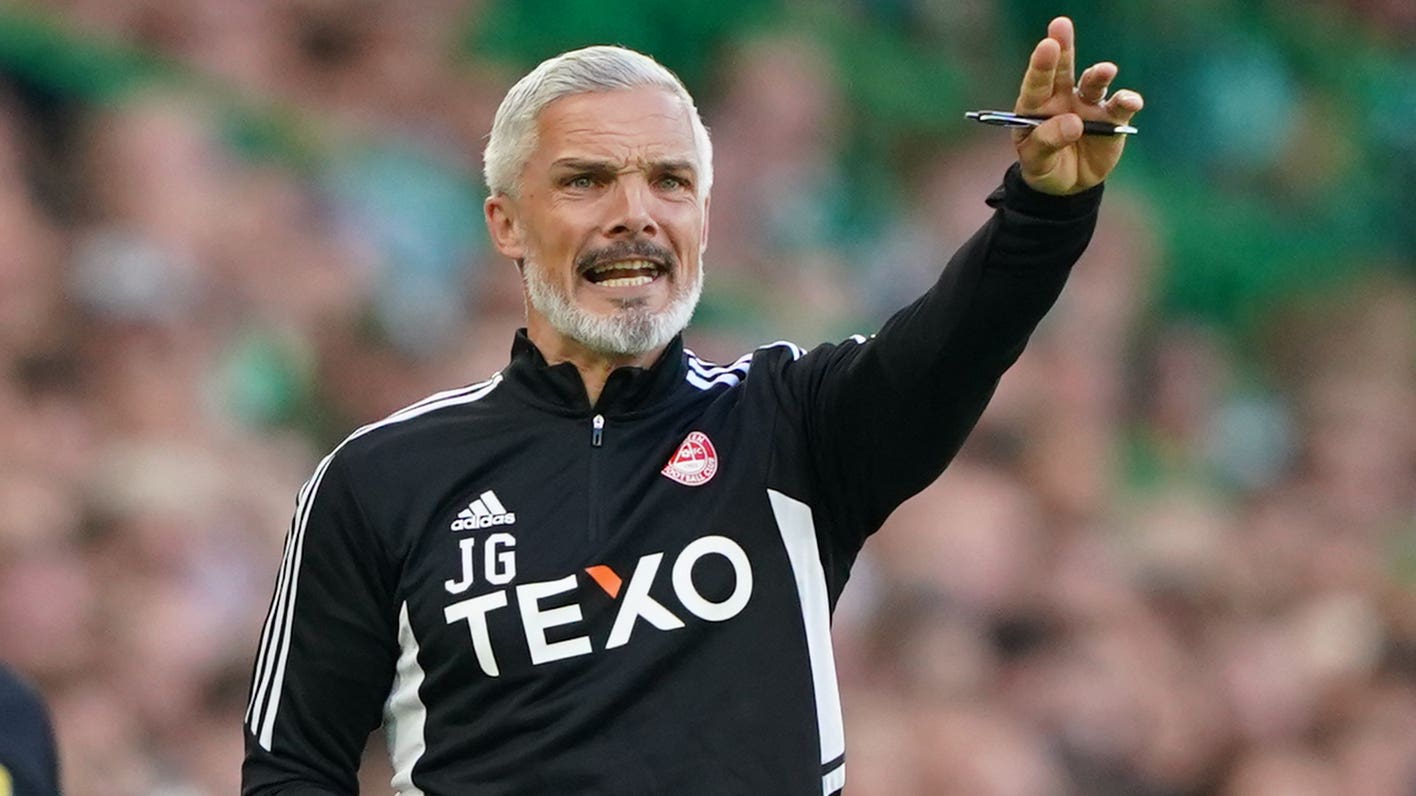 Aberdeen manager Jim Goodwin is determined to go into the mid-season break in third place in the cinch Premiership as his side bid to bounce back from a midweek defeat when they host Dundee United.

The Dons lost 2-1 at Livingston on Tuesday and face a side that beat them 4-0 last month.

But their home form has been a different story this season with five wins in six league matches and a further three League Cup wins to make it 30 goals scored in all competitions at Pittodrie.

Goodwin’s side retained third place ahead of Livingston on goal difference following their defeat in West Lothian and victory would assure them of staying there for five weeks at least.

“There’s a number of different incentives for the players,” he said. “Our home form has been exceptional all season and I’m delighted we have been able to give our home fans plenty of good football, plenty of goals to enjoy, and we have sent them home happy on pretty much every weekend this season. So we hope to do the same again.

“But we know it’s going to be an extremely difficult game. I don’t like to talk about revenge but obviously we didn’t give a good showing of ourselves at Tannadice. Take nothing away from Dundee United, their game plan was excellent. We couldn’t break them down and they hit us on the counter-attack a couple of times and that gave us a mountain to climb.

“But the biggest incentive for us is not trying to get one over on Dundee United, but making sure we win the game and maintain third position going into the World Cup break.

“Our objective before a ball was kicked, when we looked at the games before the World Cup, was to see if we could be in third place when that break comes around and in the League Cup semi-finals as well.

“So if we win on Saturday night then that will be our short-term objective achieved.

“But there is a hell of a lot of football to be played. I think Hearts will improve greatly once they get their full squad back together. Robbie Neilson has recruited really, really well and once they have a fully-fit squad no doubt they will mount a serious challenge. They are only a couple of points behind us and people are talking about them having a disappointing season.

“To close the gap on Celtic and Rangers was always going to be difficult but I think ourselves, Hearts, Hibs and possibly one or two others, St Mirren and Livingston, their target before a ball was kicked was to be in the top three or four spaces when the break came around.

“At the moment we are there but we have to win on Saturday to make sure we maintain that.”