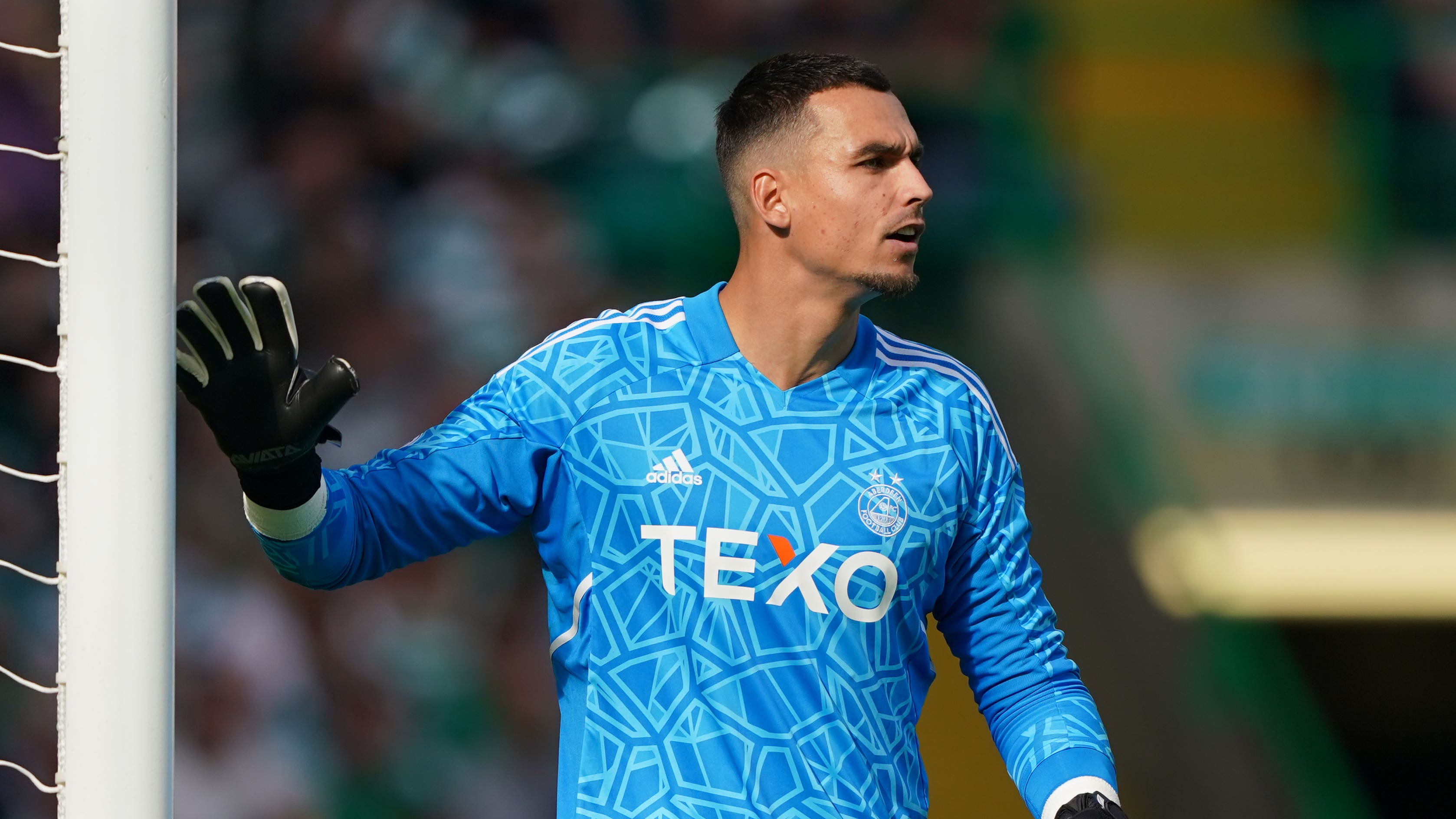 Kelle Roos will take belief from Aberdeen’s home form as the Granite City men get ready for their cinch Premiership game against Celtic on Saturday.

The Dons have won six out of seven league games at Pittodrie this season and sit in third place as the top-flight resumes after the mid-season break.

Champions Celtic, who have lost only to St Mirren in the league this season, will arrive looking to restore their lead over Old Firm rivals Rangers at the top of the table to nine points.

The 30-year-old Dutch goalkeeper, signed from Derby County in the summer, said: “The home form is something as a squad that we need to be very proud of and also something we can take a lot of confidence from.

“It has been a very strong run at home. I feel with the fans behind us we can always cause a threat, even against the best teams. So let’s see where we are at on Saturday.

“I want to be careful about saying too much about the table.

“I think we just need to go week by week as we have been doing. So far it has got us in a place that we want to be but at the same time, we have to keep showing that we belong there. The next couple of weeks we will see where we are at.

Roos insists he has benefited from the break which included a trip to Atlanta, USA.

He said: “I have never had a (mid-season) break before. I certainly feel some benefits from it.

“The break was an opportunity to reflect as an individual and as a team for the staff.

“Things have been looked at and how we can improve, as we always do, but when you have weeks when three points are not on the line, then you have more time.

“Hopefully the work we have done will pay off during the next couple of weeks.

“The games are going to come thick and fast. We have a very fit young squad with a lot of depth so hopefully that will help us perform the way we want to every game.”