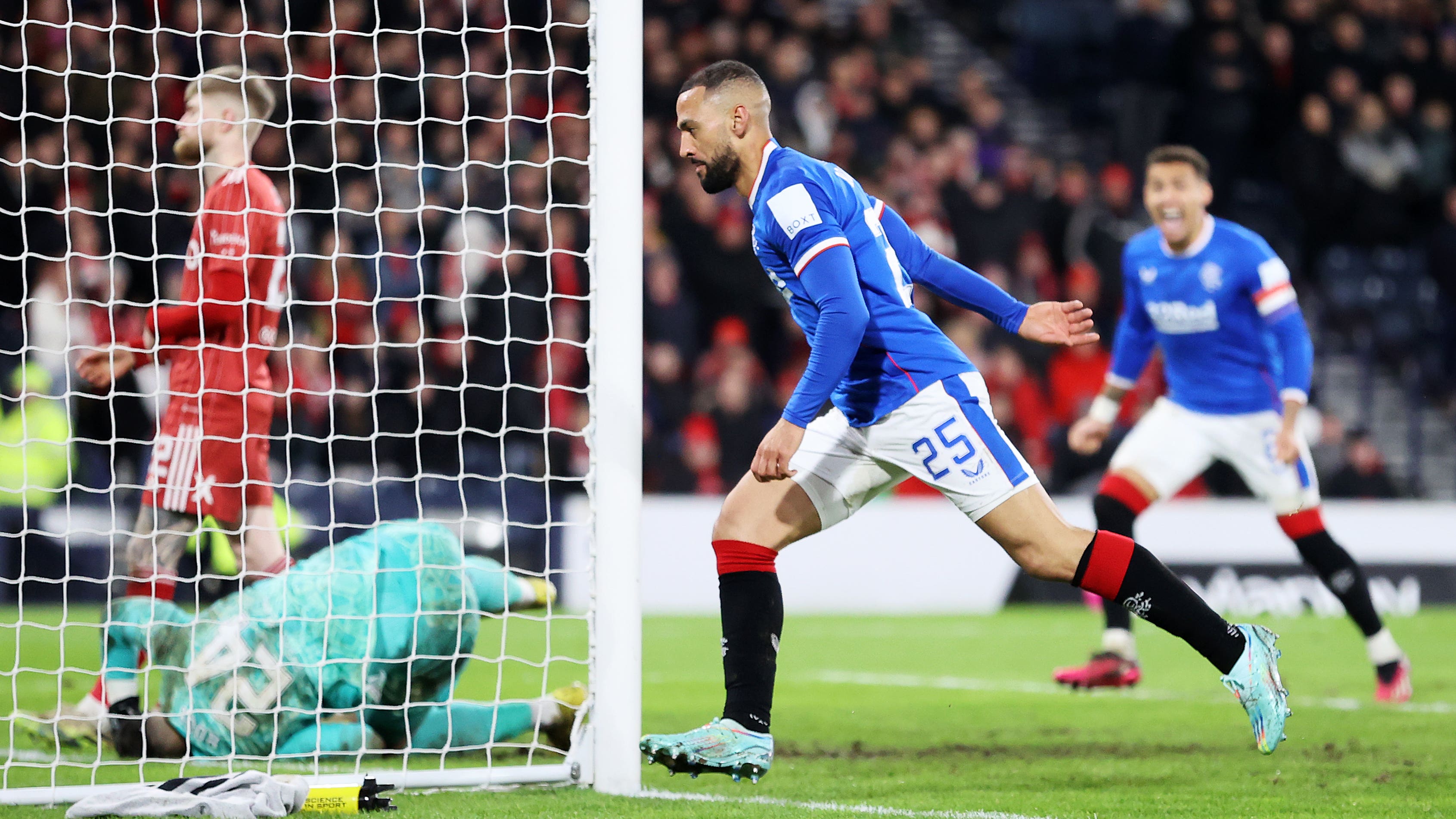 By By Ronnie Esplin PAJanuary 15, 2023No Comments

In a compelling semi-final on a gluepot pitch, striker Bojan Miovski took advantage of hesitancy in the Gers defence four minutes from the break to give the Granite City men the lead.

Former Dons midfielder Ryan Jack drove in a deflected leveller in the 61st minute before Pittodrie skipper Anthony Stewart was handed a straight red card by referee Nick Walsh in added time for a shocking tackle on Fashion Sakala.

Substitute Roofe put Rangers ahead from close range four minutes into extra-time and there was more drama when VAR failed for a few minutes before sparking back into life.

An exhausting tie ended with a ragged Rangers side in the final and they will take on Celtic at Hampden Park on February 26, with another action-packed afternoon likely.

A lot of focus pre-match was on the Hampden pitch, which had been criticised by both Celtic boss Ange Postecoglou and Killie manager Derek McInnes following Saturday’s last-four clash. Although the weather was better, the surface cut up from the kick-off, doing neither side any favours.

Rangers threatened first in the fourth minute with attacker Sakala, whose header from a James Tavernier cross beat Dons keeper Kelle Roos but smacked the post.

The Dons defence had to stay firm but slowly they began to edge forward with increasing confidence.

In the 15th minute Miovski broke clear of the Gers defence to latch on to a Leighton Clarkson pass and drove high past McGregor from an acute angle. However, the offside flag went up and VAR confirmed the decision.

At the other end, Sakala lashed a shot from the edge of the box over the bar, before Morelos fired just past the far post.

Roos then parried a long-distance effort from Kent before Sakala slashed the loose ball wide and then the Aberdeen keeper made a good save from Morelos’ close-range header.

However, when the Rangers defence momentarily went to sleep the Dons took the lead.

Clarkson’s pass split the backline and Miovski looked offside but Matty Kennedy kept going past left-back Borna Barasic to take possession. When he crossed into the middle, the unmarked North Macedonia international had raced in to cushion the ball past McGregor, stunning Rangers and their fans.

Just as Gers boss Michael Beale was about to make changes, his team levelled.

Jack played a one-two with Morelos at the edge of the box and his right-footed shot came off on-loan Celtic defender Liam Scales and wrong-footed Roos. The relief among the Light Blue support was palpable.

The excitement continued. Clarkson cracked the woodwork with a shot – but Kennedy was offside – before Roofe and Glen Kamara came on for Morelos and Malik Tillman.

The game had swung towards Rangers but they could not take advantage.

Two minutes into added time Stewart was sent packing for a ridiculous lunge on Sakala towards the touchline, while Ryan Kent got away with what appeared to be an off the ball swing at Scales.

Tavernier clipped the bar with a deflected strike two minutes into extra-time but it was not too long before the lively Roofe converted a  cutback from fellow substitute Scott Wright from six yards.

There were near misses at both ends as the Dons kept battling – McGregor made late saves from Scales and Hayden Coulson – and it was Rangers who were glad to hear the final whistle.