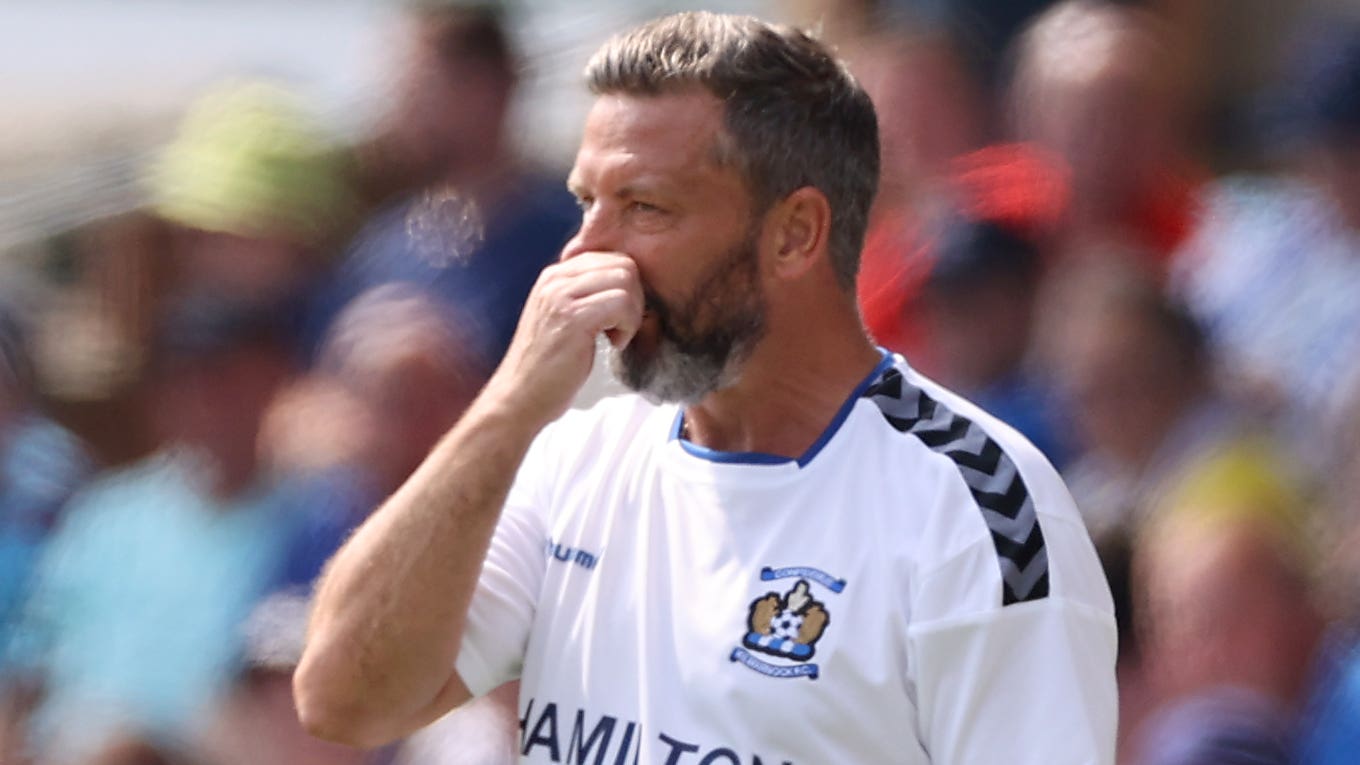 Derek McInnes was left frustrated that Ross County were not reduced to 10 men far earlier as Kilmarnock lost in the Highlands.

Ross Callachan was shown a yellow card in the first half for a lunge from behind on Ryan Alebiosu as Killie tried to counter-attack at pace.

There was also a questionable challenge from Staggies captain Jack Baldwin later on, before Callachan was eventually shown a second yellow for handball with just under 10 minutes to go in the match.

Despite their extra man, though, Kilmarnock still came away empty-handed after Owura Edwards’ late winning goal for County – but McInnes felt the situation could have been very different if Callachan had been sent off before half-time.

“It is a red card and, between four officials, they’ve got to see what I see.

“It is two feet, off the ground, down the back of our boy’s trailing leg. It was horrendous.

“It was right in front of me, and there’s no excuse for the officials not seeing that as a red.

“If Ross County play the majority of the second half with 10 men, I do believe it is a different outcome.

“As good as we were in the second half and I thought we were the better team, you’ve got to credit County for resilience with 10 men – and they found a way to win.”

County boss Malky Mackay had no qualms about Callachan being given his marching orders.

He did see things slightly different from his counterpart in the visiting dugout, though, saying there were tough challenges on both sides – including a penalty shout from Josh Sims and a flailing arm from Liam Donnelly on Callum Johnson.

As a result, he saw no reason to criticise referee David Munro’s performance overall.

“I thought the officials were good because it was a rough and tumble Premiership game,” Mackay said.

“I’ve not no qualms about the two bookings for the sending-off. There were other tackles, but I’m relaxed enough.

“Donnelly’s arm into Callum’s face is a sending-off and we should have had a penalty, but the opposition can claim a few things as well – it was one of those days.