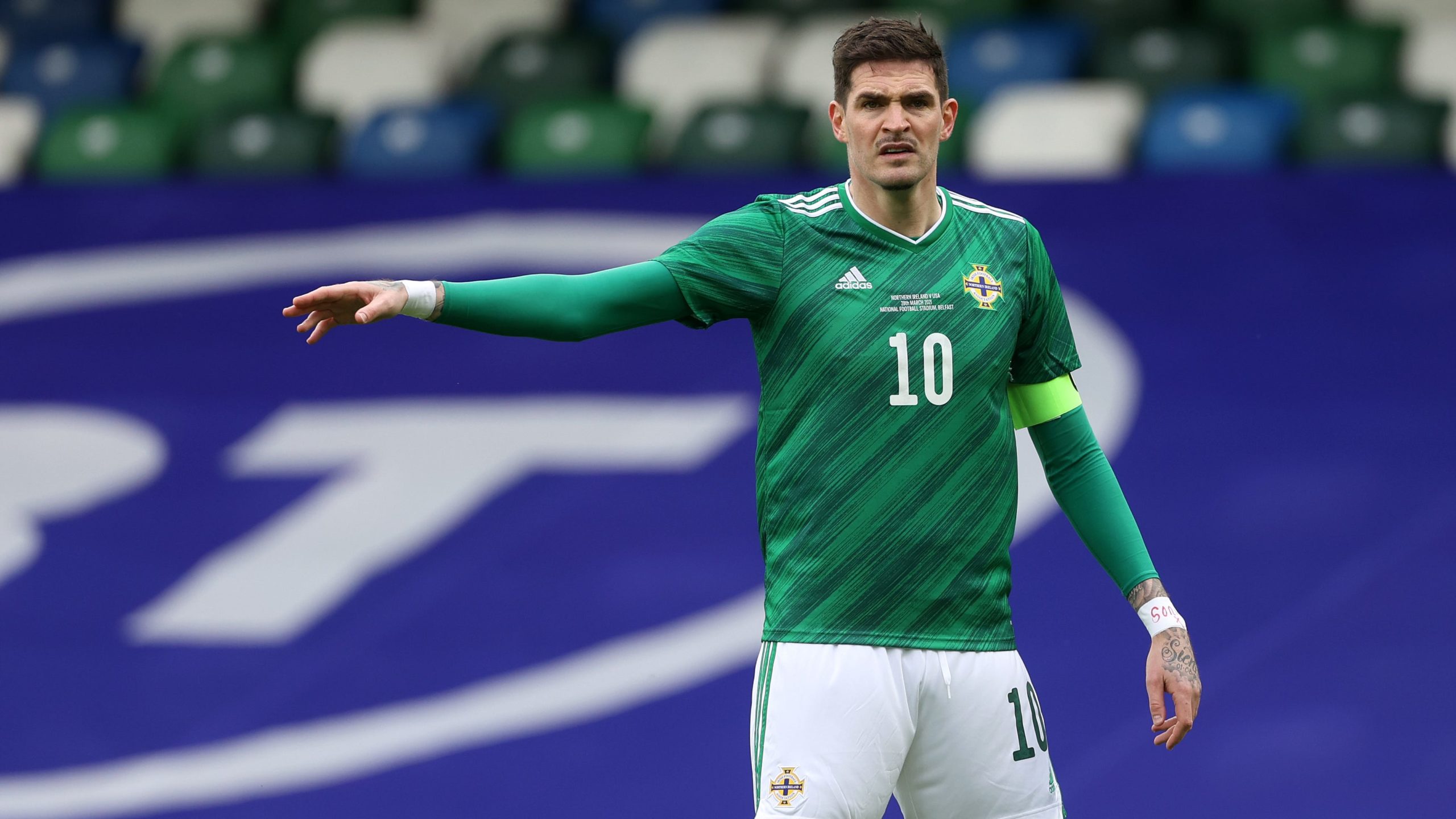 By By Ian Parker PASeptember 23, 2022No Comments

Ian Baraclough has insisted Kyle Lafferty can still have a Northern Ireland future after the veteran Kilmarnock striker was sent home from the squad on Friday morning.

Northern Ireland’s second highest goal-scorer is the subject of an investigation being conducted by his club after a video circulated on social media appearing to show him using alleged sectarian language.

In a sometimes tense press conference ahead of the Nations League match against Kosovo, Baraclough said a back injury which had prevented Laffery from training since Tuesday and would have ruled him out of Saturday’s fixture also played a role in the decision.

The back injury was also mentioned in an Irish Football Association statement issued earlier on Friday, a statement which left the precise reason for Lafferty’s withdrawal unclear.

Questions about that statement were shut down in the press conference that followed, but Baraclough did say there was a way back for the 35-year-old Lafferty, who scored the last of his 20 international goals in 2016, and who has been in and out of the Northern Ireland squad over the past two years.

“It’s not necessarily the end,” Baraclough said. “It will be reported in some quarters as that and it will be sensationalised but I’m there for Kyle.

“The fact was that Kyle hadn’t trained since Tuesday. He’s got a back problem and that was something that was part of the thought going behind it as well.”

The Irish FA will not conduct its own investigation into the matter, leaving it in the hands of the Scottish Premiership side.

“He’s not our contracted player,” Baraclough said. “He’s with us at this moment in time, but he’s contracted by Kilmarnock. They pay his wages, they own his contract and it’s for them to conduct the inquiry.”

Whatever the outcome of that investigation, the controversy threatens to undermine the cross-community work that the IFA continues to do. Baraclough said he wanted football to remain part of the solution in Northern Ireland.

“For me, we play a part in that by bringing a group of fans together who love supporting Northern Ireland and the football team. If you’re winning games of football that makes everybody happy.”

Northern Ireland could certainly do with a victory on Saturday to change the narrative on a number of fronts, with a fixture away to group leaders Greece to follow on Tuesday.

Baraclough heard fans calling for his exit after a winless run of games in June left Northern Ireland battling relegation from League C – and they are desperate to turn a corner in what could be the final two games before Euro 2024 qualifying starts in March.

“It’s massive for us, two really important games,” captain Steven Davis said. “We want to get a win here for the fans, they’ve continued to back us. Results haven’t been what we’d have like to this point but we’re just fully focused.

“We’ve had a fully week of training which is something we don’t usually get so hopefully some of the things we’ve worked on in training will show in the game, we get a positive result and hopefully it can be a catalyst for us.”

Baraclough said he understood the frustrations of fans but insisted his side can turn the corner.

“When you’re not winning games of football you’ve got to expect that,” he said. “I do shut out the noise – I don’t read the press or listen to every little soundbite from radio or TV.

“I know the work we’re doing, the work the players are doing, is something that will bear fruit.”