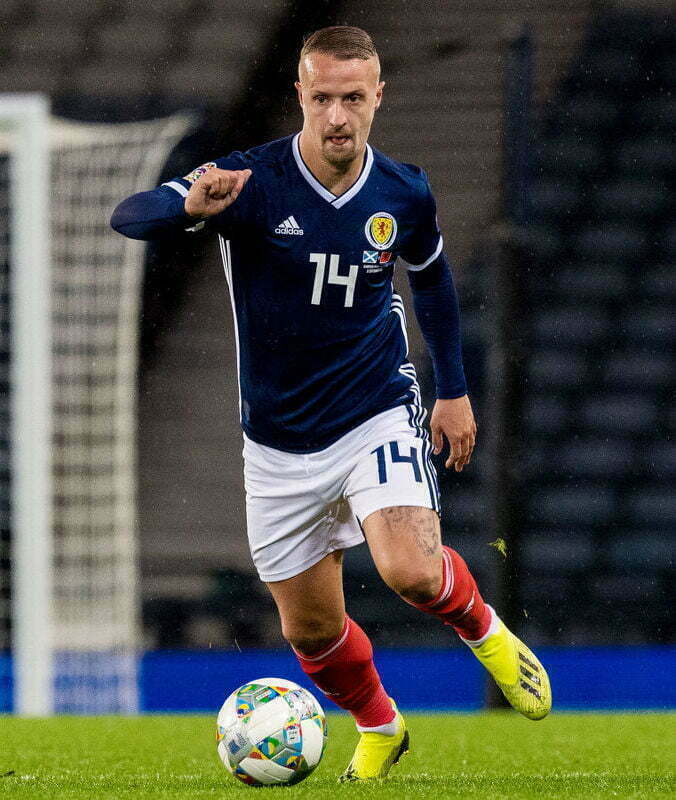 Brendan Rodgers warns Celtic striker Leigh Griffiths he will have to work harder after being snubbed by Scotland.

The Hoops frontman was dropped in favour of Hearts striker Steven Naismith for the side’s 2-0 win over Albania.

National team boss Alex McLeish then revealed the Jambos forward would remain in pole position for next month’s clash with Israel.

After the Parkhead player branded the move a “kick in the teeth”, Hoops boss Rodgers warned the ex-Hibs man he has to work harder for club and country.

He said: “I was at the Albania game and Steven Naismith, I thought, was excellent.

“He worked his socks off and got us two goals – you can’t complain with that.

“Leigh knows his qualities but he has to, at this stage of his career, work tirelessly at all aspects of his game.

“The role of strikers is changing. If you look at the evolution of strikers, it is not just about scoring goals any more, you have to do more than that.

“I think he’s great to have in our squad, that’s why we wanted to give him another deal.

“He’s an important member of the squad. We know he can score goals. But, like I say, at top teams it’s about more than that.

“But it’s something he’ll continue to work hard on, that side of his game.

“That will always improve his chances domestically and, of course, also at international level.”