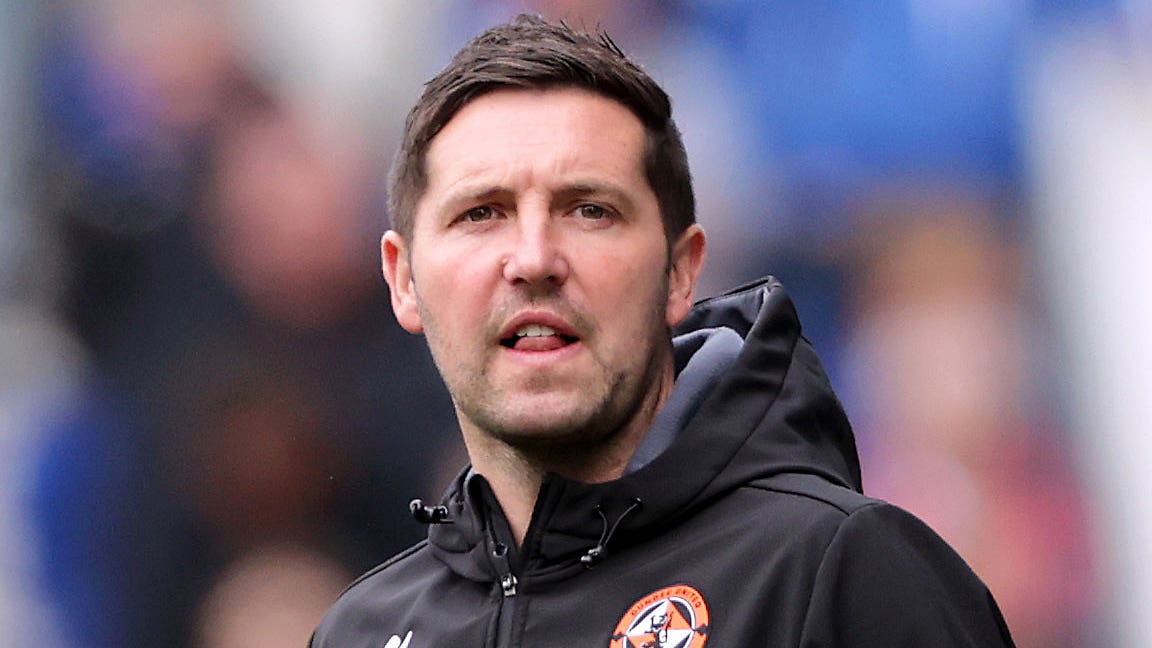 By By Gavin McCafferty PAOctober 29, 2022No Comments

Dundee United head coach Liam Fox questioned the red card shown to Tony Watt during a 1-0 defeat by Motherwell after a VAR intervention consigned the striker to a miserable day against his former club.

Watt was sent off following a challenge on Sean Goss in the centre circle five minutes before half-time despite referee John Beaton initially playing on.

United were trailing to Sondre Solholm’s headed goal and were sent back to the bottom of the cinch Premiership on goal difference after struggling to test Liam Kelly throughout the game, despite pushing the visitors back for long spells of the second half.

Beaton watched Watt catch his former team-mate with his studs high up the shin after being called to the monitor by video assistant David Munro. But Fox feels different footage cast doubt on the decision.

“Having seen the footage that the referee and the VAR has seen I could probably say, yes, it is a red card,” the United boss said.

“But I have also seen other footage from different sources that maybe cast a wee bit of doubt over it so it is a bit of a contentious issue.

“It was a different angle and I see Tony Watt is pulling his leg back and there is very, very little contact with the player.

“I am frustrated at that and frustrated that we started the game well and then had a wee spell where we kind of lost our way a wee bit and then lost the player.

“But what I can say, and say this honestly, if I get what I got from the players in the second half attitude wise, application and bravery in possession, then we will be okay.”

Motherwell had lost their previous four matches and manager Steven Hammell had told his side to end the hard-luck stories.

“I told them before the game it was important to get back to winning ways,” he said. “We can’t be a team who plays well but doesn’t pick up points.

“People talk about four straight defeats, if we were losing heavily I would be concerned but we aren’t.

“We are sixth and that’s in and around where we want to be. We understand today wasn’t perfect but we are trying to be positive.

“United had more of the ball than I would have liked with 10 men. We were a bit nervous near the end due to recent results.

“Liam had one save to make and that’s pleasing. The second half wasn’t enjoyable but we did enough to win it.

“It was a little bit more pragmatic and digging in but scrappy 1-0s are massive in a season so I’m glad we are on the right side of it this time.”