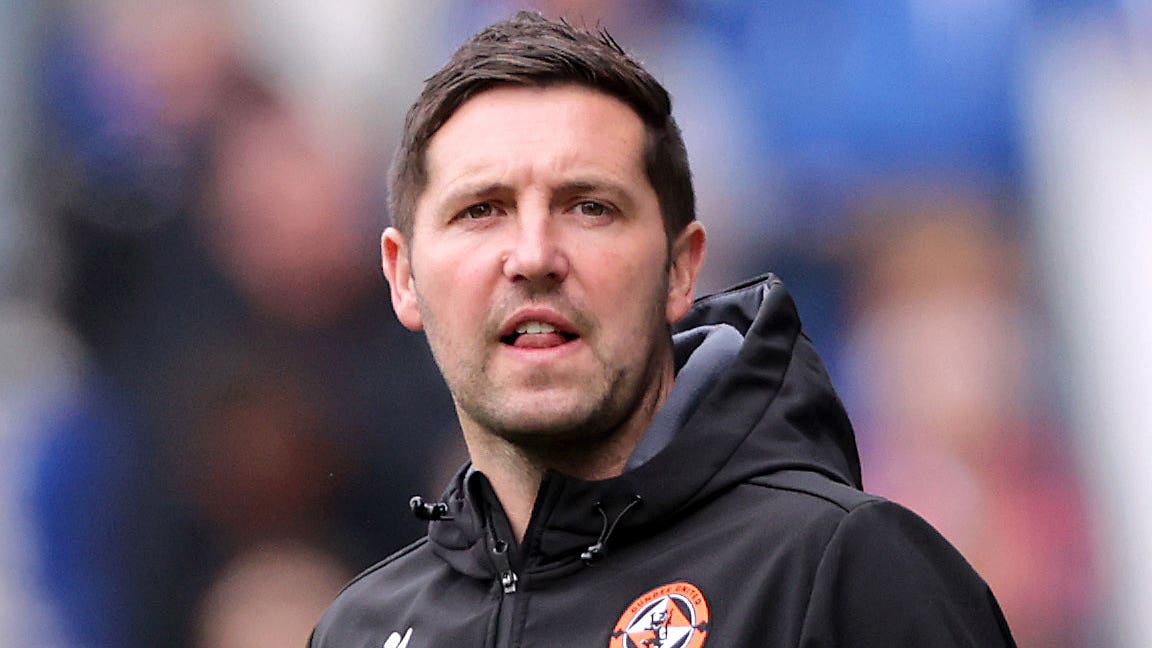 Dundee United head coach Liam Fox has challenged his players to continue winning back the faith of the fans by completing a hat-trick of wins.

United were in danger of getting cut adrift at the foot of the cinch Premiership when they fell six points behind nearest rivals – and this weekend’s opponents – Ross County last Saturday afternoon.

They recorded their first league win of the season later that evening by thrashing Aberdeen 4-0 and moved above County on goals scored by beating in-form Hibernian 1-0 in midweek.

Fox told DUTV: “We have got them recovered and ready for what is a very difficult game away at Ross County.

“My message to them is ‘can we make a good week a very good week?’

“A tough game, a very good opponent, but we will hopefully go there with confidence, we will try and get on the front foot and we will try and come away with three points. It won’t be easy though.”

Fox admits he and his squad still owe the fans following a shocking start to the season which saw them lose 7-0 against AZ Alkmaar and suffer a record 9-0 home defeat against Celtic.

Speaking about Tuesday’s game, he said: “At the moments that we needed them, they were there for us, they helped the players. The players and the staff, we all massively appreciate that.

“We also understand that we have probably let them down at the start of the season, but we are hoping to try to regain that trust.

“That will be a slow process, but if we keep producing performances and results, we will get there.”