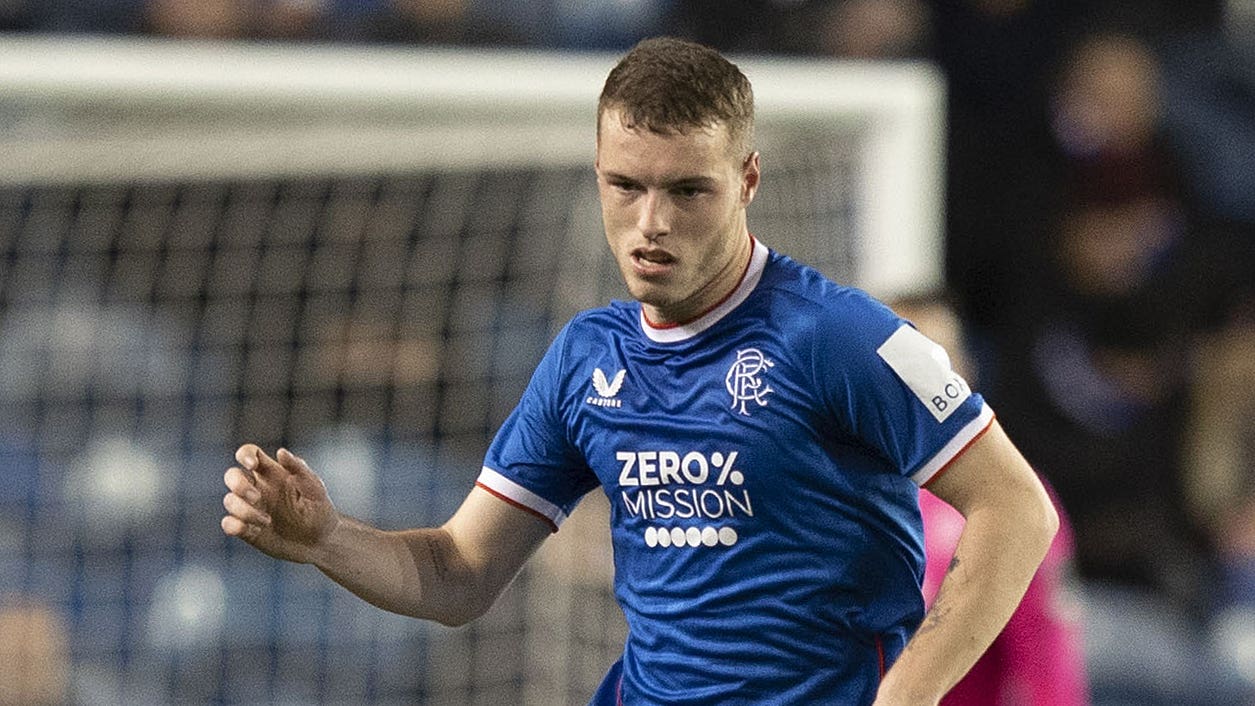 By By Ronnie Esplin PADecember 14, 2022No Comments

Michael Beale has confirmed Leon King is set to sign a new deal with Rangers along with an unnamed senior player – although it is not Ryan Kent.

It has been widely reported that 18-year-old centre-back King was to extend his contract at the club where he has become a first-team mainstay after coming through the youth ranks.

Beale, who was an assistant coach under Steven Gerrard at Rangers before they departed for Aston Villa last year, is preparing for his first competitive game as new Gers boss against Hibernian at Ibrox on Thursday night and at the pre-match media conference was asked about King.

He said: “There are positive signs on that. I think you will hear something in the next couple of days with him and one other player as well, signing new deals which I think is really important for the club.

“When you look at the squad we have some players under 25 or 25 and below who are really important to the future, what we want to do and the style we want to play, and Leon is one of them so I am delighted.

“Obviously he was part of the first-team squad when I was here previously but he has grown up a lot in the last year.

“It is important that we manage him well because I think he has potential to kick on and be a very good player for Rangers and the national team.”

Asked if the unnamed player was winger Kent, out of contract at the end of the season, Beale replied: “No.”

Beale, who left his job as QPR boss to take over at Ibrox from Giovanni van Bronckhorst last month, revealed one of the changes he will make as manager will be playing with two strikers and he also insisted that no one’s position is safe.

He said: “We will look to improve and no one is safe because I don’t want to bring any fillers into the squad.

“I only want to bring in people who can start.

“I have my own opinion on that, it might differ from opinions from one or two months ago.

“It is important that I give everybody an opportunity to show but certainly I want to strengthen the squad and in every single position I think we can improve the squad, like most managers would say.

“I don’t think anybody is safe here.

“There are some players that are important to Rangers but at the same time I wouldn’t hassle in terms of bringing in someone who is stronger for the starting 11. I don’t want to bring any fillers into the building.”

Centre-back duo Connor Goldson and Ben Davies are back in training but Beale stopped short of confirming they would be in the squad for the visit of Hibs.

Goldson suffered a thigh tear against Liverpool in mid-October, while Davies is also nearing a comeback after missing the last game before the break.

Beale said: “They both trained. Connor has not been available for a long time, Ben for a shorter time.

“I wouldn’t say they were 100 per cent for the game but both have returned to training and it is now about getting them ready to play 90 minutes.

“They are available for selection but I won’t give you the squad.”