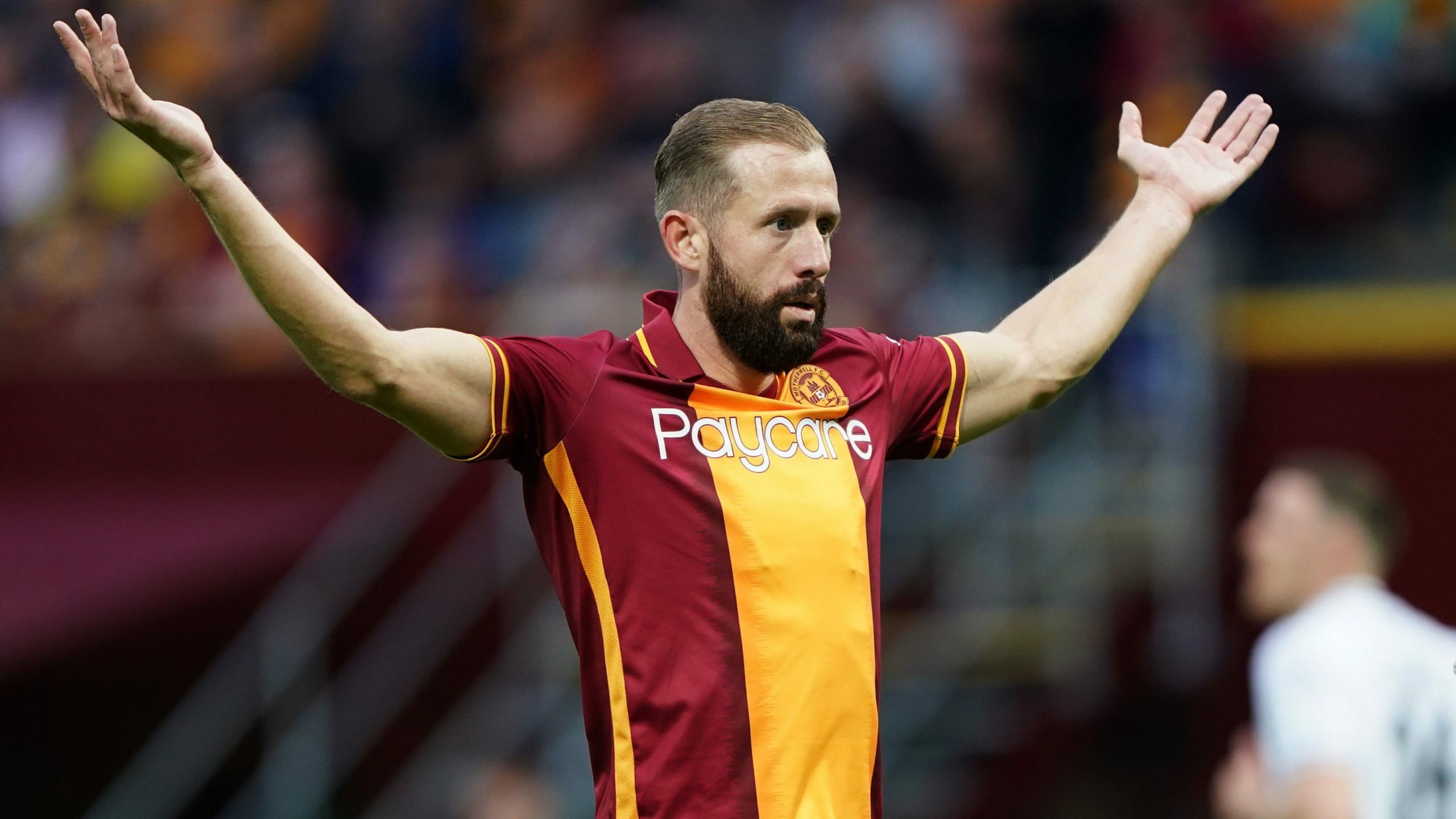 By By Gavin McCafferty PAOctober 7, 2022No Comments

Van Veen took his tally for the season to 10 in Tuesday’s 5-0 win over Ross County after hitting his second hat-trick of the campaign.

Only Rangers striker Antonio Colak has more goals in the cinch Premiership this season than the 31-year-old Dutchman, who is only one short of his total from last term.

Speaking ahead of Saturday’s game against Hibernian at Easter Road, Hammell said: “I think there is still more to come from Kev, I think he would agree with that as well.

“But he had good variation for his goals: his penalty was excellent, his touch for the third goal was magnificent, but for me his second goal was his best goal.

“Being in that area for tap-ins, being available, connecting with the ball. If he can add those to his game on top of his natural finishing ability, then there is still more to come.

“I know he is super-motivated. He sets targets for himself and he is probably too critical of himself when he misses chances because I see what he’s like, his technical ability is undoubted.

“He has good competition now which will push him on and if we need to get people round about him later in the game we will do that. Hopefully he keeps progressing and contributing those numbers.

“But it’s also important that, like we saw during the week, other players are contributing goals and assists so we are not over-reliant on Kevin for the goals. We are seeing real goal threat from throughout the team.”

Midfielder Callum Slattery struck his second goal of the season in Dingwall while wide player Joe Efford got off the mark and also had a hand in three other goals.

On Efford, Hammell said: “He’s a player we have spent a bit of time on and we have seen a real progression from him since we came in.

“That was always the aim: can we first and foremost improve the players that are in the building now?

“Joe was a good example of what we have done, and how he has approached it. He’s a good boy, he is maybe different from, a stereotypical footballer but that’s encouraged here, different is good.

“He has been great from us and is playing with a bit more confidence and freedom and he is enjoying it.”

Louis Moult had a goal disallowed after coming off the bench and Stuart McKinstry and Ross Tierney also came on as Motherwell went for the jugular.

Connor Shields started on the wing and the former Queen of the South striker is determined to start getting in on the goalscoring act after describing his season so far as “frustrating at times”.

“As a forward, you want to be scoring and assisting,” Shields said. “That will come but just now it’s more important that the team are winning and take it from there. Hopefully once the first one comes in, more can follow.

“I played more through the middle but if the gaffer sees me out wide, I am more than happy. As long as I’m playing.

“I was injured for a few weeks there so I have managed to get myself back in the team and get match-fitness. Obviously the more games, the more comfortable I will be there.

“But the gaffer has spoken to me about where he wants me to play and what we can do to improve so hopefully that shows in the next couple of games.”