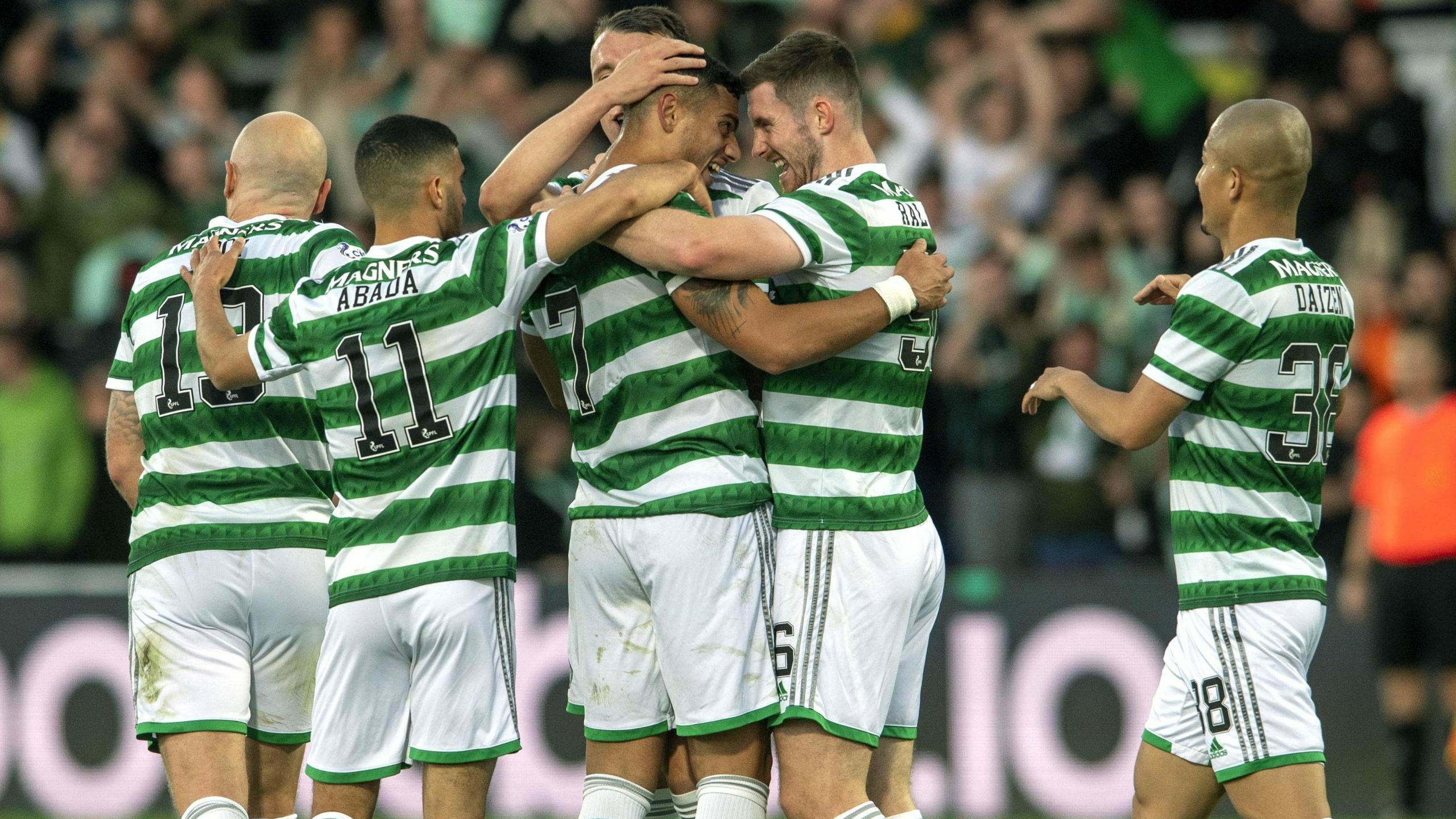 By By Gavin McCafferty PAAugust 31, 2022No Comments

Skipper Callum McGregor sent Celtic on their way to the Premier Sports Cup quarter-finals as the much-changed holders beat Ross County 4-1 in Dingwall.

With games against Rangers and Real Madrid to come in the following six days, Celtic manager Ange Postecoglou made nine changes to the team that secured a club-record 9-0 away win against Dundee United on Sunday.

But there was little disruption to the dominant manner of Celtic’s early-season form as they recorded a sixth victory from six games.

McGregor and Giorgos Giakoumakis netted in a one-sided first half and Daizen Maeda quickly restored the two-goal cushion after Alex Iacovitti scored his second goal of the season past the champions.

That allowed Postecoglou to introduce new signing Sead Haksabanovic for an impressive cameo.

Another substitute, James Forrest, netted his first goal of the season in stoppage time as Celtic made it 21 goals from four away games this season.

Giakoumakis returned from illness for his first start of the season while Anthony Ralston, Moritz Jenz, Stephen Welsh, David Turnbull and Maeda also came in.

The visitors hit the bar twice in the first five minutes, first through Welsh’s header from a Turnbull corner and then from the midfielder’s deflected free-kick. Giakoumakis slid in for the rebound but the ball flew over.

The opener came in the 21st minute when McGregor met Turnbull’s near-post corner and cushioned a volley home to leave the County defence arguing among themselves about who was meant to be picking up the Celtic captain.

The free-scoring champions were two up four minutes later. Liel Abada found Giakoumakis with a back-heel and the Greece striker side-stepped a defender before curling a left-footed finish into the bottom corner from 20 yards.

There was concern among the previously vocal visiting fans when Giakoumakis needed treatment following a strong but fair challenge from Ben Purrington.

The forward was soon back on the field and twice threatened with headers before Bernabei sliced a shot badly wide.

Celtic had to settle for a two-goal half-time lead after Giakoumakis sent a first-time effort wide from 15 yards following McGregor’s driven pass.

County lost George Harmon to injury just before the interval and David Cancola took his place for the start of the second period.

Bernabei produced a better piece of football with smart footwork and a dangerous cross but County cleared.

McGregor saw a shot comfortably held before Postecoglou brought on Carl Starfelt and Forrest in the 56th minute.

Bernabei continued to be inconsistent with his final ball and Celtic’s play in general lacked some of the spark of the first half.

And County got back into the game in the 68th minute when Iacovitti headed home from close range following White’s knockdown.

The defender scored the only other goal Celtic have conceded this season during the league meeting between the teams.

Any jitters among nearly 4,000 away fans were eased five minutes later when Maeda reacted quickest to finish high into the net from six yards after Eastwood spilled McGregor’s shot.

Postecoglou soon introduced Montenegro international winger Haksabanovic and the former Rubin Kazan player forced Eastwood to dive and push away a dangerous cross with his first touches of the ball.

Siegrist then made his first save as a Celtic player when he stopped Jordy Hiwula’s strike.

Haksabanovic continued to shine with good pace and skill and he forced a save from Eastwood with an ambitious effort.

Mooy also threatened from long range before Forrest converted from 12 yards after Ralston got to the byline and cut the ball back.