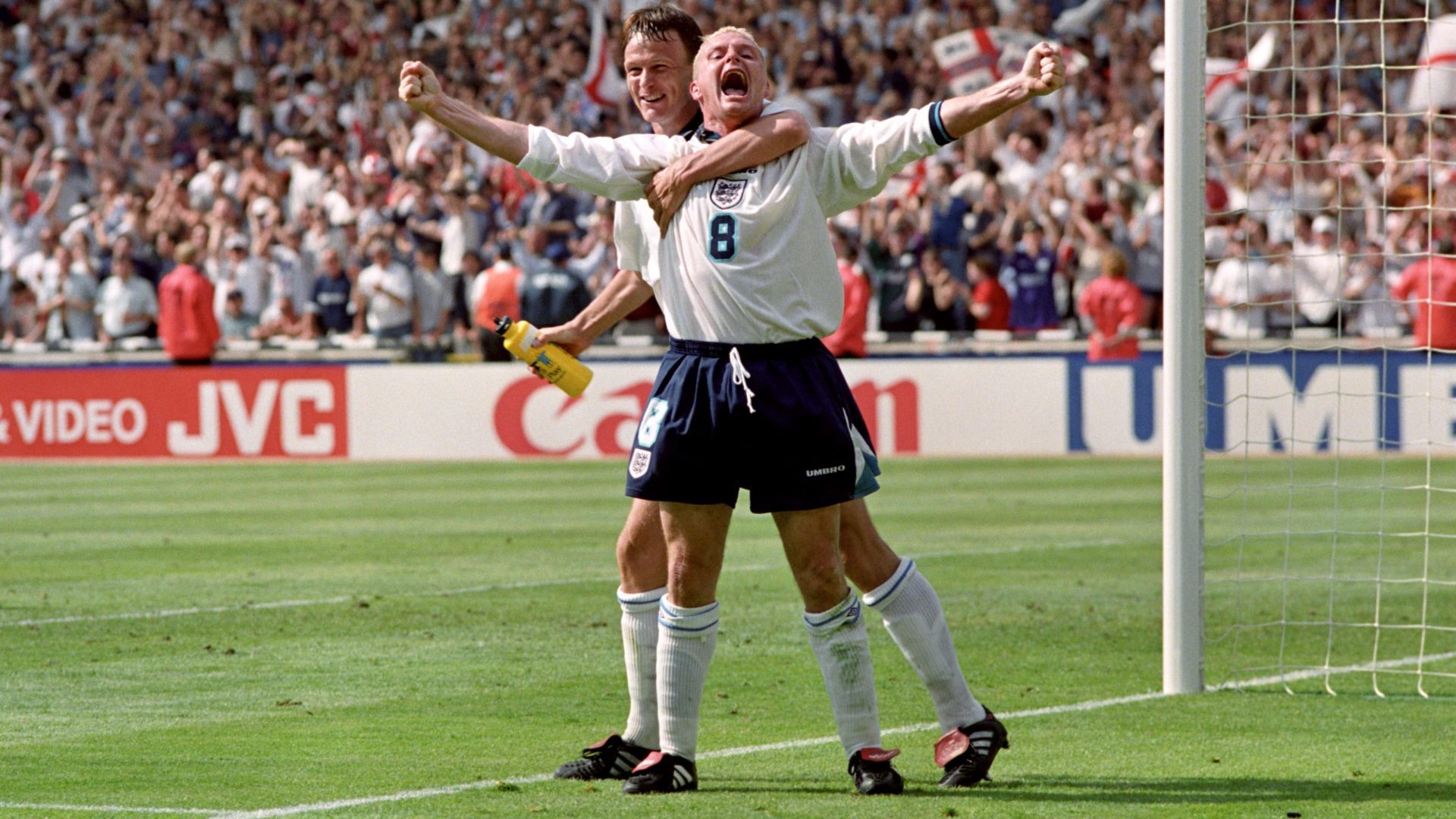 On this day in 1996: Paul Gascoigne stunner helps England down Scotland

Paul Gascoigne produced a moment of magic to help England beat Scotland 2-0 and move top of their Euro 1996 group on this day 26 years ago.

The two rivals met in the second round of fixtures in Group A, with host nation England having drawn 1-1 against Switzerland in the opening game of the tournament while Scotland played out a goalless draw with Holland.

After a goalless first half at Wembley, Alan Shearer headed England in front but Scotland had the chance to level with 13 minutes left when Gordon Durie was brought down in the box by Tony Adams.

Captain Gary McAllister stepped up to take the penalty but David Seaman was equal to it and his save kept England ahead.

Terry Venables’ side made the most of that escape as they doubled their lead just two minutes later with a superb individual goal from Gascoigne that would go down in England folklore.

Racing on to a lofted pass from Darren Anderton on the edge of the box, Gascoigne flicked the ball over defender Colin Hendry with his left foot before smashing home a volley with his right.

The midfielder then celebrated with team-mates by mimicking the ‘dentist’s chair’ Hong Kong nightclub drinking incident, which had seen England players heavily criticised prior to the competition.

England went on to win Group A with seven points after recording an impressive 4-1 win over Holland, while Scotland were eliminated after finishing third.

The hosts knocked out Spain to reach the semi-finals but their progress was ended at that point by eventual champions Germany following a penalty shoot-out.