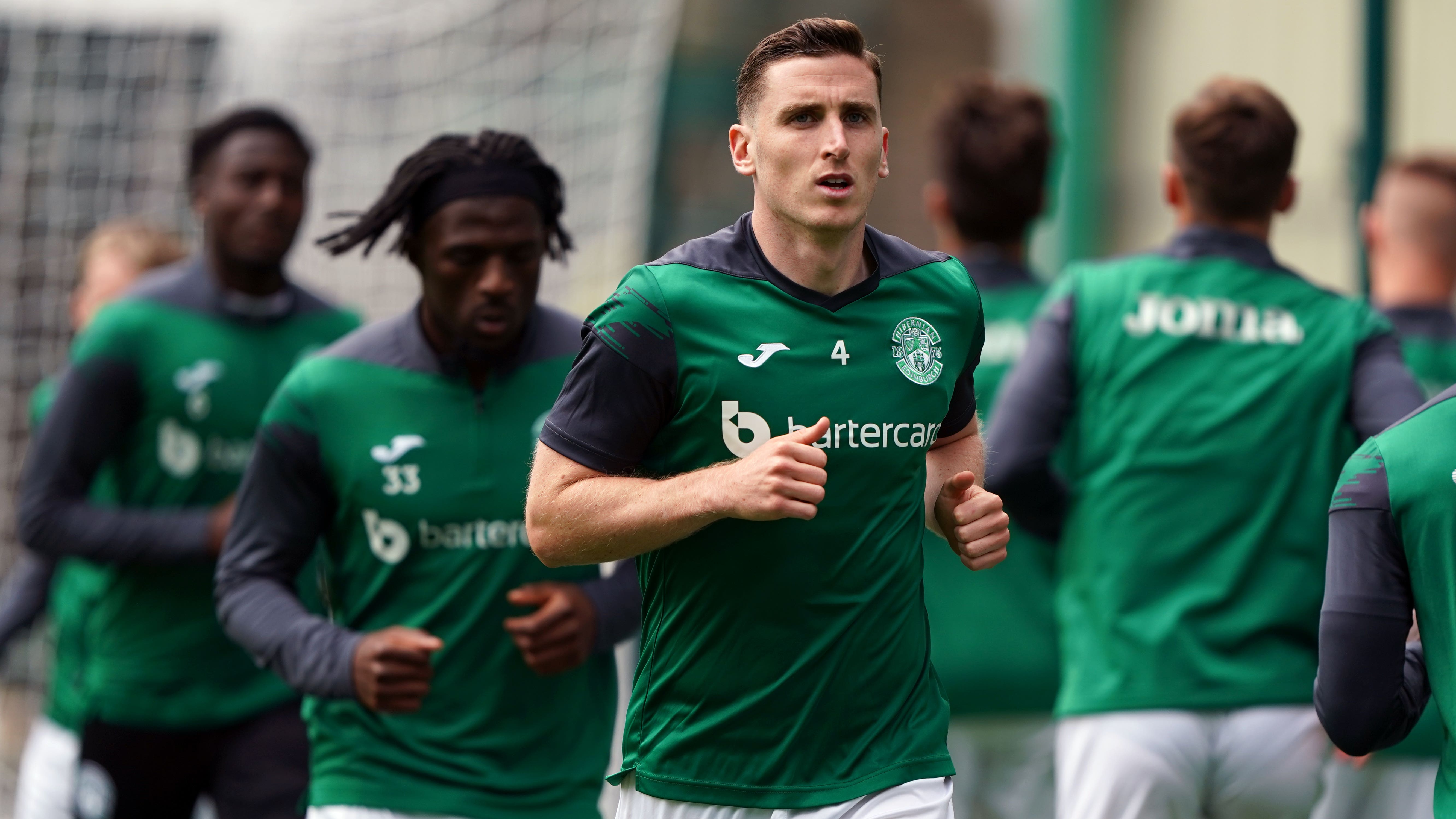 Paul Hanlon believes a blockbuster win against Celtic or Hearts over the next week can ignite Hibernian’s season.

Hibs have had an unconvincing campaign so far under Lee Johnson but a 4-0 win over Livingston on Christmas Eve steadied the ship and kept them within touching distance of the top six after a run of seven defeats in eight games.

They now host cinch Premiership leaders Celtic on Wednesday before travelling to Tynecastle to face bitter rivals Hearts in Monday’s Edinburgh derby, and Hanlon feels victory in either of these high-profile fixtures can dramatically improve the vibe at Easter Road.

“I think we’ve had a good look at things over the break and we’re of a mindset that we’re not too far away,” said the centre-back. “There have been small margins in a lot of games that could have made our points total a lot better.

“It’s probably just about continuing what we have been doing well and getting better at what we haven’t been doing so well, and we’re hopeful that will make us tick.

“We need an atmosphere-booster kind of result where everyone’s like, ‘right, it’s all fallen into place, we know we’re a good team, and we’re ready to kick on’. There’s no better game than against Celtic or Hearts to do it.”

Hibs were thrashed 6-1 when they last met Celtic in Glasgow in mid-October, but Hanlon is confident his team give a much better account of themselves on home soil.

“Everything went wrong that day,” he said. “It was a really tough afternoon and we conceded too many goals. When they got into their rhythm, they were hard to stop and we paid the price.

“Hopefully we’re a lot more prepared this time and aware of how they play. There are probably a mixture of things we need to do to stop them. At times, if we can slow the game down it will benefit us because they want to play at that fast pace.

“We need to keep the ball as much as we can when we get it. They’re a high-pressing team but we need to be brave and keep it as much as possible. We can’t sit back for the whole match and just defend for our lives, we’ve got to show some threat in attack, and being at Easter Road we’ll definitely do that.

“We’ll have a home crowd willing us on and if we show early on that we’re committed and hungry and we’re putting in tackles, then the crowd will be right behind us and can really spur us on.”