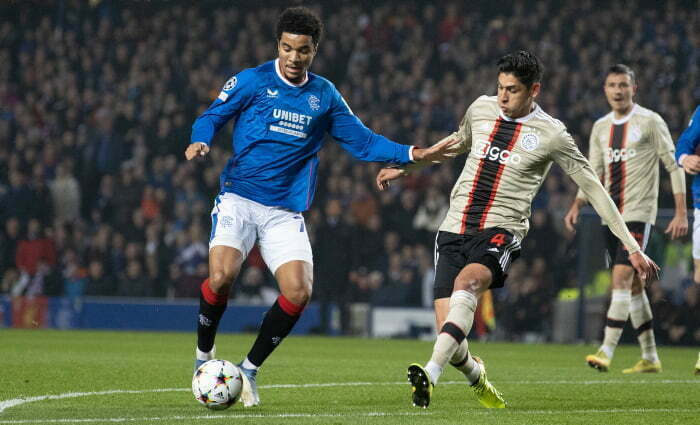 By Cheryl SmithNovember 1, 2022No Comments

Ajax lead Rangers 2-0 at Ibrox at half time after a dominant first half display from the Dutch side.

It took just four minutes for Ajax to open the scoring through Steven Berghuis.

A neat passage of play saw the former Tottenham man flick the ball passed a helpless Allan McGregor to give the away side a 1-0 lead.

Rangers came close to an equaliser on the 13th minute with a header from Fashion Sakala.

The Rangers attacker rose highest at the back post only to see his attempt cleared on the line by former Ibrox hero Calvin Bassey.

Kenneth Taylor picked up the first yellow card of the game for Ajax on 18 minutes after a tug of the shirt while grappling with Fashion Sakala.

Mohammed Kudus doubled Ajax’s lead on the 29th minute with a close-range shot that took a deflection off of Leon King on its way into the net.

Can the Ibrox side get on the scoresheet in the second half?