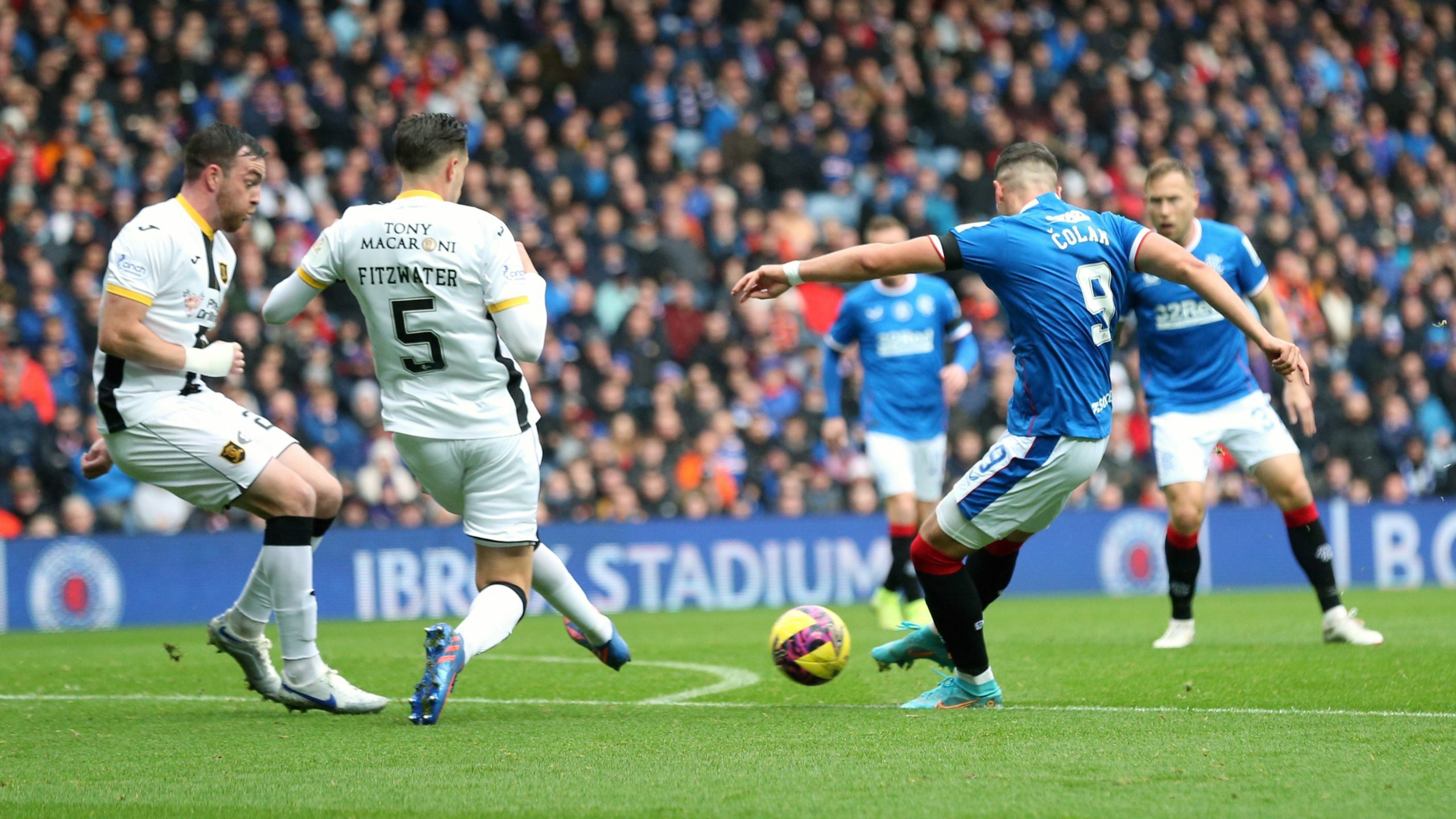 Rangers needed a late John Lundstram leveller to rescue a cinch Premiership point against 10-man Livingston at Ibrox and again felt the wrath of their disgruntled fans.

Giovanni van Bronckhorst wanted his side to turn on the style after boos were heard after the 1-0 home Premier Sports Cup win over Dundee on Wednesday night but it was another dispiriting slog which lacked tempo and fluidity.

VAR was in operation at Ibrox in a domestic game for the first time but there was no need to check Livi striker Joel Nouble’s fourth-minute drive which gave the well-drilled visitors – who had never won in Govan – the lead and increasingly unhappy home supporters booed off their side at the break.

A disjointed Gers performance carried on in the second half where Livi substitute Morgan Boyes was sent off in the 78th minute after referee David Munro upgraded a yellow card to a red for a tackle on Gers substitute Alfredo Morelos following a VAR check.

Livingston held out until the final minute of normal time when Lundstram volleyed in from 16 yards to make it 1-1 but there was to be no winner in seven minutes of added time, leaving Rangers four points behind Celtic and the boos were sustained by the Gers fans at the full-time whistle.

Celtic’s thrilling 4-3 win over Hearts at Tynecastle at lunchtime had put some added pressure on to Rangers who had Allan McGregor, Borna Barisic, Scott Arfield, Ryan Kent and Antonio Colak back in the side.

Livingston boss David Martindale drafted in Jack Fitzwater and Andrew Shinnie and, after a minute’s silence in tribute to former Rangers striker Jimmy Millar who died during the week aged 87, the visitors stunned the Light Blues with an early goal.

Defender Cristian Montano’s cross from the left took a deflection before it landed at the feet of unmarked Nouble and his drive on the turn sped low past McGregor and in at his left-hand post.

The goal changed the mood inside Ibrox and the Rangers players looked gripped by anxiety.

Livi, by contrast, moved forward with a freedom and intent and in the 18th minute, following a corner from the right, Fitzwater’s ferocious drive from the loose ball escaped the far post by inches.

On the half-hour mark Colak could not direct Barisic’s cross towards goal and there was no real threat to Shamal George’s goal before the interval, when the Gers fans vented their frustration.

Rabbi Matondo and James Sands replaced Steven Davis and Leon King for the start of the second half and Rangers went on the offensive with more pace if no more purpose.

A long-distance drive in the 57th minute from skipper James Tavernier was comfortably held by George, who palmed away a cross from Colak moments later, before the Croatia striker came close with an over-head kick from 12 yards.

In the 66th minute, Morelos replaced Arfield to link up with Colak, which brought a surge of hope.

VAR drama came when Boyes, only on the pitch for minutes for Sean Kelly, was initially handed a yellow card for foul on Morelos but, after checking his monitor at the behest of VAR referee Greg Aitken, on-field official Munro returned to produce a red.

Substitute Matondo was hooked off again to be replaced by Fashion Sakala and Kemar Roofe came on for Barisic, which reeked of desperation but it paid off when Lundstram volleyed in a Kent cross.

In added time George saved a powerful header from Colak with Lundstram heading over in the last action of the game.