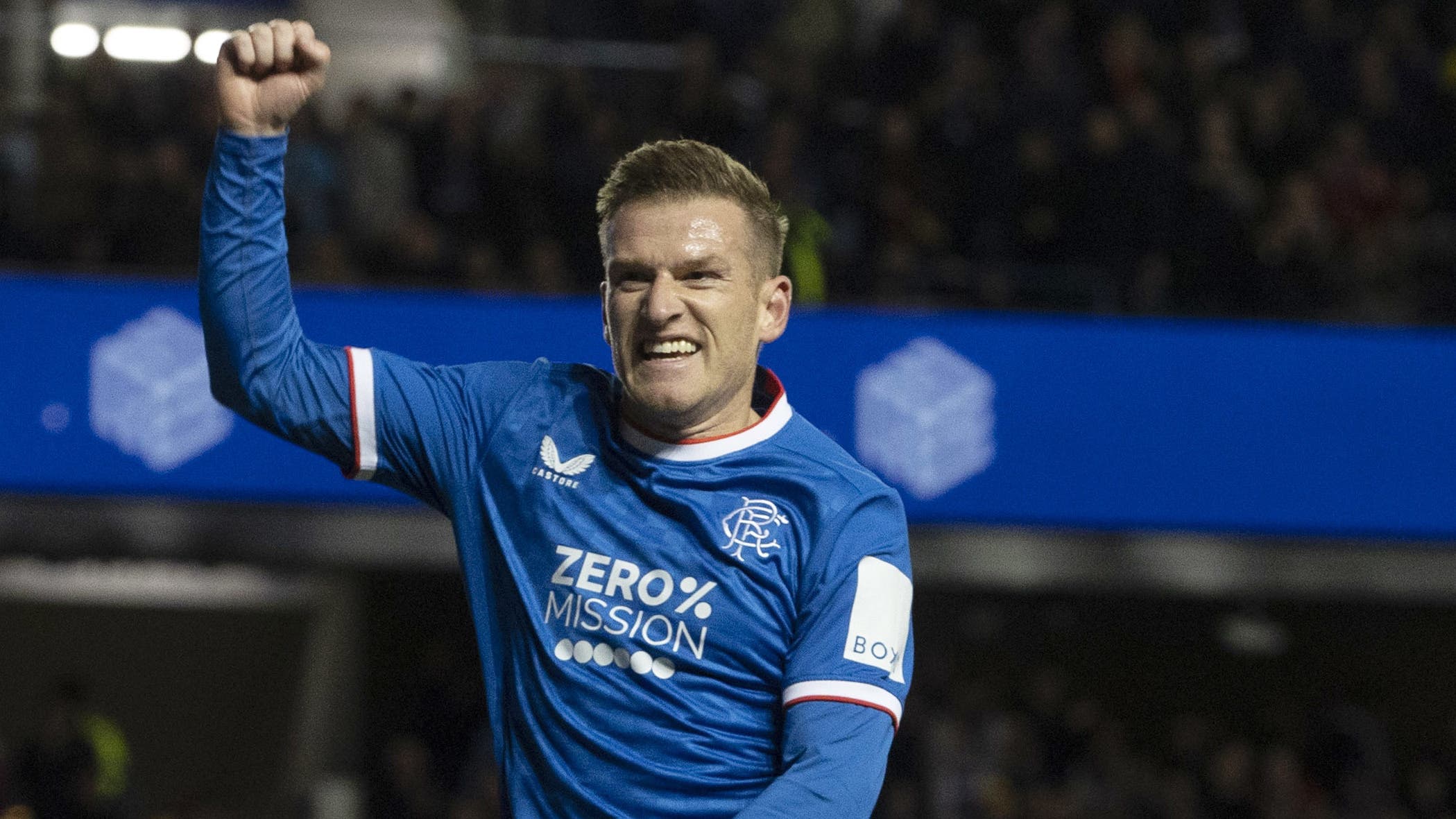 By By Ronnie Esplin PAOctober 19, 2022No Comments

Steven Davis’s early goal proved crucial as Rangers struggled past Dundee to book their place in the semi-finals of the Premier Sports Cup after a 1-0 win.

Giovanni van Bronckhorst rang the changes for the visit of the Championship side and the Gers got off to an encouraging start when the veteran midfielder headed in after 10 minutes.

However, the Light Blues’ play for rest of the game lacked zip and penetration and they could not break down the Taysiders again, having to settle for an unconvincing win with some boos accompanying the final whistle.

A  place in the last four was the biggest positive of the night for the lacklustre home side, along with the return of Kemar Roofe from injury.

There was no surprise that Van Bronckhorst reshuffled his side and there were only four starters from the 2-1 win at Motherwell on Sunday.

Roofe was on the bench and looking to make his first appearance of the campaign before the night was out, which he did later in proceedings.

However, Rangers took the lead following a clever one-two between Wright and Malik Tillman inside the penalty area.

Wright’s drive from 14 yards was parried by Dundee keeper Adam Legzdins with 37-year-old Davis reacting first to head the ball in from close range.

But Rangers did not build on the early breakthrough.

Their laborious build-up and several unforced errors allowed the visitors to stabilise, albeit in the 28th minute Dens Park full-back Cammy Kerr did well to dispossess Tillman inside the box after he pulled a raking Davis pass out of the air.

Then, skipper James Tavernier drifted towards the edge of the box and reverse-passed to Morelos but, with only Legzdins to beat, the Colombia striker drove straight at the keeper and the Dark Blues escaped.

The Light Blues stepped up the pressure just before the break but Dundee, compact and organised, defended resolutely and they finished the half with Mulligan sending a shot from the edge of the penalty area over the bar.

The Ibrox crowd was looking for better after the break and, two minutes after the restart, Yilmaz’s deflected cross hit the face of the crossbar with Legzdins clawing it away to safety, before making a good save from the Turkey defender at his near post moments later.

Joe Grayson’s drive from distance which missed the target served as a warning for the Govan side who began to hear groans of frustration from the stands, who applauded Wright’s drive from the edge of the box in the 65th minute which required safe hands from Legzdins.

Then came a raft of substitutions.

Bowyer brought on Zak Rudden, Max Anderson and debutant Derick Osei for Robinson, Cameron and Mulligan and then Lee Ashcroft for Jordan Marshall.

For Rangers, Roofe, Charlie McCann and Scott Arfield replaced Morelos, Davis and Tillman for the final 17 minutes or so but there was no discernible improvement.

Osei’s cross from the left in the 81st minute just evaded the bar and it was an increasingly tetchy Ibrox which saw out the final minutes as Dundee pushed with growing confidence but in vain for the leveller, albeit Rangers also had a couple of opportunities to grab a second.