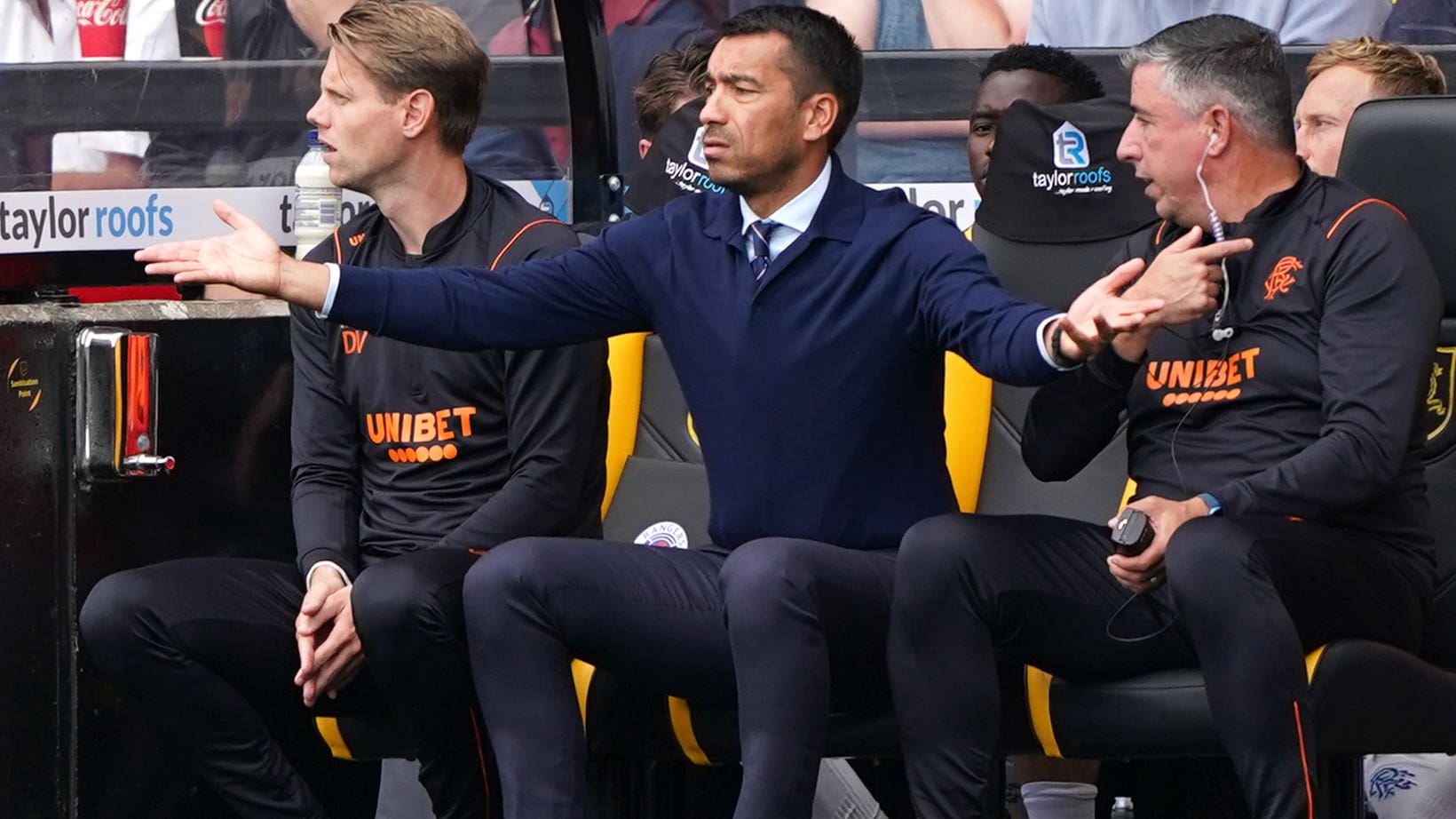 Giovanni van Bronckhorst watched his Rangers side recover from the loss of an “easy goal” against Livingston to win 2-1 in their hard-fought cinch Premiership opener at the Tony Macaroni Arena.

Striker Joel Nouble put the home side ahead in the fifth minute when he broke past Gers defender John Souttar to lob keeper Jon McLaughlin and he went on to cause the visitors trouble all afternoon.

Livi defended resolutely on their artificial surface until deep into the second half when two goals in three minutes – a header from substitute Scott Arfield and a 25-yard free-kick from skipper James Tavernier – took the points back to Ibrox to the relief of the huge travelling support.

Rangers boss Van Bronckhorst told BBC Scotland Sportsound: “It was a big win. It’s vital three points from a difficult away game on a difficult surface.

“The start we had didn’t help. It’s a very easy goal that should not have happened.

“We weren’t sharp enough in that moment and took us a little bit out of the game.

“It’s the whole defence on how we were setting up. There was no duel when the long ball came.

“We need to react better for the second ball, but we’ll be fine. It’s the first game of the season and we will learn from it.

“If you see the second-half performance, we deserved the win.

“In the second half we did much better. We changed our set up and then we had 45 minutes of one-way traffic.”

On Tavernier’s winning free-kick, which he curled past Livi’s debutant goalkeeper Shamal George, the Dutchman said: “We know the quality he has from spot-kicks and from shooting from distance.

“Eventually he scored a great free-kick that gave us the three important points. I’m happy with his performance and energy.”

Livi boss David Martindale claimed his side were worthy of a point at least and rued the second-half introduction of Arfield.

The Gers midfielder had scored for the Light Blue against Livingston on four previous occasions and this time he glanced in a Ryan Kent cross to bring Rangers back into the game.

Martindale said: “He is banned from Livingston that boy. His midfield runs are brilliant.

“He has made a career out of it – I think he only does it against Livingston now.

“I will need to try get him signed just to put him on the bench or in the stand so he is not playing against us.

“Scotty does what Scotty does and it was probably the first time in the game Ryan Kent put a cross in with his right foot.

“And then Tav does what Tav does, that’s why he is the captain of Rangers Football Club.”