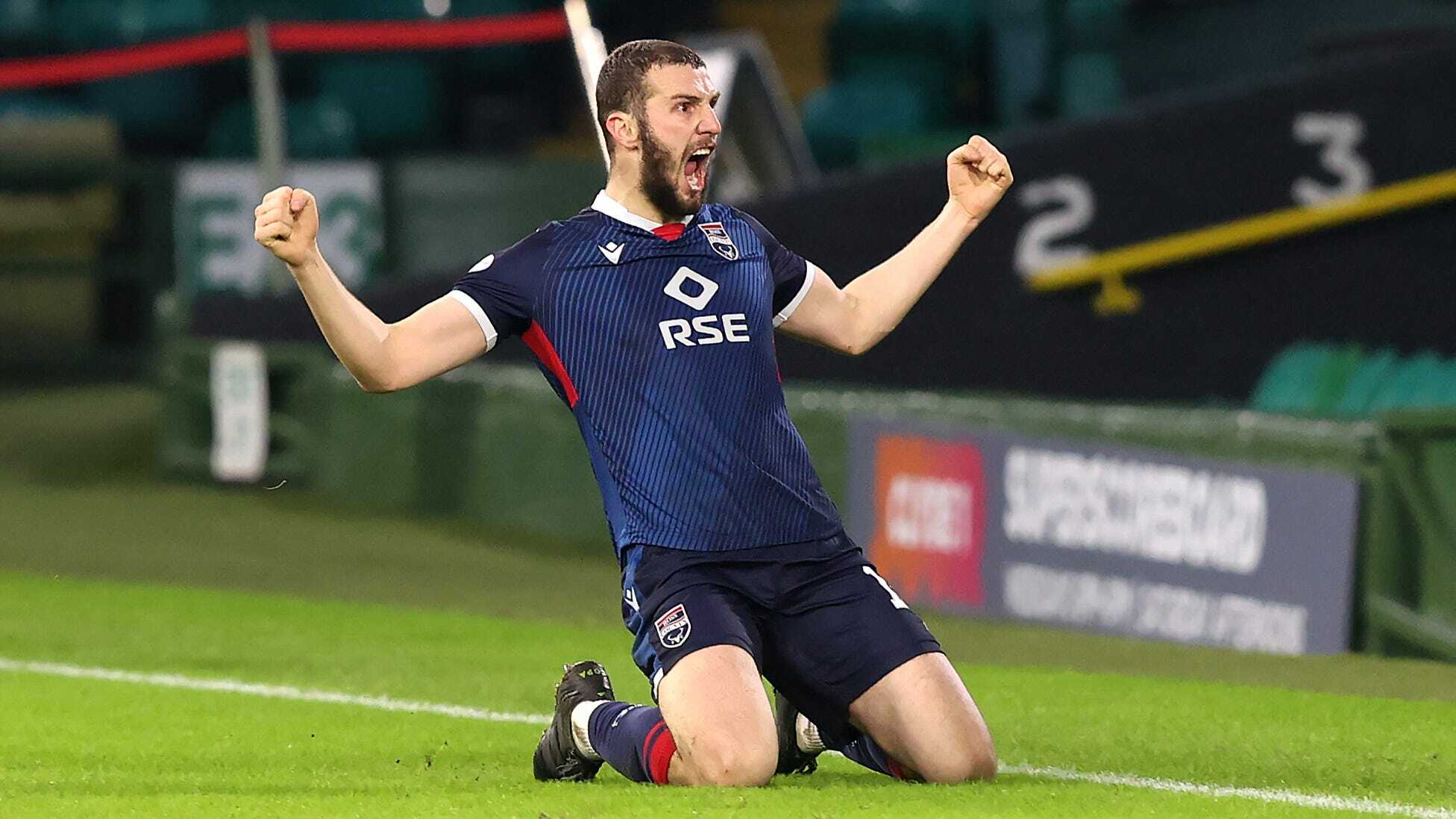 By By Anthony Brown PANovember 8, 2022No Comments

George Harmon and Alex Iacovitti were on target as Ross County climbed out of the cinch Premiership’s bottom two with a hard-fought 2-0 win away to Hibernian on Tuesday.

The Easter Road side had most of the ball and the bulk of the chances but it was the Staggies who were most ruthless on the night as they made it back-to-back league victories for the first time this season.

Hibs, who could have gone back up to third with a win, were booed off after suffering a fifth defeat in six matches.

Home boss Lee Johnson made two changes to the side that started Friday’s 4-1 defeat at Aberdeen as Kyle Magennis and Marijan Cabraja dropped out, with Elias Melkersen and Demi Mitchell coming in.

There were also two alterations to the County team that started Saturday’s win at home to St Mirren as Keith Watson and David Cancola replaced Jack Baldwin and Jordy Hiwula.

Four minutes later Mitchell got on the end of a cross from Ryan Porteous just outside the six-yard box but the wing-back was unable to keep his volley on target.

For all the possession they enjoyed in the early stages, Hibs struggled to create any clear opportunities. In the 25th minute, Kukharevych had a half chance when he threw himself at a Mitchell cross, but his near-post header sailed harmlessly over the bar.

The Hibees were forced into a change in the 38th minute when Mitchell went off injured and was replaced by Lewis Stevenson.

County started to grow into the game as it wore on and they had a great chance to take the lead in the 42nd minute when Owura Edwards’ cross broke to Jordan White on the edge of the six-yard box but the striker’s shot was deflected over by Paul Hanlon.

The visitors were not to be denied, however, and they went ahead in first-half stoppage time when Harmon got the slightest of touches on Yan Dhanda’s low cross from the right and diverted it into the net.

Hibs boss Johnson responded by making a double change at the start of the second period, with Elie Youan and Josh Campbell replacing Kukharevych and Nohan Kenneh.

The hosts had a good chance to level in the 52nd minute when Joe Newell’s corner fell kindly to Rocky Bushiri but the centre-back shot straight at keeper Ross Laidlaw from inside the six-yard box.

The Edinburgh side started to crank up the pressure around the hour and Ewan Henderson, Melkersen and sub Jair Tavares all threatened within the space of a few minutes. Porteous then saw a powerful strike from outside the box beaten away by Laidlaw.

But it was the Staggies who struck again in the 79th minute when centre-back Iacovitti was perfectly placed to slot home from eight yards out after being teed up by a Harmon cutback from the left.