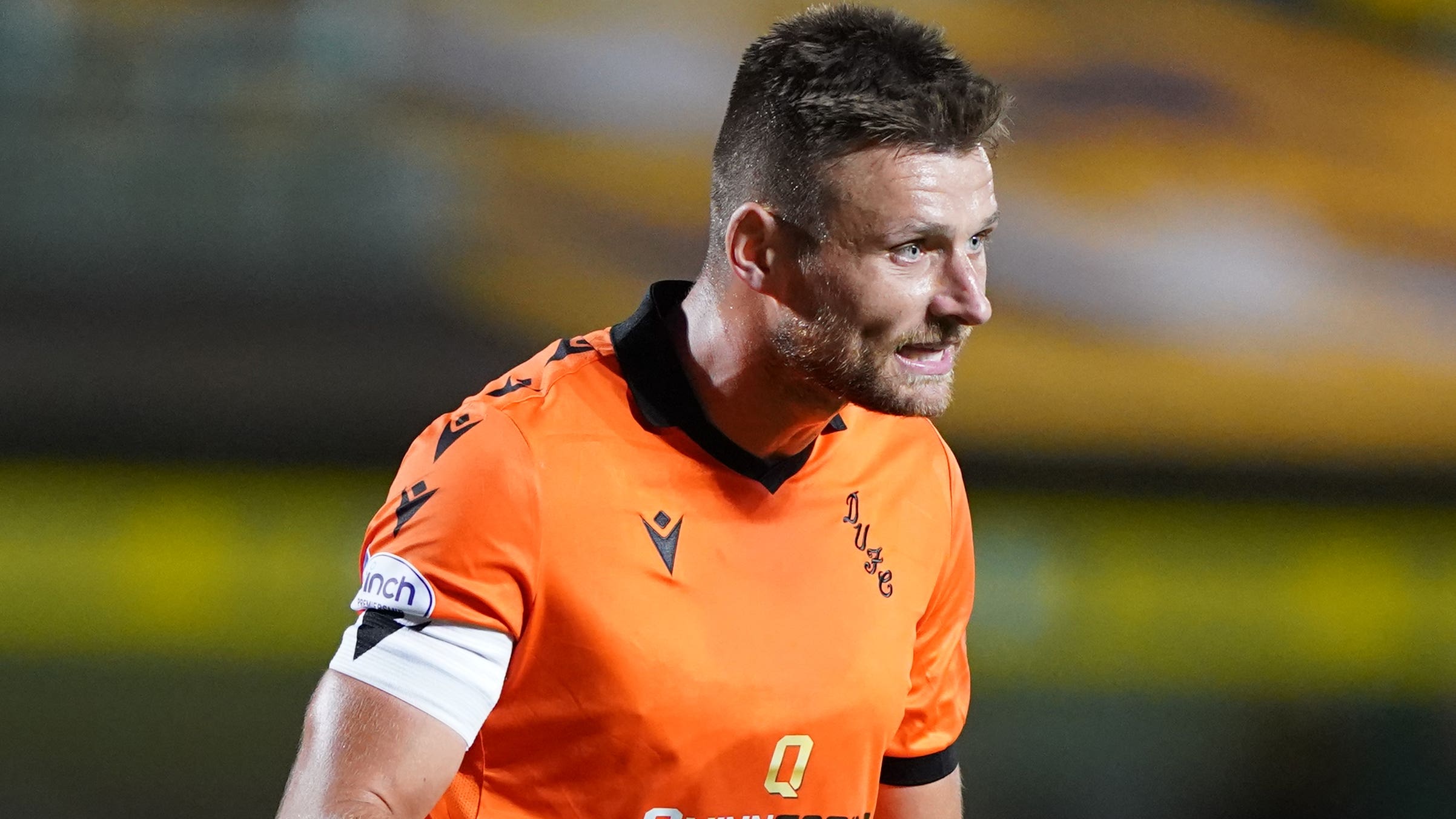 Ryan Edwards admits the feelgood factor from Saturday’s 4-0 victory over Aberdeen will evaporate if Dundee United fall flat at home to Hibernian on Tuesday.

The cinch Premiership’s bottom side notched their first league win of the campaign as they put the Dons to the sword in emphatic fashion.

However, Edwards is well aware that his team still have a lot of work to do get themselves back on track after a harrowing opening few months to the season which saw Jack Ross replaced as manager by Liam Fox.

“It’s been a very frustrating six or seven weeks and we’ve come in for a lot of stick, and rightly so,” said captain Edwards. “We have not been performing at the levels we’re capable of and that we showed on Saturday.

“But we’ve set a standard now, as we did against Alkmaar at home, and we’ve got to build on it now. We’ve got a good run of games coming up where we can pick up points and we need the points to cut the gap and get back to where we want to be.

“Saturday was only one game. As great a win as it was, we’re still not where we want to be. We’ve got another game against Hibs and hopefully we can kick on up the table.

“If we don’t match the standard of Saturday and we slacken off, we’ll know all about it from the staff and the fans.”

Manager Fox admits it will be a tall order for his side to make it back-to-back victories against a Hibs side who have climbed to third in the league after winning their last four matches.

“We’d love to see the same (performance) against Hibs,” he said. “We have to be respectful of Hibs because they’re on a very good run. But we’re at home again so we’ll do our very best to play on the front foot and get a positive result from the game.”