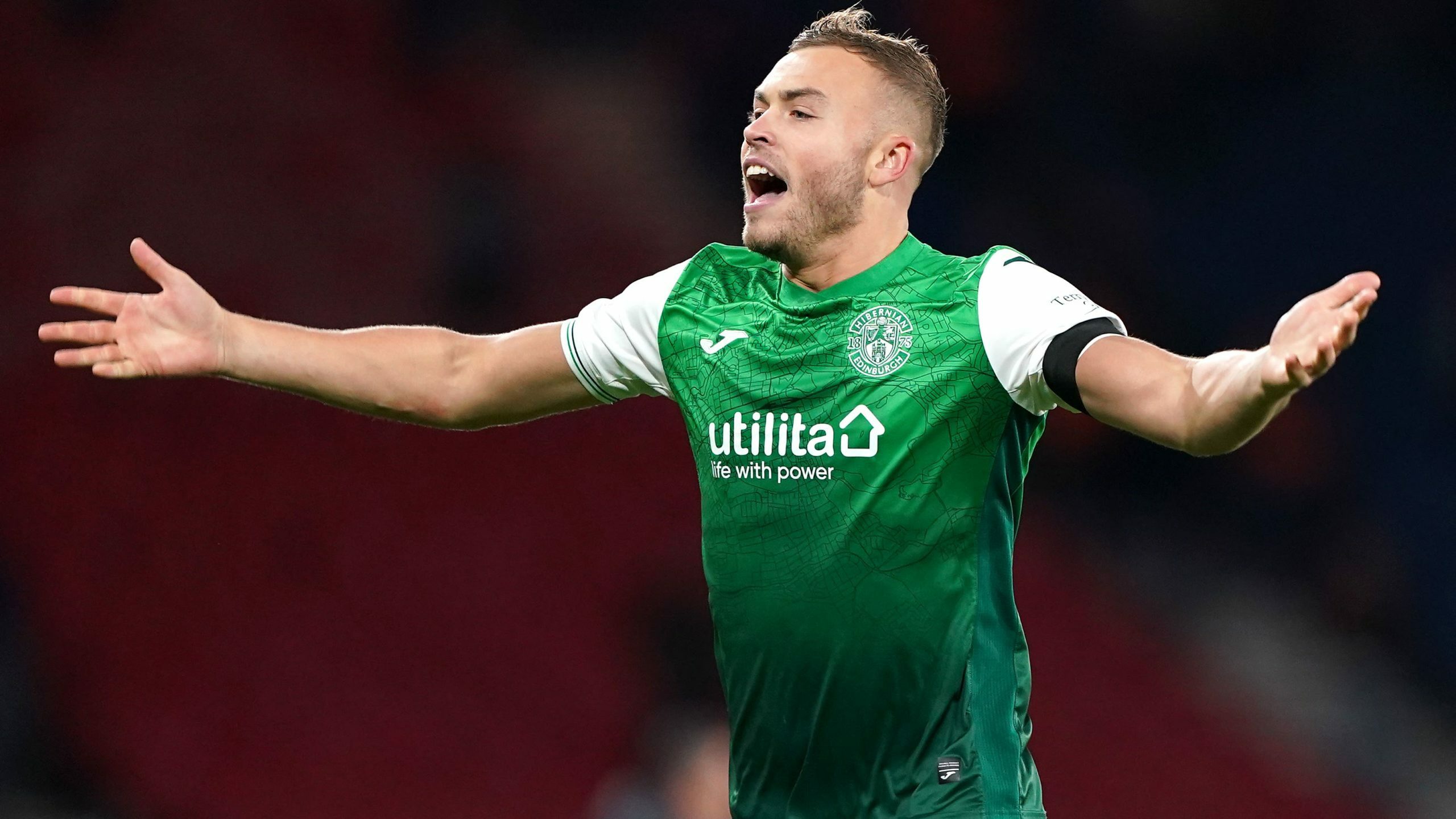 Ryan Porteous was the hero of the hour for Hibernian as his goal secured a 1-0 win against 10-man Motherwell at Easter Road to make it four wins on the bounce.

Before the match, the home fans had something to shout about as ‘Le God’ Franck Sauzee returned to Easter Road to cheer his former club on.

This helped get Hibs off to a flyer as Martin Boyle was put through on the right by Josh Campbell. However, his shot was fired directly at Well keeper Liam Kelly who collected cleanly.

Minutes later, the home side found a way through the Steelmen defence as Mykola Kukharevych put Elie Youan through on goal but he was unable to get the ball from under his feet to get the best of shots away as it was parried behind by Kelly.

Motherwell suffered some injury trouble inside the first 20 minutes as Blair Spittal felt a niggle after being nipped on the halfway line. He was only able to carry on for another five minutes as he was replaced by Ross Tierney after 25 minutes.

The brightest of chances for the away side came in the 40th minute when Joe Efford found room in the Hibs half and drove through to the box. He was taken down by Paul Hanlon just outside the area who was given a yellow card.

Two minutes before half-time, Campbell was taken down by Callum Slattery who was also given a yellow card. The following free kick on the edge of the box was fired right at the Well keeper by Porteous – making it all-square at the break.

In the 57th minute, Well suffered a blow as Connor Shields was sent off for a last-man foul on the edge of the box.

Lee Johnson made a double sub and brought on Kyle Magennis and Lewis Stevenson for Nohan Kenneh and Marijan Cabraja.

After 67 minutes the home side found the net to make it 1-0 as a savvy cross from a set piece found Porteous on the six-yard line who dutifully nodded it past a diving Kelly.

Porteous left the field briefly following a head injury sustained during his goal but came back moments later after being seen to by the physios.

With just over 10 minutes to spare, Hibs found the net again courtesy of a Kukharevych tap in but it was deemed offside by the linesman.

Hibs were able to weather some late pressure in the five added minutes to secure the win and move third in the table.