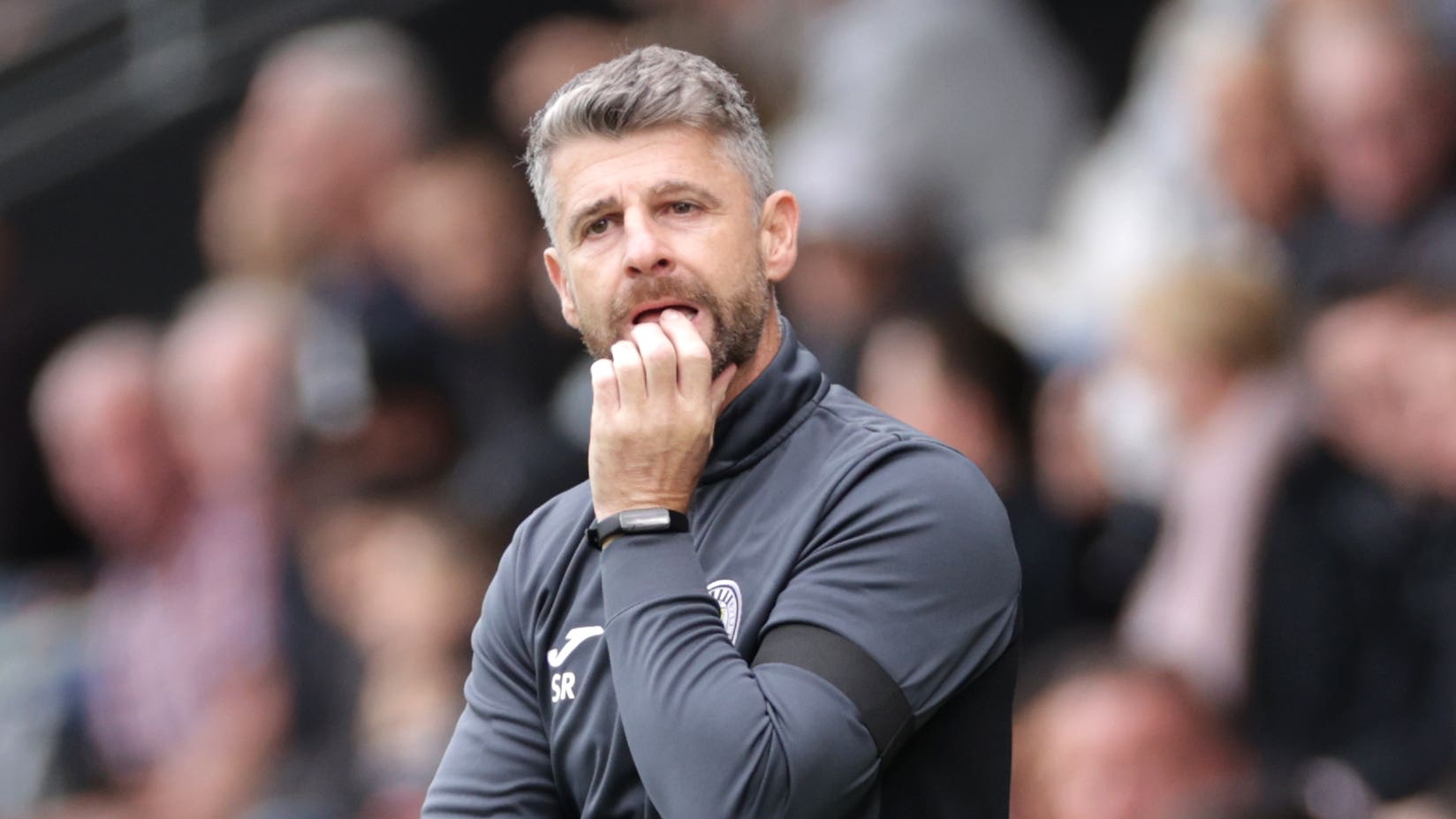 St Mirren manager Stephen Robinson was left frustrated after conceding an equaliser to St Johnstone in the sixth minute of injury time.

Nicky Clark’s overhead kick earned the Perth side a point after St Mirren had moved in front thanks to goals from Greg Kiltie and Mark O’Hara.

Graham Carey had scored first for the visitors who also had Alex Mitchell sent off in the second half.

Referee Euan Anderson had signalled for there to be five minutes added on after the regulation 90 minutes and then played an additional minute on top of that.

Robinson said: “Six minutes added time is when there’s a real serious injury and people are getting medical treatment. I didn’t see that. I don’t know where that came from.

“I asked Euan and he explained it to me. He said it was stop-start and he needed to put that extra time on. But there were only two minutes added on in the first half when there was a VAR decision. It doesn’t really make sense to me.”

A victory would have lifted St Mirren into fourth place but Robinson couldn’t be overly critical of his players.

He added: “It’s tough to take. I thought the boys were terrific in horrible conditions. We played very well considering. They went down to 10 men and were very difficult to break down.

“What a goal it was to break them down and then we’re five seconds from sitting in fourth place at the end. But we’ve got the same points as fifth.

“I’ve been told it’s the best start for 30-odd years for St Mirren after this amount of games. So we have to have realism and remember what we are and how far we’ve come.”

St Johnstone manager Callum Davidson admitted he got carried away with his celebrations after Clark’s strike ensured they left Paisley with a point.

He said: “I thought we started the second half a little better and controlled the game until the sending off. But that changed it and then Mark scores a wonder goal. We just had to take it on the chin.

“You saw that never-say-die attitude from the players. I probably over celebrated a goal a little bit too much. I don’t normally do that but I was just delighted to get a point.

“We’d had a man sent off so my blood was boiling at that point. But finally Ali Crawford put a great ball in and it was an unbelievable finish. We worked really hard and I think we got what we deserved.”