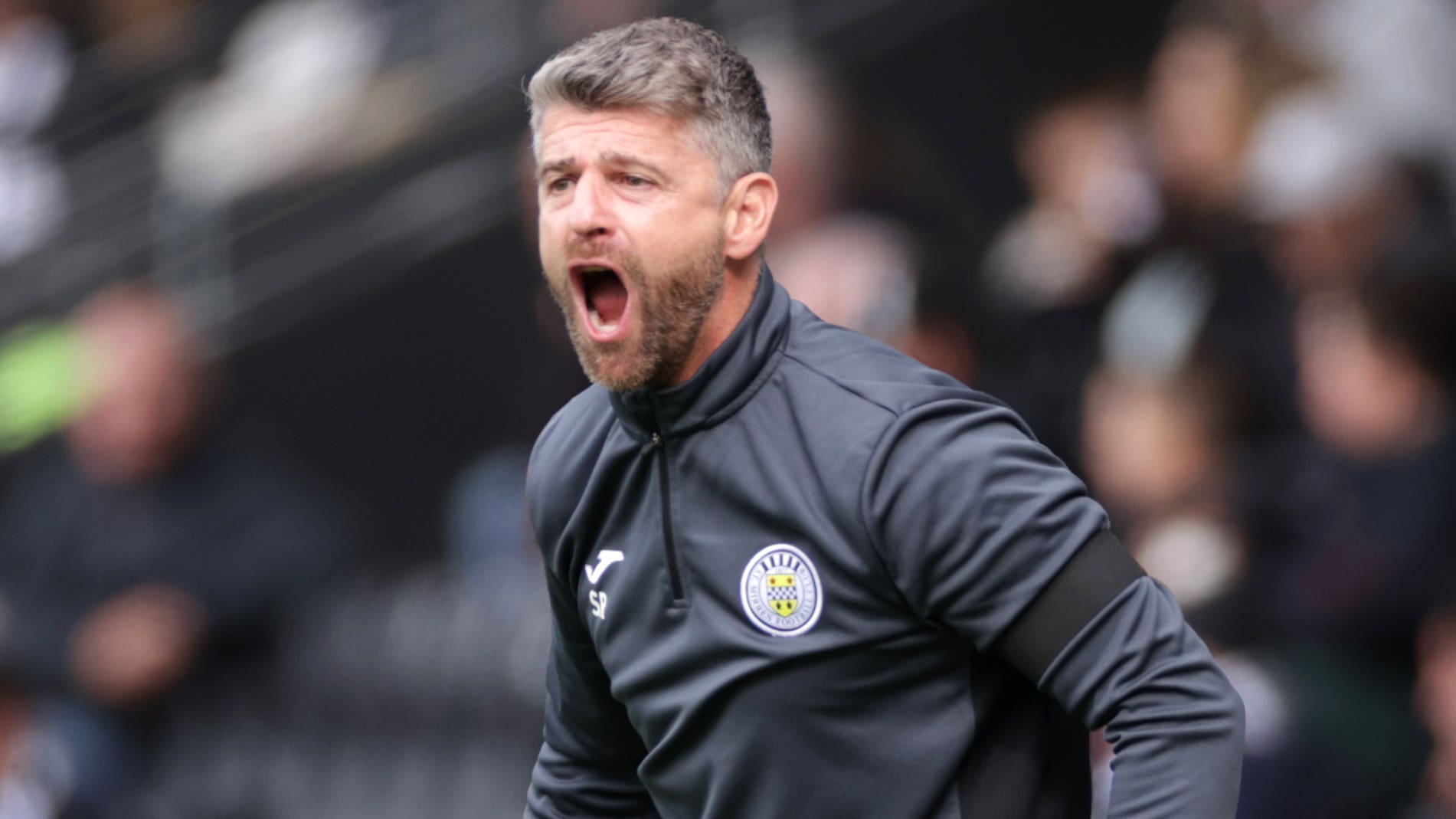 St Mirren boss Stephen Robinson: The game should have been won in the first half

By By Anthony Brown PAJanuary 7, 2023No Comments

Stephen Robinson was disappointed St Mirren failed to put in-form Hearts to the sword while they were on top.

The Buddies were the better side in the first half but only had one goal – from a deflected Ryan Strain free-kick – to show for their superiority.

They were made to pay early in the second half when Hearts midfielder Robert Snodgrass’s inswinging cross found its way into the net, securing a 1-1 draw for the third-placed Jambos.

“We’re disappointed not to have all three points,” said Saints boss Robinson. “The game should have been won in the first half. We were terrific and took the game to them, pressed them really well and showed great quality at times.

“We scored one and probably should have had another two and it wouldn’t have been unjustified. We started the second half well again but then started to drop off and that created spaces between the lines.

“Having said that, they had one cross into the box (Snodgrass’s goal) and one header throughout the game. We were quite happy for them to have possession and we hit them brilliantly on the break at times.

“It was just our end decision-making, as has been the case in the last couple of weeks. Overall, tactically I thought the boys were excellent. In terms of enthusiasm and energy, that is never in question.

“Hearts have had one cross into the box and a header but they got a freak goal. There’s not a lot you can do about it as it sails all the way in. It happens, but if that’s the only threat then that’s credit to my players.

“Ultimately we come away with a point and feeling disappointed.”

Saints had Marcus Fraser sent off in stoppage time after he was deemed – following a VAR review – to have trodden on Hearts substitute Jorge Grant while hurdling a team-mate.

“I’ve not seen it, I’m miles away from it,” said Robinson. “I thought it was a free-kick to us, although the referee was adamant it was a red and he’s had the benefit of seeing it again.”

Hearts boss Robbie Neilson was underwhelmed with the result but pleased with the improvement his team showed in the second half as they made it six games in a row unbeaten.

“I don’t think we’re ever happy with a point,” he said. “We wanted to take three points. The first-half performance wasn’t the levels we want to get to. The second half was miles better. Sometimes you have to take the point and get up the road.”