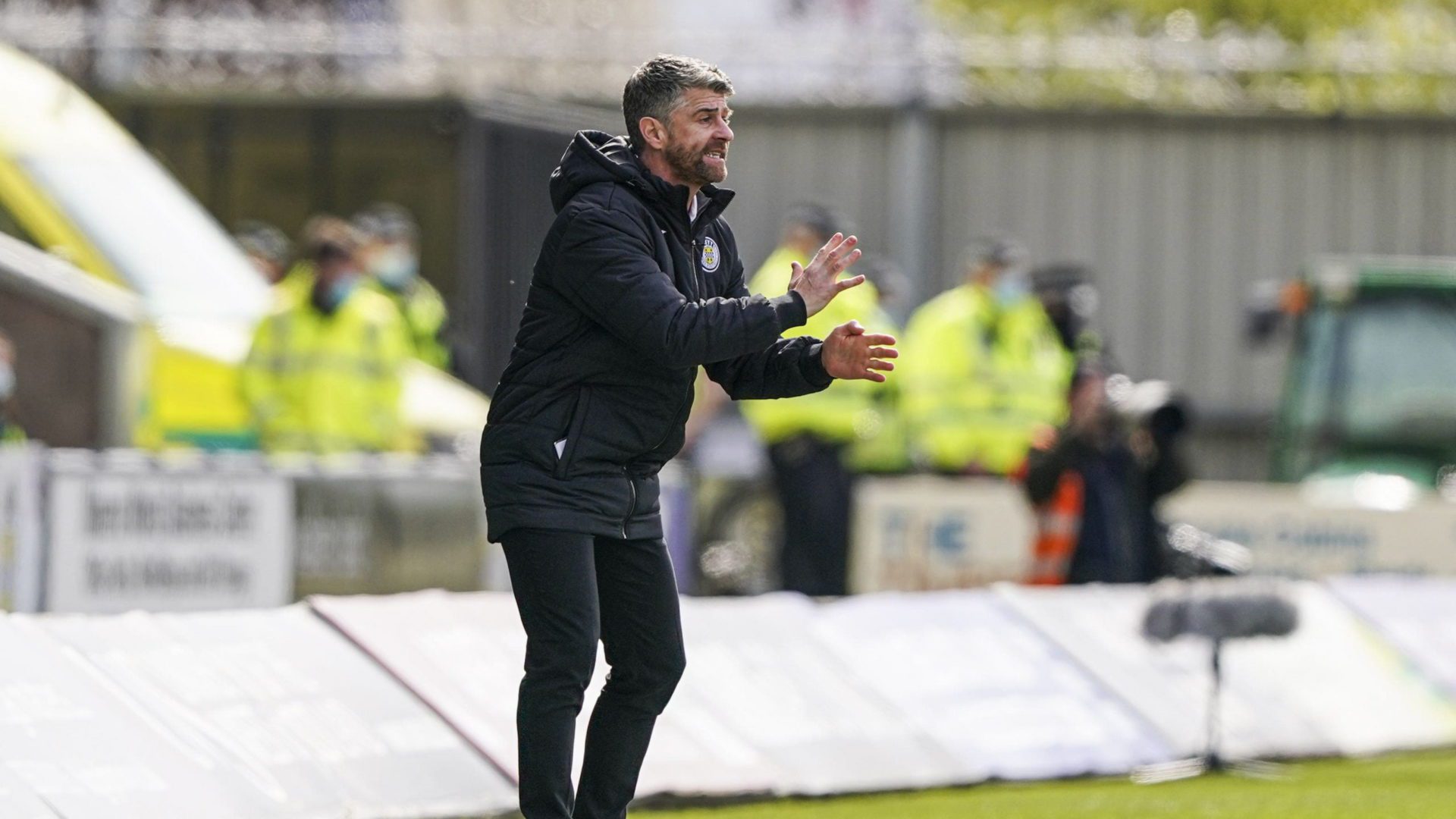 The Paisley outfit travel to Perth on Saturday for a huge clash against St Johnstone, knowing a win will move them eight-points clear of the relegation play-off spot with just three games remaining.

St Mirren, however, have a dire recent record at the home of St Johnstone as they have not won at McDiarmid Park since October 2014 and have not scored in their last seven visits there.

Robinson is determined to change that unwanted statistic and is adamant his players are not feeling the pressure as they strive to secure just their second win in 10 games under their new manager.

Robinson said: “We have to change that some time (record at McDiarmid Park). We go there and haven’t been on a good run of form, in terms of results, but we’ve had some decent performances.

“I don’t know about safe but it certainly makes it a lot harder to be caught and then you start looking up the way and looking forward to next season.

“It’s a big game for us and it gives us a chance to ease the pressure. If we win it makes it difficult for St Johnstone to catch ourselves but we’ll worry about that if we get the points.

“Listen, that’s what you are in football for. I’ve tried to take the pressure off them in the last few weeks and there’s a good spirit in the camp.

“You see the training ground and we don’t look like we’re looking over our shoulder but we’re obviously well aware how big the game is.

“The boys are playing through the pain barrier for myself and the football club and that’s credit to them.

“There’s a good group of boys here, they’ve stuck together and I’m confident we’ll get through this spell and then look towards next season.

“We know we can get better results as a collective.  Short-term we need a result in the next four games and then look forward to next season.”

Robinson knows his players will need to be up for the battle with St Johnstone fighting for their Premiership lives.

“St Johnstone are very well organised and have a very good manager and although they’ve struggled this year that doesn’t make him a bad manager.

“I’ve the utmost respect for St Johnstone and Callum (Davidson) but we have to be up for a battle to try and get maximum points.”

Defender Conor McCarthy believes the pressure is on the teams below them in the top flight.

McCarthy said: “There’s no doubt about it, it’s a really big game but we’re looking up the way rather than down the way.

“There is a lot of pressure on the teams below us rather than us at this moment, so we’re looking forward to the game.

“It takes just one win to halt the run we’re on and then we can just kick on and look forward to the rest of the campaign.”