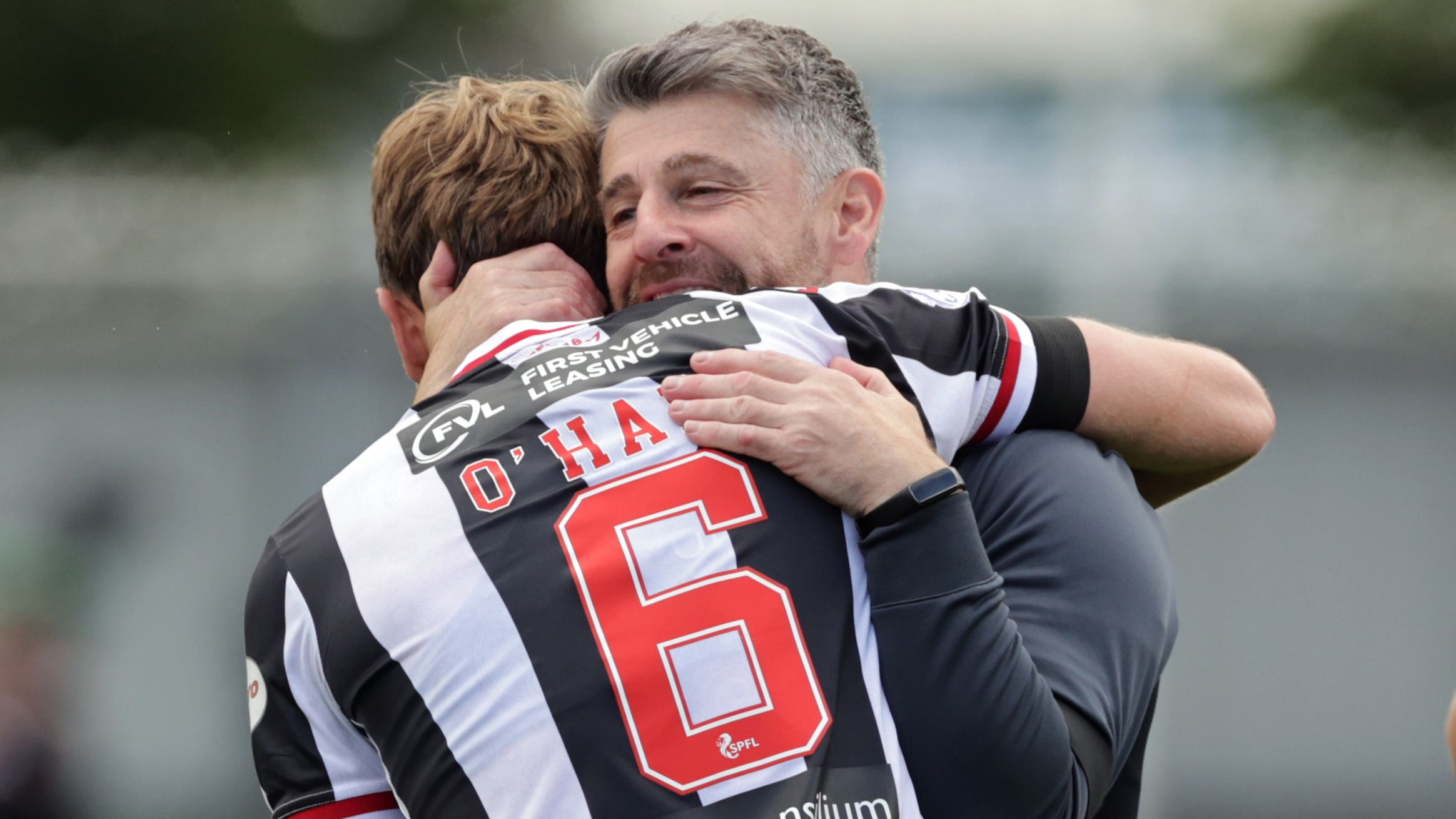 St Mirren manager Stephen Robinson praised his players for holding their nerve to seal a 3-1 win over 10-man Aberdeen.

It was the Paisley side’s first game for six weeks and they had to survive a late onslaught from the visitors before claiming a decisive third goal from Greg Kiltie deep into stoppage time.

Matty Kennedy had earlier given the Dons the lead before captain Anthony Stewart was sent off.

St Mirren took the lead following two Mark O’Hara penalties – one given as an own goal against goalkeeper Kelle Roos after the initial effort hit a post and rebounded off him.

Jonah Ayunga then missed a third penalty for Saint, giving Aberdeen belated hope before Kiltie shot into an open goal after Roos had gone up for a corner.

Robinson said: “After we missed the penalty, psychologically it gives Aberdeen a boost. You could see we were a little bit nervous.

“But also you have to remember we haven’t played for six weeks. So credit to the players. They dug in and defended when they needed to.

“We didn’t build the passes we needed to break the 10 men down in that 20-minute period and Aberdeen put that little bit of pressure on us. But Greg Kiltie comes on and shows great composure to score and we got penalties that we deserved because we played in the right areas.

“You’ve got to remember who we were playing, a team that’s invested a lot of money into their squad. So to get a result like that to get our campaign back up again is fantastic.”

Aberdeen boss Jim Goodwin felt his players could not be criticised for a lack of effort despite losing for a third time since the resumption of the league.

He said: “When Kelle Roos saves that penalty I thought that gave the boys a real lift and they were excellent from there on in.

“So I’ve got to credit the players. It would have been very easy when we went behind to throw the towel in and go under, but I don’t think the players can be labelled with that.

“It’s a tough one to take. To give away three penalties in any game is quite strange.

“And to be in front and play as well as we did in the first 15 minutes of the game, to then shoot ourselves in the foot in the manner that we did was the hardest part.”