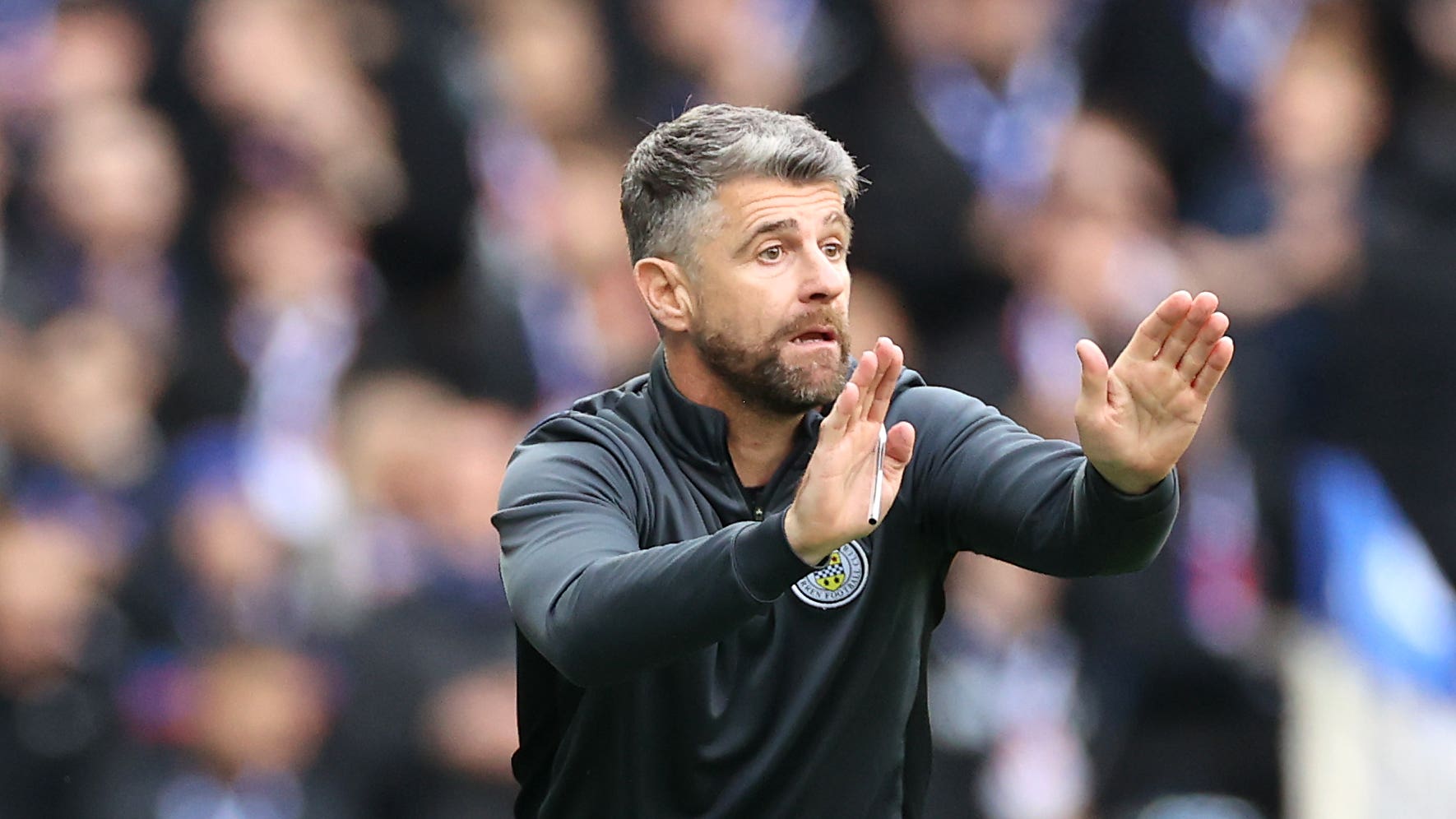 The Buddies saw their return to action delayed by frozen and burst pipes at Motherwell’s Fir Park last weekend and will end a six-week interval between games when they host Aberdeen on Saturday.

Robinson feels there is no advantage or disadvantage from Aberdeen playing twice in the last week – losing late on against Celtic and Rangers – and is confident his squad are ready to go.

“The boys were very disappointed not to play but these things happen at this time of year,” he said.

“I saw the pictures from Motherwell and there is not a lot you can do, crowd safety comes first. We move on and we are ready to go this Saturday.

“We had an 11 v 11 on Saturday morning among ourselves and we had another bounce game on Monday.

“We feel we have caught up with time and minutes and, when we analyse our data, it was like we had played a game. So we are ready to go.

“We have players who are training really well, they are right at the top of their game, and we aim to take the game to Aberdeen.”

Robinson has enjoyed the coaching time over the World Cup period after a hectic summer which saw him rebuild the squad amid a frustrating League Cup programme.

The theme was fine-tuning rather than making major change with St Mirren unbeaten in Paisley since the opening-day loss against Motherwell.

“We don’t intend doing anything different, we just need to do what we do even better and try and gain those percentages,” he said.

“And you need a little bit of luck along the way – some of those VAR decisions are due to go our way somewhere along the line.

“I feel we have quite a consistent 11 and four or five boys in the background who deserve to be playing. We have a group of boys who want to get better all the time.”