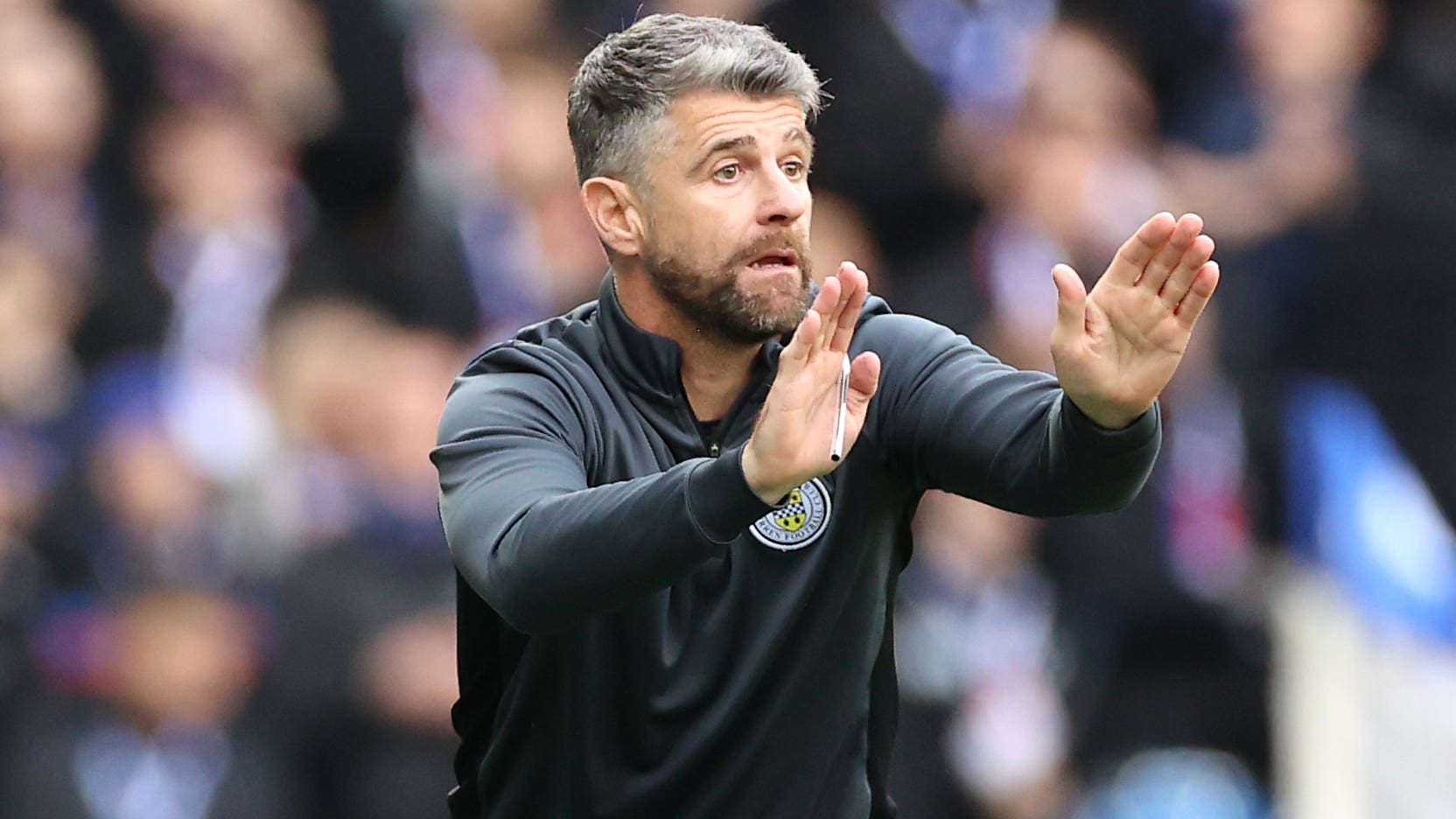 By By Ronnie Esplin PANovember 11, 2022No Comments

Stephen Robinson insists all his focus is on his job at St Mirren despite fresh speculation about his future.

The PA news agency reported that the Northern Irishman, Neil Critchley and Mark Bonner are all under consideration for the Luton hot seat following the departure of Nathan Jones to Southampton.

Robinson has also recently been linked with the vacant Northern Ireland international managerial post but, ahead of the home cinch Premiership game against Rangers on Saturday, he revealed he had not heard anything from Luton , his former club who play in the English Championship, as he denied any distraction.

The Buddies boss said: “I am used to it now.

“I suppose credit to the players and staff that you get linked with jobs but I am focused on a very hard job here.

“We are trying to over-achieve against the odds and that is what we are doing every week and we are doing it to the best of our ability so my concentration is solely on that.”

Former midfielder Robinson spent six years as a Hatter and helped them to promotion to the Championship in 2005.

He admits he enjoyed his time at Kenilworth Road but stressed again that St Mirren’s fate in the Premiership is the only thing on his mind.

Robinson said: “I absolutely loved it. We got promotion, nothing but brilliant memories for me.

“I’ve still got friends there and still speak to a lot of people from there and as a player it is a great football club but there is not a correlation between management and a player.

“It is credit to the players, if you are getting linked with jobs you are doing something right.

“We are joint-fifth, we are a point off fourth so it is credit to everyone here.

“So we will take it as a compliment but we’ll solely focus on the job in front of us.”

St Johnstone striker Nicky Clark’s added-time equaliser in a 2-2 draw in Paisley on Wednesday night denied St Mirren a win and means the Buddies have one victory in their last six.

However, St Mirren have in their memory banks the 2-0 win over Celtic in September and Robinson will take encouragement from the shock win over the champions.

He said: “It certainly helps with belief. You can talk all day about belief and work on the training ground about what you are going to do. The players have to carry it out.

“The bravery comes from the players not the manager and they showed tons of it against Celtic.

“They have done it in every home game, we can stay in the game when we haven’t got the ball and we are very good when we break.

“So we go into this game no differently, we are well aware of Rangers’ threat, they have players who can win a game in a moment, but we are also not fearful.”