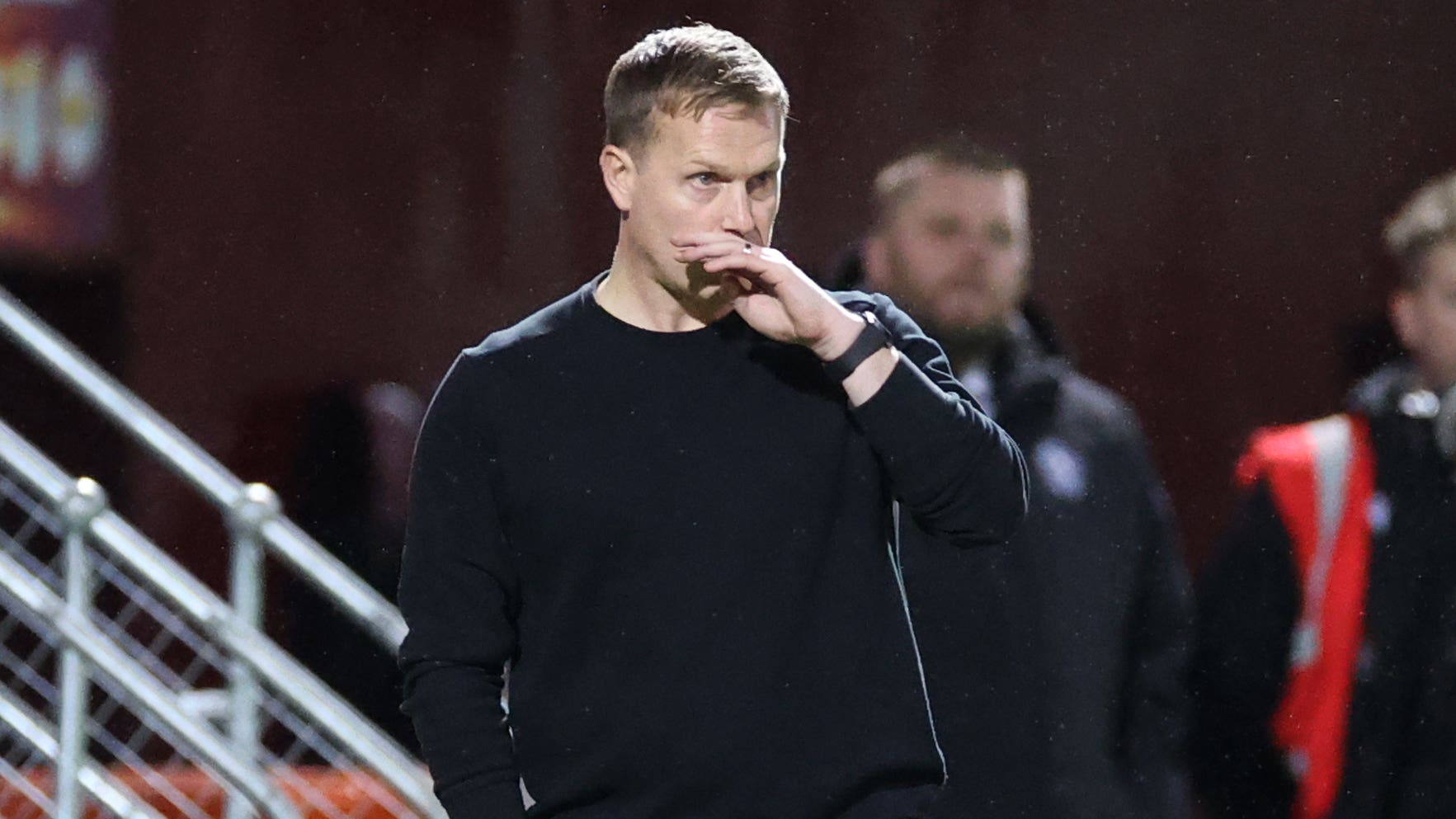 Motherwell manager Steven Hammell admitted their home point against Kilmarnock felt worse than a defeat after they squandered a two-goal lead against the 10-man visitors.

Killie had only seriously threatened once before Alan Power was shown a straight red card midway through the second half for a late challenge on Paul McGinn, with Motherwell leading through goals from Kevin van Veen and Callum Slattery.

However, McGinn headed into his own net five minutes later and Liam Polworth stunned his former club two minutes later when he found the top corner from 35 yards to earn the visitors a 2-2 draw.

Hammell said: “There was a three-minute spell within the 90 minutes where we have lost all momentum and they have capitalised on it.

“It’s happened a couple of times, we have come up against 10 men and we have struggled to deal with that. The momentum swing has almost gone the opposite way. We should be good enough and professional enough to deal with that.

“It probably feels worse than a defeat considering how big a game it was for us, the amount of prep we have done and the work we put in, to find ourselves in such a strong position, I felt it was a strong performance until then. To come away with a point and the sloppiness of the goals we concede, it’s just not acceptable.”

Hammell ordered his players in on Christmas Eve to analyse their collapse.

Killie manager Derek McInnes was frustrated that his side lost two goals so soon after throw-ins – one from Motherwell and one from his own team – but hailed their spirit.

“We have got it all to do and go down to 10 men and I thought the players were magnificent from then on,” he said.

“That feels like a very important point for us, it feels like some sort of moral victory. We are not gushing about it because we came here to win.

“We scored a fortunate goal but credit to the players, they are up on the game, and the second goal is sheer quality from Polworth, which he has.

“He turns that shot down too often, even in training, he chops. He is a technician, he likes to play that final pass and give someone else a chance to shoot.

“He even looked to play the pass but there was no-one outside him. It forced him to shoot and I’m glad he did because it was top class, as good a strike as you will see from that distance.

“From then on it was all about guts and bags of spirit. We thoroughly deserved the point, I’m just disappointed we would put ourselves in that position.”