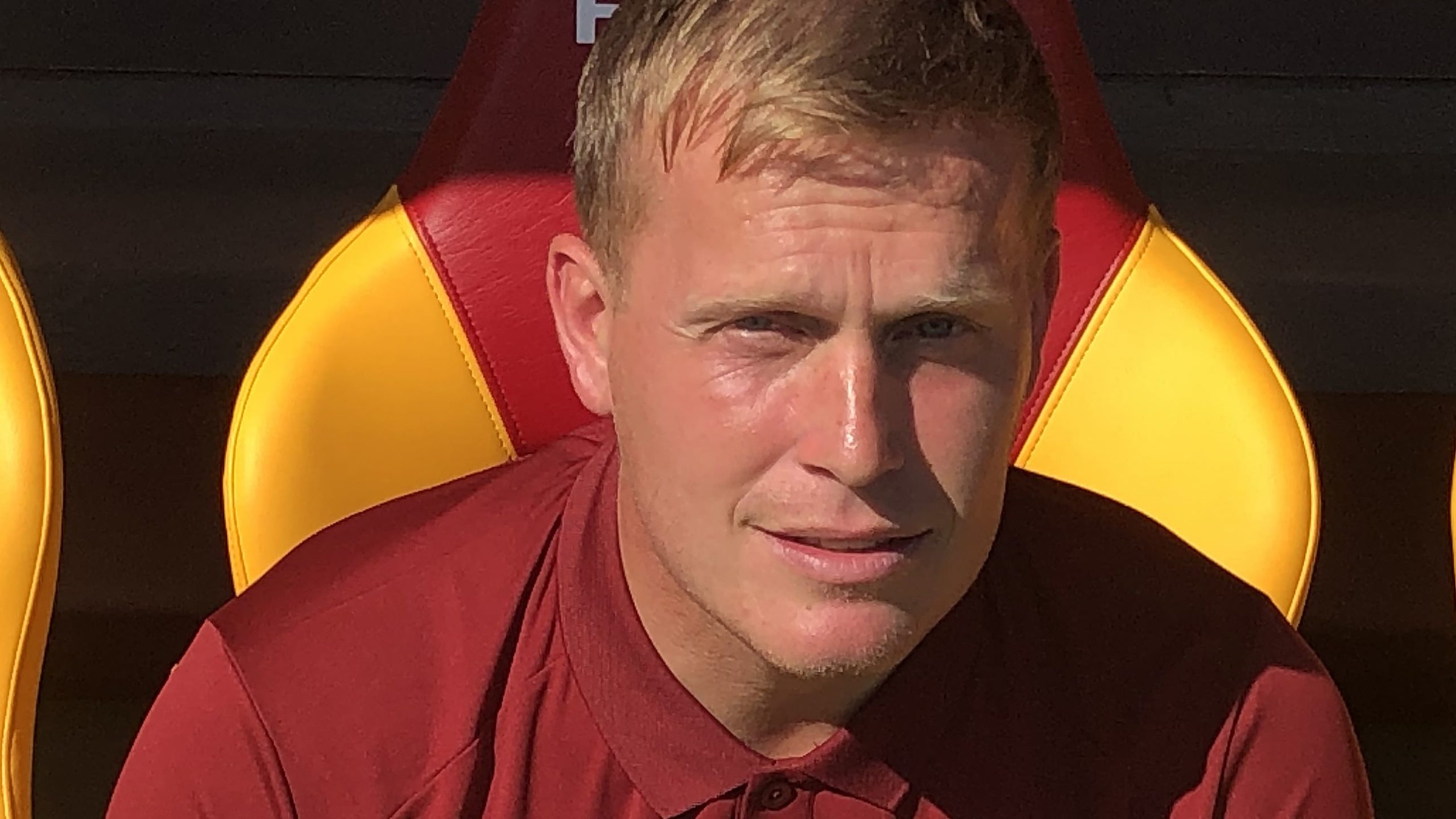 Steven Hammell made it two wins out of two as permanent Motherwell boss against Livingston on Saturday and immediately turned his attention to Kilmarnock next week.

After an uninspiring and almost incident-free first half the home side pushed ahead in the 67th minute when Dutch striker Kevin van Veen scored a controversial penalty given by referee Nick Walsh who judged that the ball had hit Cristiano Montano’s arm from a Sean Goss header.

Livi substitute Dylan Bahamboula was sent off in the 77th minute for picking up the second of two yellow cards for a challenge on Goss leaving the lacklustre visitors to finish the game with 10 men.

Former Well academy director Hammell enjoyed a 3-2 win at Aberdeen last week after a win and a draw as interim boss and targeted another three cinch Premiership points against Killie at Rugby Park.

The former Motherwell defender told MTV: “It was a massive win, a different win from last week.

“You saw in spells what we were trying to do and we deserved to win against a team who will pick up points home and away.

“We made no secret about it, we wanted to win the game and it is huge for us and we are delighted. 1-0 is excellent and 1-0 wins will make or break a season.

“We will enjoy it just now but we have already mentioned to the boys that we have another tough game next week.

“I am not being ‘that guy’ but there is another tough game next week against Kilmarnock and we need to prepare.

“The amount of work these players are doing during the week is incredible and you saw after 95-96 minutes they all dropped to the floor.

“But they were still pressing in injury time and we could have maybe scored again and that is really pleasing to see.”

Livingston boss David Martindale was adamant that it was not a penalty but nevertheless was unimpressed by his side’s performance and admitted that it was “a wee bit of a wake-up call”.

Looking to Aberdeen at Pittodrie next week after naming the same starting side for three games in a row, he said: “The players have given me a big decision to make for next week now.”