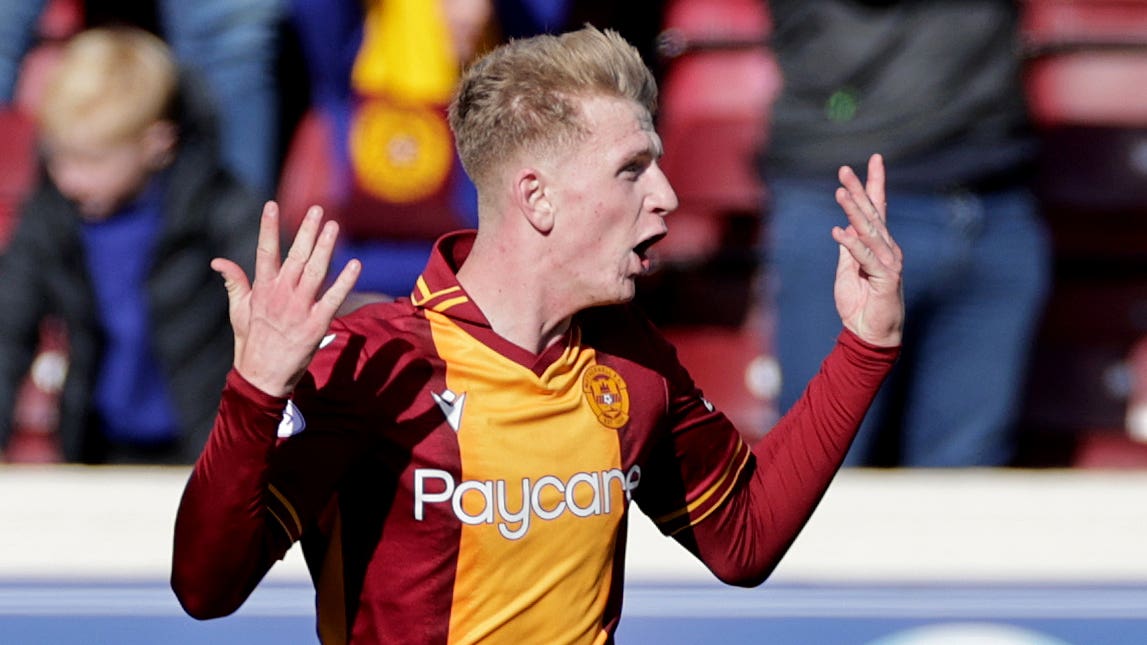 Stuart McKinstry admits he is still “buzzing” at re-signing for Motherwell more than two months on but he feels both hard times and good times at Leeds under the “mental” Marcelo Bielsa have helped him make an impact for his boyhood heroes.

The wide player left Motherwell’s academy at the age of 16 to join Leeds but his dream of donning the claret and amber came true when Steven Hammell brought him back to Fir Park on loan in August.

The 20-year-old picked up the club’s player of the month award after scoring against Rangers and Aberdeen in October.

McKinstry, who has made two first-team appearances for Leeds, said: “It was a hard move at the time being a Motherwell fan but I knew how big an opportunity it was and how big a club it was. It was a hard time but I got through it.

“I had a lot of good days and a lot of bad days but that’s football. To have those special days made it worthwhile. I loved the three years I was there even if there were bad days. I had to mature quickly, I went down at 16 and being away from family and friends is not easy. But I have matured so much as a person and that has helped me on and off the park.”

On former Leeds manager Bielsa’s influence, McKinstry said: “A few people have asked me what he was like and he was mental. I don’t think I could ever come across someone quite like him again.

“But what he did for me and a lot of the other young boys was mental, because he gave us so much time and put so much effort in to the young boys when he didn’t have to.

“Even when results weren’t going the first team’s way he would still focus on the young boys and that made us feel part of what they were doing. We respected that and 100 per cent he has helped me and my career and everything I have learned from the way he played football.

“Mental in a good way. He was different, and the different language was a hard thing to get past, especially being a guy from Motherwell, I went down there and didn’t have a clue what any of it meant. But I had to get used to it quickly, I couldn’t sit back and get help. You had to stay with it or fall away and I managed to stay with it.”

“Being a Motherwell fan, I knew who he was before he came in to the academy so it was always a bit more special for me than maybe for some of the other boys,” he said ahead of Sunday’s trip to play Hearts.

“He came in and really helped me with the 15s and that was a time I stepped up really. For him to be my manager is a bit different, but he has helped me so much since I came back and shown a lot of faith in me. I can only thank him and hopefully I can keep repaying him with goals and performances.”

McKinstry admits he had a “shaky” pre-season amid the uncertainty over where he would be playing but feels he is gradually getting up to fitness since getting the move he wanted.

“It had always been the place I wanted to go and couldn’t really believe it happened,” he said. “Still, a couple of months later, I am buzzing that it has happened.

“My granddad is a massive fan and I used to go to games with him as well. When I left Motherwell, I always said I wanted to let him see me play for Motherwell so that was a happy moment for me. The family are buzzing and they just want to see how far I can go this season.”