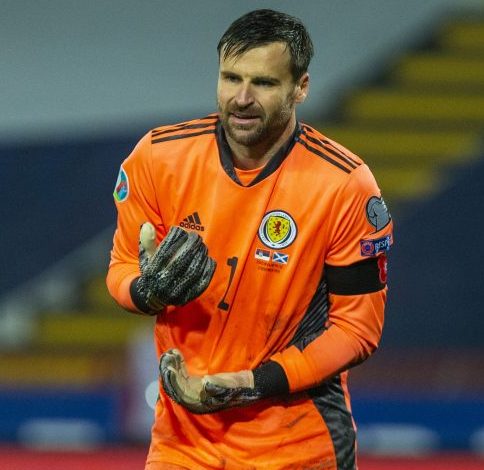 TAM MCMANUS: Marshall banished 22 years of heartache with one leap

As a 17-year-old I can still remember watching Brazil v Scotland in a bar in Tenerife with my family.

I, like many others, thought that it was just automatic that Scotland would take part at the biggest tournaments on a regular basis. I was in truth a wee bit spoiled.

But 22 years later and a year from turning FORTY we have finally made it back. I still can’t believe it.

It has been 22 arduous years with so many heartaches and disappointments but that was banished with one majestic leap to his left from the outstanding David Marshall.

It was nothing more than Scotland deserved because we were by far the better side on the night.

Every Scotland player to a man were superb and left nothing out on the pitch.

Every one of them, win, lose or draw could have no regrets. But special mention has to go to Stevie Clarke.

Clarke is the man who has instilled that belief in a squad that is talented but frail in confidence.

Nine games unbeaten and solid as a rock at the back, Clarke has carried on the wonderful job he done at Kilmarnock and made us incredibly hard to beat.

That’s all every Scotland supporter wanted. A team to be proud of who would give absolutely everything for the country.

We have that in abundance now.

We needed a lift. The whole country needed it and Ryan Christie’s post match interview I think summed up every Scottish fan.

He was right and many were crying with him. It has been a horrible year with people dying and losing their loved ones.

Times have been hard financially with people losing jobs. We had to win this game. It was massive for the country.

For once this year people are smiling and happy.

We all forgot about Covid in that split second big Marsh sprung like jaguar down to his left.

That’s the power of Football and precisely why we need to have football getting played at every level. We are back.

Let’s hope The Tartan Army get a day at Wembley and we can fill Hampden to the rafters in the other two games.

No Scotland No Party. Bring it on!