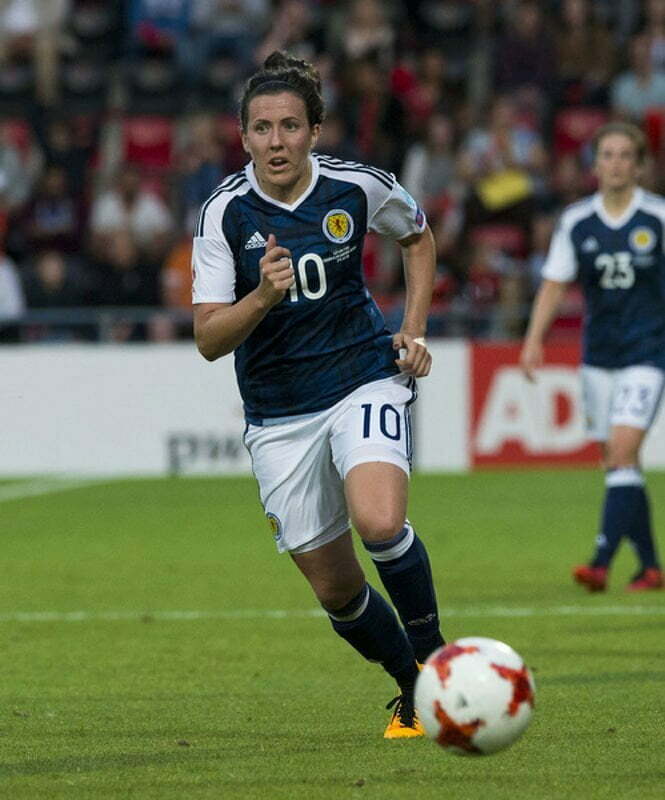 Scotland star Leanne Crichton says the Scottish Government’s £80,000 boost is a “huge leveller” ahead of the World Cup.

The significant windfall will allow the women’s squad to train full-time from January for next year’s tournament in France.

Shelley Kerr’s Scotland squad is packed with professional players, however some regulars play in the Scottish Women’s Premier League.

But the Glasgow City midfielder says the cash injection will allow all the players to prepare properly for the hotly-anticipated tournament.

She told PLZ Soccer: “I think this is a huge leveller for us. Most of the other nations have close to professional levels within their countries.

“We will be able to rest up and fully focus on the football without having to think about the external factors.”

Ex-Celtic and Hibernian star Leanne’s working life allows her to juggle both full-time employment and her football career.

But she said the opportunity to rest more will give the players the edge when they face off against the world’s best.

Leanne said: “With funding, if anything, it allows you the chance to do less. It’s more about the rest and recovery.

“That’s normally what the Scottish-based players miss out on. Our working days tend to be longer than those performing within a professional environment.

“For me it will free up time to allow the body to recover and focus more on the football and the training aspect.”

She added: “A lot of the girls are still part of education programmes, so to have the time and energy reserved when we get to the World Cup means we will be able to unleash to the same level as the other teams.”

The footie star was quick to praise the authorities for stepping up and showing their support for the national side.

She said: “We are absolutely delighted with the support of the Scottish Government.

“It’s not the first time they’ve stepped in to support us. This time it’s come around a lot quicker than it had done previously. It’s fantastic to get the news so fast after qualification.

“I’m delighted to be part of the team that’s qualified. The ultimate push now is to get to the World Cup.

“Having the support financially would be a real incentive, not just for myself but for the other players as well.”