Black: I was made a scapegoat at Rangers 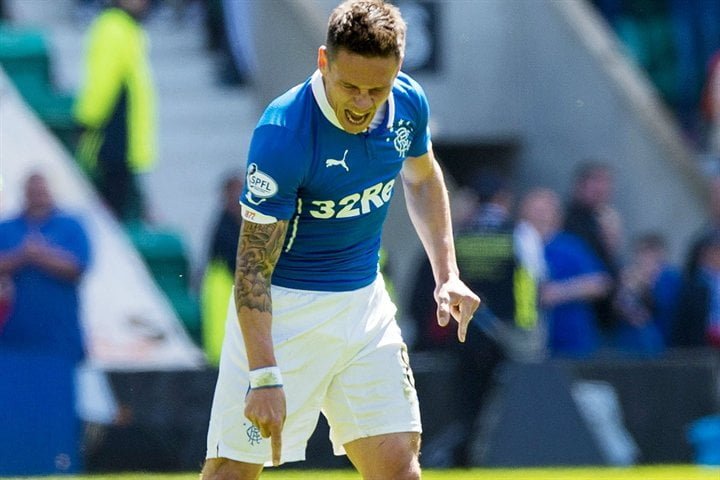 Former Rangers midfielder Ian Black is the latest player to fire a parting shot at the club as he says he felt he was made to take the blame for their shortcomings.

Black was among 11 first-team players who were released this summer from the Light Blues after they failed to achieve promotion to the Scottish Premiership.

Incoming Rangers chairman Dave King described the players as “failures” and since then Kris Boyd and Richard Foster, both of whom were surplus to requirements at Ibrox, have made it clear they were unhappy with their treatment.

Black also believes the criticism he received and the club’s handling of his departure was disrespectful.

“It was weird to read in the papers that we were all released. We’d achieved two promotions and we had a bad season last season, but we didn’t even get a thank you or a phone call to say you’re not getting your contract renewed.

“It would have been more respectful had that happened but none of us have received that,” he told Sky Sports News.

“I had a reputation and sometimes I think it was fair and other times it wasn’t but to be made a scapegoat is poor.”

Black was forced to watch from the sidelines only playing a bit-part role under interim boss Stuart McCall. The former Hearts midfielder believes that was because his reputation had gone before him.

“I didn’t play as much because they were trying to protect me. I had a different view because I get that everywhere I go.

“I definitely think I was made a scapegoat with a couple of the other boys.”

Black, 30, now sees his future away from Scotland.

He said: “I’ve not had any injuries which is a benefit. I’ve got a few options down south and it’s just a case of weighing them up and picking one and getting on with the challenge.”