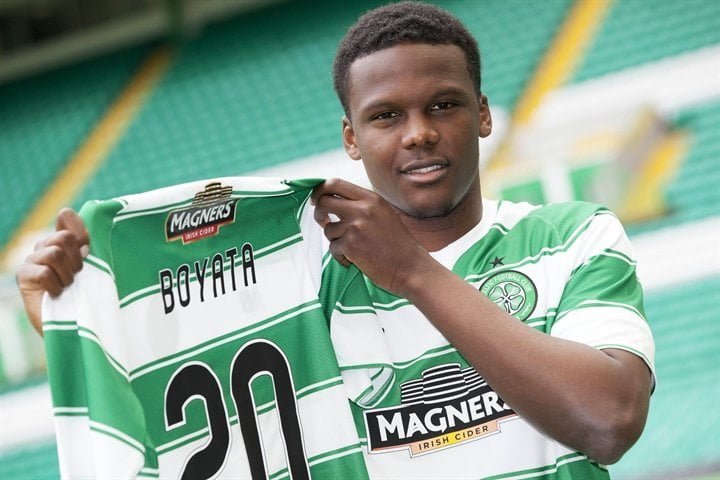 New Celtic signing Dedryck Boyata says a huge factor behind joining the club is being able to showcase his ability in the Champions League.

Celtic confirmed they have completed a £1.5 million deal to sign the Manchester City defender on a four-year contract ahead of the start of their Champions League qualifiers in mid July.

Ronny Deila’s men will have to circumnavigate three rounds of qualifiers before progressing to the group stages.

Boyata, 24, endured a frustrating time at the Etihad having been unable to cement his place in the first team but is ready to put that behind him for a fresh challenge at the Hoops.

“Being able to play in the Champions League is really important for any player,” Boyata said.

“I was at City for the last couple of seasons when they were in the Champions League and never had the chance to go on the pitch. I only got as far as the bench so for me I think it is really important as it’s a way to show the big world on TV how good you are.

“I’m really pleased for a new challenge and to join this massive club. For it’s me a big opportunity and I’m really delighted it has been done.

“What sort of player are Celtic getting? They are getting a strong defender, who is quick and has good ability on the ball.

“It’s been a few frustrating years at City. It was getting a bit complicated and I wasn’t getting a game. From the moment I spoke to the old manager I knew it was time for a new challenge.

“I hope to have a good season here and win as much silverware as possible. I’m here to win titles and qualify for the Champions League.”

The Belgium international will replace his compatriot Jason Denayer who spent a year on loan at the Scottish champions before returning to his parent club Man City this summer.