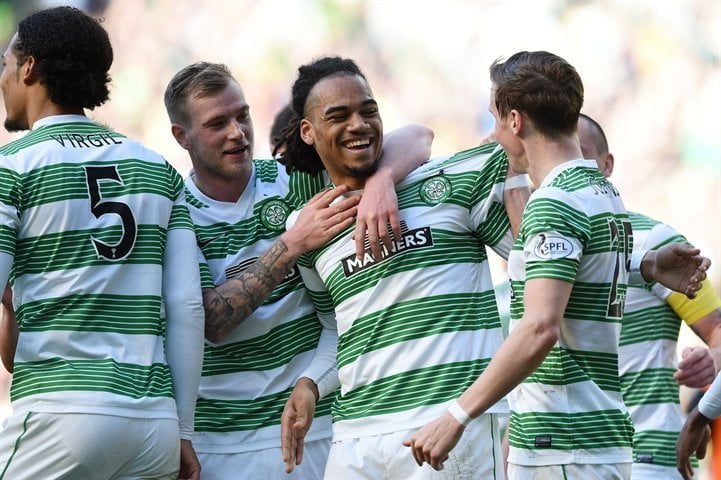 Celtic midfielder Stefan Johansen rounded off a fantastic weekend as he followed up Celtic’s title triumph to be named the PFA Player of the Year award for 2015.

Ronny Deila’s men were crowned Champions on Saturday for a fourth successive season after Aberdeen failed to beat Dundee United and Hoops star Johansen’s weekend was completed when he scooped the prestigious award on Sunday.

Highlanders boss John Hughes claimed the Manager of the Year award, guiding Inverness to the Scottish Cup final and are on course to finish third in the Scottish Premiership.

Meanwhile, in the Scottish Championship Hibernian midfielder Scott Allan received the Player of the Year award. In League One Aberdeen loannee Declan McManus was named Player of the Year after firing Morton to the title with 23 goals this season, while Arbroath’s Bobby Linn won the League Two award.

St Mirren starlet Stevie Mallan’s wonderful effort against Dundee was voted Goal of the Season, while Dundee United striker Jordan Moore received the Special Merit award for raising awareness about skin cancer after the 21-year-old battled against the disease himself.