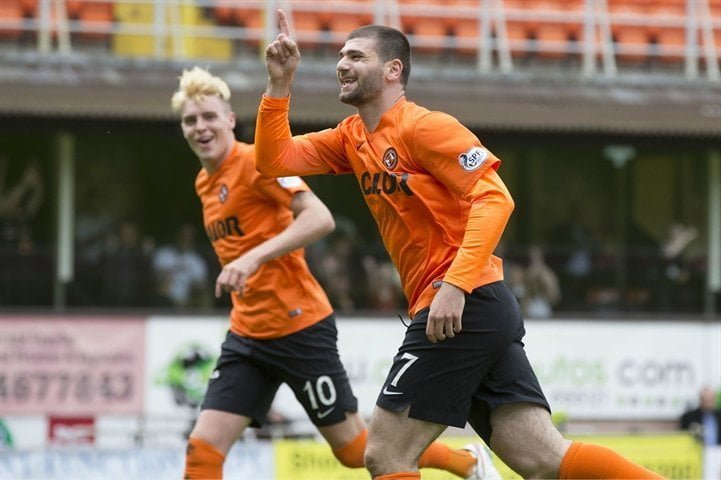 Dundee United have revealed striker Nadir Ciftci has rejected the offer of a new 12-month deal as he seeks a new challenge elsewhere.

The 23-year-old, who is entering the final year of his contract, has impressed since joining the club in 2013 from Dutch outfit NAC Breda in 2013, scoring 33 goals in 82 appearances.

Ciftci, who has been linked with Celtic and is at the centre of a Scottish FA enquiry into biting allegations, told the club’s official website: “After extending my two-year contract in December 2013 with an extra year, I have decided that after three years at Dundee United I will be looking for a new challenge.

“I’m satisfied with my development so far and therefore I must thank the coaching staff who played a big part in that. I would also like to thank the fans and the club, who have always been behind me.”

United now have to decide whether to cash in on their top goalscorer as they did with Gary Mackay-Steven and Stuart Armstrong last season or let his contract run down until it expires next summer.

Dundee United boss Jackie McNamara suggested it was the latter, he said: “Nadir is a top performer for us and his worth to the team is much more than goals.

“He is a regular and this season alone played more than 85% game time which is evidence of the positive and professional attitude he has on and off the pitch.

“People forget he is a young player and we are pleased to be part of his development while getting the best of him on the pitch.

“We respect his decision and his ambition as we know he’s attracted significant attention from other clubs.

“However I’m looking forward to welcoming him back for the new season so that he can be part of a side that will once again challenge at the top of the game.”