By Peter MartinSeptember 23, 2016No Comments 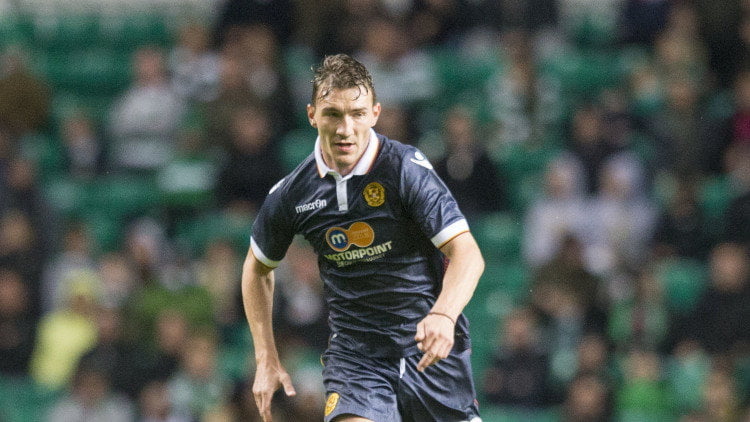 Craig Clay believes Motherwell are the perfect platform for himself and his fellow Conference recruits to shine.

Motherwell have capitalised on the talent available in the Vanarama National League to good effect in recent years.

Former Kidderminster winger Marvin Johnson made them a tidy profit when he was sold to Oxford last month and Louis Moult has scored 25 goals since he was bought from Wrexham.

Motherwell this summer signed Ben Heneghan from Chester and bought Ryan Bowman from Gateshead as well as bringing in Clay and Richard Tait from Grimsby, who won promotion back to the Football League last season.

Clay said: “I think all the lads have stepped up well. Grimsby was a big club and you are expected to win most games so there is a big expectation.

“But you always want to play at the highest level and it’s hard to get out of that league with only one team going up automatically. It’s a tough league.

“There’s a lot of players who go unrecognised so I think they could pick up a few more gems.”

Clay has shown some good skill and passing ability in recent matches and is enjoying the chance to get on the ball in the Ladbrokes Premiership.

“I had a bit of a bit-part pre-season so I feel like I am just fully getting up to fitness,” the 24-year-old said ahead of Saturday’s game against Partick Thistle at Firhill.

“But I am loving the games. They try and get the ball down and play good football, and I think that suits me.

“It’s a lot tougher. The majority of games, give or take the Celtic game, are all quite close. One goal here or there normally nicks the game so you have to be concentrating every single minute, and I am liking that.

“Down south in the Conference there is a lot of games where it’s just hoof-ball and it’s obviously going over your head as a midfielder. So I like it when you get it down and play it through midfield and you can get involved a bit more.

“You have to put it into channels at certain times but if the ball is just getting lumped back and forward and never played through the middle then it’s hard to put your stamp on the game. I like getting on the ball and getting busy all over the pitch.”