Collins: Times have changed we are now the dominant force 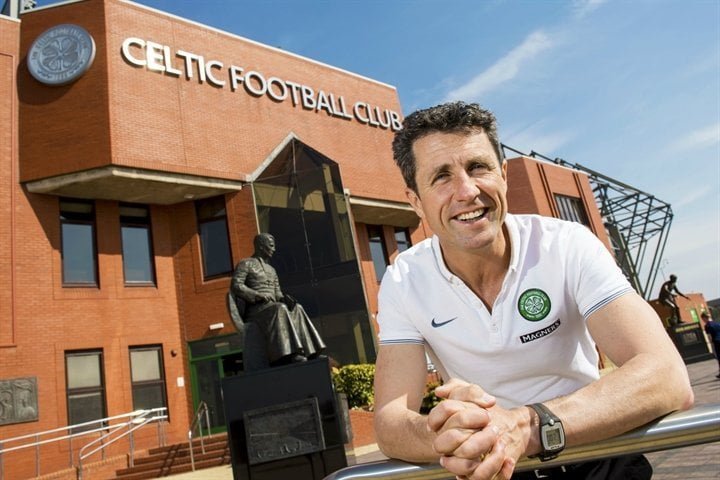 Celtic assistant boss John Collins says he is relishing the opportunity to win the treble as a No.2 having had to watch city rivals Rangers win it while he was a player.

Collins watched on enviously as Rangers claimed a treble in 1993 during his playing days for the Hoops while they struggled financially.

However, Celtic are now on course for a domestic clean sweep having won the League Cup, are in the Scottish Cup semi-finals and are seven points clear at the top of the Scottish Premiership.

And the 47-year-old says that the times have changed and he’ll take just as much satisfaction as an assistant manager if they win the treble.

“Did I look on with envy when Rangers won the treble? Very much

“As a player you want to win things and Rangers at that time were the dominant force.

“Times have changed. It is now us who are the dominant force and the most important thing is we stay where we are.

“I can speak for everybody, the management team, the players, staff, every supporter; the treble is special.

“Not many players or coaches have achieved it so if we do achieve it will be great for everybody.

“We are in a good position in the league, out in front playing well, winning games, not conceding, scoring goals although we could be scoring more.

“We are in the driving seat but nothing is concluded.”